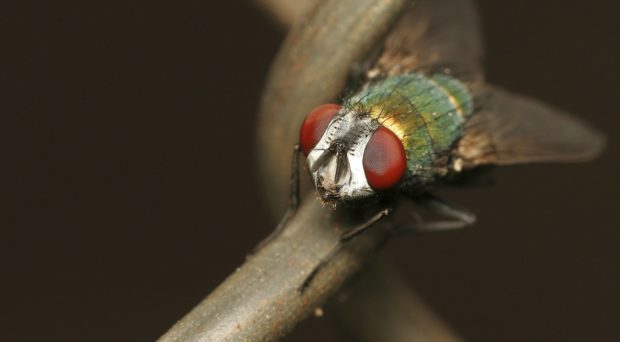 Tsetse flies, similar to that pictured, are the main vector of this disease.
Photo Courtesy of Pixabay

Human African Trypanosomiasis (HAT), also known as sleeping sickness, is a fatal neglected tropical disease of which approximately 70 million people living in sub-Saharan Africa are at risk.  It is transmitted by tsetse flies carrying the protozoan parasite belonging to the Trypanosoma genus. The disease has two distinct clinical stages – the peripheral (bloodstream) and central nervous system stages – as symptoms develop from non-specific malaise, headaches and fever to sleep disturbance, manic episodes, coma and death.

Although HAT can affect travelers returning from endemic areas, the large majority of people who develop the disease live in rural and isolated areas where health systems are often weak or non-existent. Considered a public health problem, the World Health Organization (WHO) has targeted elimination of HAT by 2020.

Before 2018, the treatment of HAT involved four drugs including pentamidine, suramin, melarsoprol and eflornithine, and more recently, a nifurtimox-eflornithine combination therapy (NECT). Each of these has their downsides – especially the toxic melarsoprol. Although NECT significantly decreased the number of new cases, the treatment still requires hospital admission, sterile equipment for lumbar puncture and trained health care professionals, which are often a challenge in the HAT endemic areas.

In 2005, the non-profit group Drugs for Neglected Diseases initiative (DNDi) rediscovered fexinidazole, which is thought to be the first solely oral treatment effective for both early and late stages for one strain of Trypanosoma. Last year, the first results of the multicenter, randomized, non-inferiority trial demonstrated the safety and efficacy of oral fexinidazole for the treatment of late stage Trypanosoma brucei gambiense. Additionally, there were no recorded deaths in the trial.

The Future Is Bright

Because HAT is a fatal neglected tropical disease affecting mostly rural and remote parts of sub-Saharan Africa, and the treatments used for HAT are highly toxic and even fatal, this was a major breakthrough.

Control strategies for HAT are moving away from traveling mobile teams in rural areas and shifting towards passive case detection at primary health centers. Moreover, molecular target testing, anti-tsetse vaccine research and other vector control programs are underway. Although there is still much work to be done in this area, it is possible that the advent of new molecular techniques and fexinidazole will aid WHO’s target of elimination by 2020. 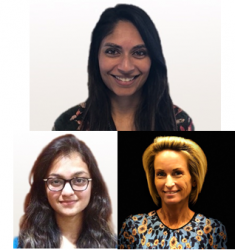 Dr. Leila Makhani is a family physician with a special interest in vulnerable populations, refugee and migrant health and has recently completed a clinical fellowship in tropical medicine. Leila works with the aim to provide equitable access to health care and continues to work collaboratively between the areas of primary care, vulnerable populations and tropical medicine.

Priyanka Challa is an undergraduate student at the University of Toronto. She is a research trainee in Dr. Andrea Boggild’s lab and her work primarily focuses on leishmaniasis.

Dr. Andrea Boggild is an Associate Professor in the Department of Medicine at the University of Toronto, and is the Medical Director of the Tropical Disease Unit at Toronto General Hospital. In addition, she is the Parasitology Lead for the Public Health Ontario Laboratory. As a Clinician Scientist, she leads international research collaborations in the field of tropical medicine.