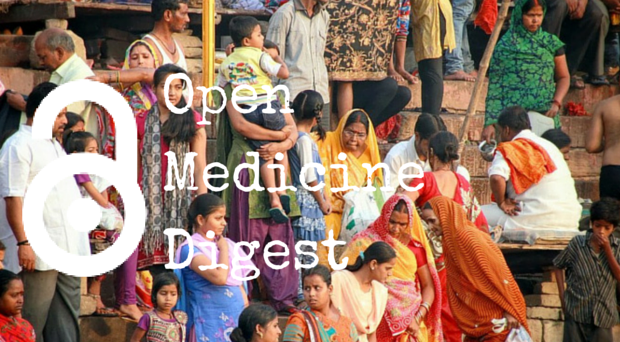 Diabetes is becoming increasingly common, especially in rapidly developing countries. More than 80% of deaths from diabetes occur in low- and middle-income countries, highlighting an urgent need for diabetes screening programs in such settings.

In India, around 53 million people have been screened for diabetes using survey-based methods or blood glucose testing, and the Indian government plans to expand the screening program. However, there is little information available on whether community-based screening is effective.

To address this gap in knowledge, researchers developed a microsimulation model using data from 58 studies across India to estimate the diagnostic and health service implications of survey-based screening and random glucometer-based screening. The results of the model revealed that large-scale screening is likely to produce many false-positive results – especially when survey-based testing is used – suggesting that diabetes screening using current methods in India is unlikely to be reliable.

The authors conclude that symptom-based screening and treatment of those with confirmed diabetes could represent more appropriate resource allocation than mass screening to reduce the growing burden of diabetes in India.

Hypertensive disorders of pregnancy – including both pregnancy-induced and pre-existing hypertension – are associated with higher blood pressure (BP) in offspring. Now, a large study of maternal–offspring pairs has been conducted in the UK to investigate whether BP elevations in offspring vary over time.

Children of mothers with hypertension during pregnancy had higher BP than offspring of normotensive mothers, and these differences remained consistent across childhood and adolescence. Interestingly, maternal BP at 8 weeks’ gestation was strongly associated with childhood hypertension, but a weaker association was observed for hypertenstive disorders occurring later in pregnancy.

Taken together, these observations suggest that we should be more aware of the elevated risk of hypertension in children born to mothers with high BP, especially when mothers have hypertension early in pregnancy.

Postmenopausal women have an increased risk of osteoporosis, a disease that weakens the bones and increases fracture risk. Because osteoporosis often remains undetected until a fracture occurs, there is an urgent need for new biomarkers to identify women at risk of the disease.

Recent evidence suggests that miRNAs could be involved in the pathogenesis of osteoporosis. In a study conducted in China, researchers investigated whether certain miRNAs could be used as biomarkers of disease risk. They collected blood samples from 48 postmenopausal women with osteoporosis, and identified five miRNAs as possible biomarkers. When these miRNAs were validated in blood samples from postmenopausal women with and without osteoporosis, a significant association between one miRNA (miR-194-5p) and bone mineral density was observed.

While these findings require validation in a larger study, this study suggests that miR-194-5p could be used as a biomarker for the development of postmenopausal osteoporosis.

AML is a type of blood cancer that can be fatal if not treated promptly and effectively. It is currently treated using chemotherapy, radiotherapy or bone marrow transplantation, but there is a need to develop new treatments targeting the specific pathophysiological mechanisms involved in AML.

The researchers tested whether inhibitors of the epigenetic modifying enzymes G9a and SUV39H1 can affect the growth and differentiation of AML cells in vitro. The SUV39H1 inhibitor chaetocin caused cell death at high concentrations, and affected differentiation of AML cells at lower concentrations. Moreover, applying chaetocin in combination with additional epigenetic drugs had a synergistic effect, highlighting the therapeutic potential of targeting the epigenetic pathway in AML.

It is estimated that around 740,000 people in China are infected with HIV. In response to the epidemic, the China National Free Antiretroviral Treatment Program (NFATP) was established in 2003 to improve treatment coverage and reduce mortality rates. To assess the long-term effectiveness of this program, researchers in China have conducted a study of treatment success rates in Shenzen from 2003 to 2014.

Analysing data from over 3,000 patients, the authors found that the majority of HIV-positive patients responded positively to antiretroviral therapy over the 10-year study period, and mortality rates were low. These findings support continuation of the NFATP program, providing evidence for policymakers to plan future treatment programs for those living with HIV.