Medical case histories have been docu 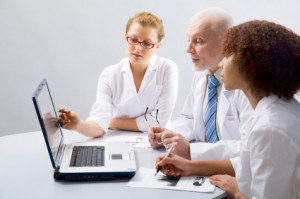 mented since the time of Hippocrates (460 BC – 370 BC), advancing clinical knowledge through the use of brief anecdotal notes of individual cases.

In-depth medical research often stems from an initial observation made during a clinician’s bedside encounter with a patient. Therefore, without both detailed and accurate reporting of unique individual cases, medical developments would not have progressed to where we are today.

In our endeavor to identify the ‘best’ evidence available in medicine, we’ve created a hierarchy of medical evidence according to strength, in which systematic reviews and meta-analyses, along with randomized controlled trials, sit smugly at the top, and medical case reports have been unceremoniously placed at the bottom.

It is true that randomized controlled trials provide the closest thing to cause-effect evidence, but there are many questions within medical research that simply cannot be answered using them, for both practical and ethical reasons.  Decisions in medicine therefore need to be made using a collaboration of multiple types of evidence, all of which have their strengths and weaknesses.

This is why the impact of case reports should not be underestimated. They are the ‘first line’ of evidence, the main way to identify rare side effects, newly emerging diseases and impacts of medical errors. The medical condition of an individual is always complex, and large-scale clinical trials with thousands of participants can miss or dilute the impact of rare, but hugely important, events. The detail required to understand complicated, clinical associations ultimately finds its platform in a case report.

Throughout history, the publication of case reports has been a pivotal factor for many medical developments. Most famously, in 1981 a case series report was published describing the infection of Pneumocystis carinii pneumonia in five previously healthy, homosexual men. The editorial note suggested that they all suffered from a “cellular-immune dysfunction related to a common exposure” and a “disease acquired through sexual contact”.

The publication of this initial case series led to a cascade of similar case report publications across America, which in 1983 led to recommendations on how to prevent its transmission, before the disease had even been identified. Further, in-depth medical research into the condition later identified this terrible disease as AIDS.

In this era of evidence-based medicine, we need to ensure we still highlight the importance and value of evidence informed by best practice. So, I’m delighted to now direct you to this video announcement of the winner and runner-up of BioMed Central’s 8th Annual Research Award for Case Report of the Year from Professor Michael Kidd, Editor-in-Chief of Journal of Medical Case Reports.

As with all influential case reports, this year’s winner on extensive deep vein thrombosis following prolonged gaming, which the authors have coined ‘gamer’s thrombosis’, provides the high-quality, individualized evidence needed to help clinicians in the future readily recognize this medical association. As the authors state, it is also a case report that holds “lessons for modern life”. 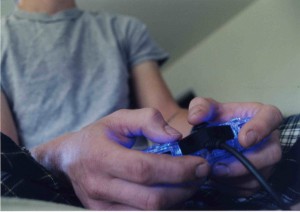 There has been a definite shift in our lifestyles over the past few decades, in both recreation and occupation, which has resulted in us spending a great deal more time sat in front of a computer or laptop. It is vital that the potential risks of this sedentary, 21st century lifestyle are quantified with further medical research, especially with annual global revenue of video games at over £46 billion in 2012, which is only set to increase.

Other studies have already highlighted an increased risk of venous thromboembolism for those that do a normal 9-to-5 working day in front of a computer.  Without case reports, unique health risks such as ‘gamer’s thrombosis’ would not have a platform for sharing with the wider medical community.

Clinical case research will always be an important element in medical evidence, and the recent publication of the CAse REport (CARE) guidelines will further assist in the completeness and transparency of future reporting. This standardization is a welcomed advancement and will help case reports fulfill their potential within evidence-based medicine. It is the case report that opens the door to more refined research, that helps generate the hypotheses.