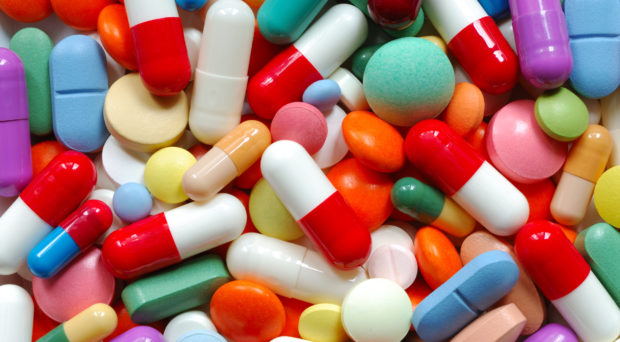 Migraine treatment has almost always relied on repurposing medication developed to treat other conditions. However, the emergence of novel preventative drugs, bespoke for migraine is in reach.
© Andrzej Tokarski / stock.adobe.com

Migraine is the most common debilitating disease in the world, affecting about 14% of the global population, or one billion people worldwide. It is much more prevalent in women than men, with one in five women experiencing a migraine in their lifetime, compared to one man in 16. The Global Burden of Disease 2016 report considers migraine to be the third most common and second most debilitating disease.

Migraine is the most common debilitating disease in the world, affecting one billion people worldwide.

This disability is expressed in home, work, and leisure activities and is correlated with a reduction in productivity. In fact, studies show that 28% of female patients and 17.7% of male patients report having lost at least ten days of activity in the last three months due to migraine. Additionally, studies illustrate the impact of migraine disorder in family life; 41% of patients reported that living with migraines limits their ability to care for their children, and believed they would be better parents without migraine. There is also an interictal disability that emphasizes that migraine is a chronic condition even when presented in the form of episodic attacks.

Migraine also has a high cost-burden, seen in both the direct costs of medical examinations, carrying out diagnostic tests, and purchasing drugs, as well as indirect costs like a reduction of productivity and lost working days. There are also intangible, psychosocial costs linked to anxiety, pain, and the emotional impact of the disease on the patient and his/her family.

Migraine is a complex neurovascular disorder with strong genetic roots. Genetic factors are involved in many aspects of migraine including the etiology, chronicity, and response to pharmacological treatment. There are many common polygenic forms of migraine, and some rare monogenetic forms like the Hemiplegic Migraine, caused by mutations in three genes (CALCNA1A, ATP1A2, and SCN1A) that encode ion channels & transport proteins.

The trigeminal vascular system is a key player in the pathophysiology of migraine. Migraines are thought to be triggered when internal or environmental factors are of sufficient intensity to initiate the hyper excitement and activation of  the trigeminal nerves. This activation provokes the release of neuroinflammatory mediators resulting in neurogenic inflammation, vasodilation, nociceptor activation, and propagation of pain response.

Some of the most important neuropeptides released in migraine attacks are Calcitonin Gene Related Peptide (CGRP), Substance P, and Serotonin.

Migraine treatment has almost always relied on re-purposing medication developed to treat other conditions. However, the past decade has been tremendous for discoveries in migraine research and breakthroughs in migraine therapy. The aforementioned inflammatory neuropeptide Calcitonin Gene Related Peptide (CGRP) has played a major role in this march towards bespoke, novel targeted acute and preventive migraine therapies.

CGRP is a 37 amino acid neuropeptide distributed in both peripheral and central nervous systems, and is expressed in 50% of neurons in the trigeminal ganglia. CGRP has a pivotal role in migraine attacks, as it induces the activation of meningeal nociceptors, vasodilation, and neurogenic inflammation. Studies have shown that CGRP levels are increased during migraine attack and its intravenous administration can provoke migraine.

Many of the new therapeutic strategies are based on blocking the CGRP ligand or receptor. Monoclonal antibodies are collections of identical proteins designed to target one substance in the body. To date there are four anti-CGRP monoclonal antibodies used as migraine-specific prophylactic drugs, three of which target the CGRP ligand (Fremanezumab, Galcanezumab, Eptinezumab) and one binds to the CGRP receptor (Erenumab).

New therapeutic strategies are based on blocking the CGRP ligand or receptor, and include monoclonal antibodies, ditans, and gepants.

Another new strategy is group of drugs known as ditans. Ditans activate the serotonin 5-HT1F receptor (5-HTR1F) which decreases the release of excitatory transmitters and CGRP in the trigeminal vascular system. Currently there are three types of ditans being explored, but only Lasmiditan is still undergoing clinical trials. Unlike triptans, the current mainstay for acute treatment of migraine that bind to 5-HTR1B and 5-HTR1D, Lasmiditan selectively binds to the 5-HTR1F and, therefore, does not induce vasoconstriction.

The final therapeutic strategy uses gepants, small molecule drugs that block the CGRP receptor and are able to cross the blood brain barrier, which allows them to work quickly. Gepants are similar to triptans in effectiveness, but like ditans they do not cause vasoconstriction. Some examples of these are Olcegepant, Ubrogepant, Telcagepant, Rimegepant, and Atogepant.

CGRP pharmacological classes are considered Disease Modifying Migraine Drugs (DMMDs) because they can retard or freeze or invert the natural course of migraine. These novel migraine therapies indicate major progress in migraine prevention and treatment. With these new therapeutic strategies there is the possibility for a personalized approach in the choice of therapy, avoiding the drug-drug interactions, and reducing the adverse effects of non-bespoke migraine medication. 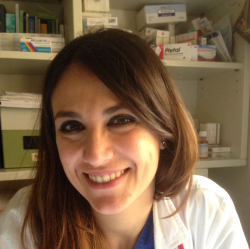 Martina Guglielmetti is resident in Internal Medicine at the Department of Medical, Surgical and Experimental Sciences at the University of Sassari. Currently she is completing the last year of specialization at the Regional Referral Headache Centre, Sant’Andrea Hospital, in Rome directed by Professor Paolo Martelletti.