The relevance of the Meeting
The IHV Annual meeting represents the continuation of the Gallo’s laboratory annual meeting, an event that for almost 30 years has been crucial for HIV/AIDS research, and in general for the biomedic 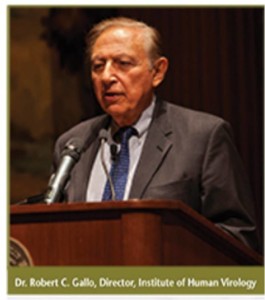 al science. It is sufficient to read science magazine articles on such event to get the flavor and the excitement: Robert Gallo’s “lab meeting” a mecca for AIDS researchers [Science, September 9, 1988]; Gallo’s Meeting: A Scientific ‘Folk Festival’ [The Scientist, November 14, 1994].
….. Gallo’s meeting has become something of a phenomenon–a small lab meeting turned international event. In a scientific arena marked by competition and conflict, much of it centering on Gallo himself, this wide-ranging gathering is testimony to the fact that, despite the competition, AIDS research is a shared enterprise ……
… “Gallo’s meeting has juice, that’s what it’s got,” declares Cecil H. Fox, an experimental pathologist, biochemist, and 20-year NIH veteran who is now president of Molecular Histology Laboratories Inc., Gaithersburg, Md. “That is, there’s a lot of interpersonal contact, there are colorful people that go to it, there are discussions, disagreements, and, frequently, hard feelings and good feelings that come out of it. It’s what scientific meetings are supposed to be about. It’s not a group of wooden people flying in on an airplane, getting off the plane, coming to the hotel or whatever it is, delivering a talk that they’ve delivered six times in the previous two months, getting back on the plane, and leaving.” …..
The meeting still represents the sensory experience Fox described in 1994, going into this [meeting] chamber, this darkened chamber, and you were sensorily deprived. You sat there, and you could see the podium and the lights on the podium and the slides, and you didn’t try to pay attention. But you emerged, mole-like, six or seven days later with a reordered understanding of the state of science associated with lentiviruses. It was an osmotic learning experience.”

Bill retirement (which should officially take place next January) has been celebrated by all participants for his scientific achievements along with socio-medical involvement in developing countries, particularly in Nigeria.  The latter has been acknowledged in the  documentary movie produced by the Media and Communication Center at IHV-Nigeria under the directorship of Dr Alash’le G. Abimiku: Blattner’s Valediction. 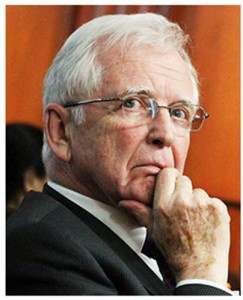 Staffan Hildebrabd documentary
The evening included a documentary from Staffan Hildebrand, who has been filming the HIV/AIDS epidemic since 1986, and is the founder and producer of the Face of AIDS film archive housed at the prestigious Karolinska Institutet in Sweden [https://kib.ki.se/en/faceofaids].

Conclusive remarks
In conclusion the 17th Annual Meeting of the Institute of Human Virology (IHV) has continued the tradition of engaging world science leaders to share cutting edge research advances, focusing on an HIV cure, pathogenesis, basic and translational vaccine research, as well as collective lessons from recent advances in cancer immunology.