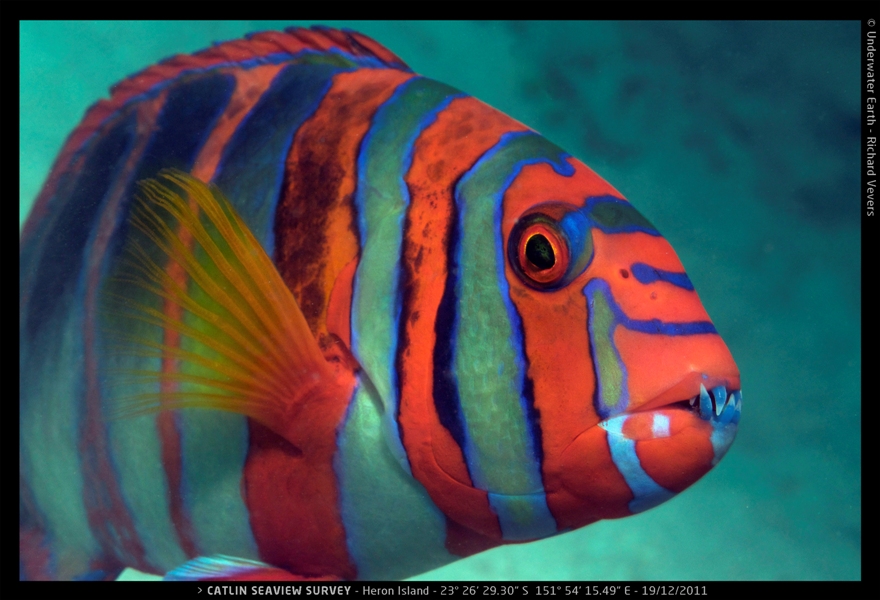 When it comes to climate change, we know a hundred times more about how life on land is going to respond than life in the sea. 1

Coral reefs are a massive store of biodiversity, an untapped genetic reservoir and a key font of resources, but they are declining at a rapid rate. A recent longitudinal analysis of coral health in the Great Barrier Reef shows a decline in coral cover of 50.7% over 27 years.

The Catlin Seaview survey is a collaborative scientific endeavour to investigate and document coral reef health, starting with the Great Barrier Reef and the Coral Sea in 2012. The survey was unveiled at the World Ocean Summit in Singapore in February 2012 as a joint venture between the Global Change Institute, Universal Earth and Google, sponsored by the Catlin Group Ltd.

The expedition to the Great Barrier Reef and the Coral Sea began in September 2012. During shallow and deep reef dives, the latter unmanned, HD panoramic images and coral samples were taken at locations in 20 different coral reefs spanning an area of over 2300km.

To find out more, I spoke to Prof Ove Hoegh-Guldbert, the Chief Scientist for the survey and Director of the Global Change Institute based at the University of Queensland, Australia.

I asked Ove if there were plans in place to obtain longitudinal data, for monitoring change in coral reef health over time:

OH-G: At the moment, the Catlin Seaview survey has resources to establish an important baseline using a range of game changing technologies such as the SVII camera.  In order to detect change, you need a good baseline but you also need to repeat surveys at a later stage. The Catlin Seaview survey along with the scientists at the Global Change Institute at the University of Queensland are planning to return to most sites within the next five years

ML: The survey has been described as “game-changing”. What sort of action would you hope to see taken as a result of the survey’s findings?

OH-G: The project is game changing with respect to its ability to take large-scale measurements of Reef scape – using a range of different technologies. As changes [are] detected, it will enable scientists to understand more about what is causing places like Australia’s Great Barrier Reef to change so dramatically.  A recent report from the Proceedings of the National Academy of Sciences in the United States  has revealed that the Great Barrier Reef has lost over 50% of its coral communities since the early 1980s. This is extremely worrying. We must get a good understanding for the key problems facing coral reefs, so we will be able to prioritize how we deploy resources to solve problems.

ML: The Global Reef Record is an exciting development, bringing together the tens of thousands of images and other data collected by the Survey. Can you elaborate on the nature of the “other data” being collected, and how the public might be able to access it as part of the Global Reef Record?

OH-G: While we are extracting a large amount of information from the 360° panorama shots and other research measurements [from] the Catlin Seaview Survey, these resources hold other information which may be extremely useful to other scientific projects and research groups. Therefore, the Catlin Seaview Survey is establishing the Global Reef record which will archive all of the the information associated with the project and make it available to other scientists and interested experts across the planet. We hope that this important research archive will also function to archive other information about coral reefs with the expectation that countries all over the world can benefit from the accumulating scientific record that will be established through this game changing project […]. 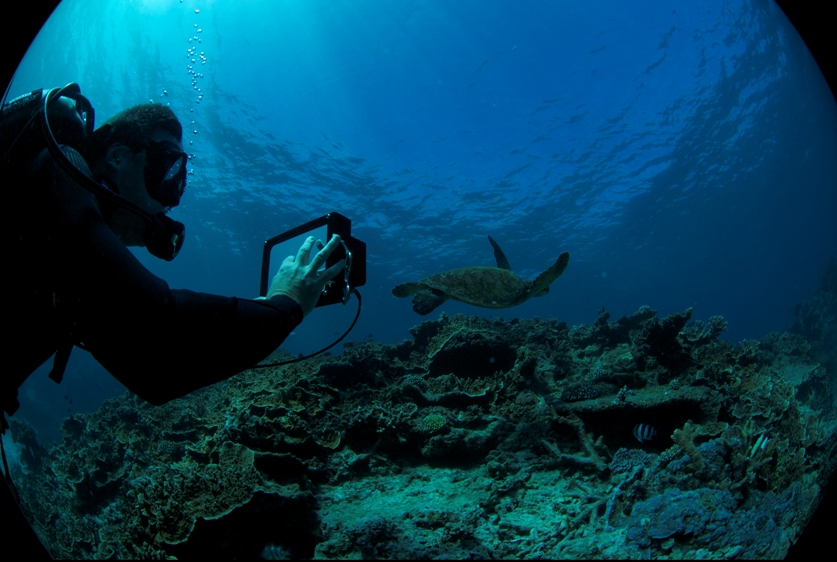 The survey has been made possible thanks to a number of key recent technological advances:

The team behind the SVII camera, which can be seen in the image to the left, are working on a fully autonomous underwater vehicle camera with a range of 12 km (7.5 miles).

A particularly exciting development is the Global Reef Record, a single database which will be developed on the basis of data collected over the course of the survey. The data archived in the Global Reef Record will provide a key resource for scientific teams in a wide range of countries, providing baseline data for genetic analysis, monitoring change in reef health and informing coral management strategy.

New information about the Great Barrier Reef is already starting to emerge. Samples collected between 30 and 120 metres show an abundance of healthy coral in deep water, as well as a potential role for the mesophotic layer in regenerating damaged coral closer to sea level.

The survey has also yielded a number of biodiversity insights, including the recent discovery of an entirely new species of coral in the Osprey Reef. The images and specimens gathered during this first phase of the survey, archived in the Global Reef Record, form an impressive collection.

While the data collected over the course of the survey will certainly engage the scientific community, dissemination of content through Google Maps and YouTube is a real step towards large-scale public engagement, and consequently awareness, of reef issues.

Here is one of the survey’s online classrooms about clownfish:

With the Great Barrier Reef and the Coral Sea expedition completed in December 2012, Ove and colleagues’ journey will take them to Caribbean reef systems in late March, with expeditions to Hawaii and Bermuda to follow later in 2013.