During the last 25 years, the Aquarius Reef Base has served as an underwater platform for over 100 scientific missions to the coral reefs of Florida.  Situated in 60 feet of water in the Florida Keys National Marine Sanctuary off Key Largo, the Aquarius is the last remaining underwater hab 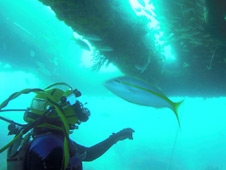 itat devoted to scientific research.  During 10-day missions, or “saturation dives”, the pressurized habitat hosts 6 aquanauts who can work on the reef for as long as 9 hours at a stretch. The capacity for divers to stay on the bottom for long periods, without concern of decompression sickness, is what makes missions to the Aquarius so significant. But, in a climate of declining budgets, and with an annual operating cost of nearly $3 million, NOAA funding for the Aquarius Underwater Habitat has been eliminated.  The final mission to Aquarius took place in July, 2012.                                            NASA: NEEMO aquanaut

“It’s a tragedy!” exclaimed Dr. Monica Lara (St. Petersburg College, Florida), when asked about the decommissioning of Aquarius.  Lara was an aquanaut on the first all-woman mission to the Aquarius Underwater Habitat, in 1994.  Led by Principal Investigator Dr. Laurie Sanderson (College of William and Mary), the team examined the importance of internal waves in the delivery of food to planktivorous reef fish.  Such questions are most effectively answered by research conducted directly in nature, from an underwater platform like the Aquarius. Lara explained how the reef fish became accustomed to the presence of the divers and would go about their fishy business as if no one were there watching them. 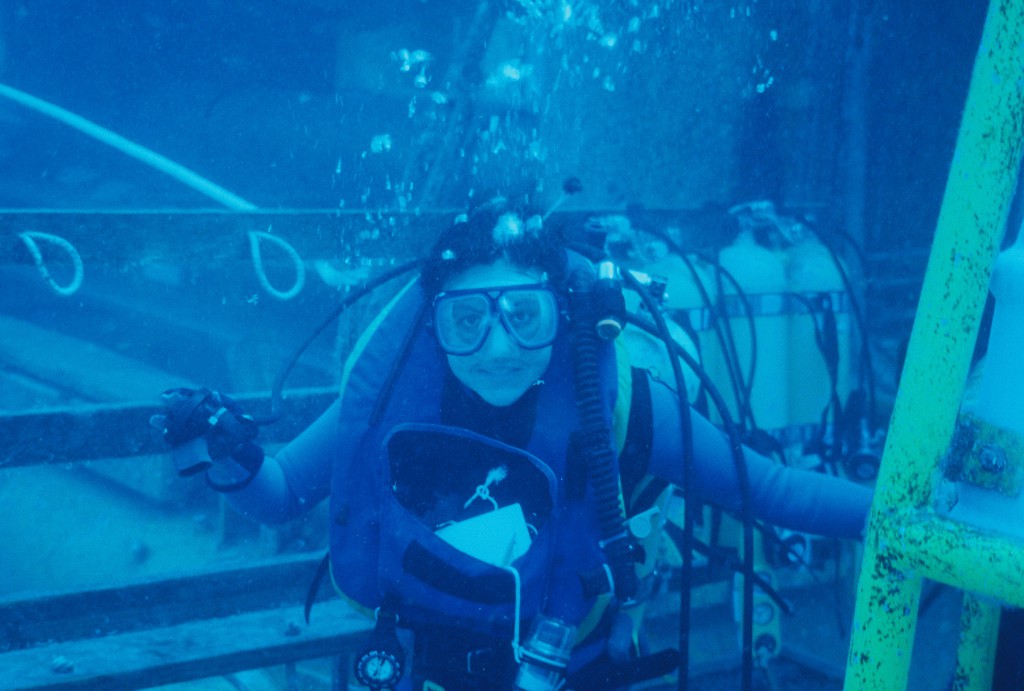 The benefit of the Aquarius program went far beyond its inherent scientific value.  Like the space program, the Aquarius Underwater Habitat sparked the imagination of everyone, from school children to scientists. Using blogs, YouTube, Facebook, and Flickr, aquanauts provided a window into the oceans, the last great frontier here on earth.  In response to the termination of federal funding, a non-profit organization, Aquarius Foundation, has been formed to support the continued operation of Aquarius and the extended presence of humans in the coral reef environment.

NASA: NEEMO aquanauts pose with a DeepWorker submersible during the NEEMO 16 undersea exploration mission in June 2012

With thanks to Monica Lara for the second image, and to NASA for the first and third images, which are in the public domain. The images show NASA Extreme Environment Mission Operations aquanauts outside the Aquarius Reef Base. NEEMO is a joint project of NASA and NOAA in which the Aquarius underwater habitat is used as an analog environment for space exploration.

The Aquarius Reef Base will remain in operation, under the continued stewardship of Florida International University. From the official press release issued by FIU, available at https://news.fiu.edu/2013/01/fiu-to-operate-aquarius-reef-base/50646

“[…] NOAA recognizes that the Aquarius Reef Base is a unique and valuable asset to the scientific community.”