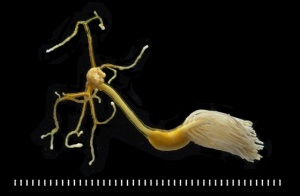 Coral reefs are hotspots for biodiversity, both for invertebrates and vertebrates. Many marine species spend all or parts of their life on reefs, benefitting from its productivity and structural habitat. Reefs are also very important for humans as they provide economic benefits in terms of tourism, fisheries, and protection of shorelines from storms and waves. Ocean acidification and climate change are threatening the health of coral reefs and the animals dependent on these unique habitats. 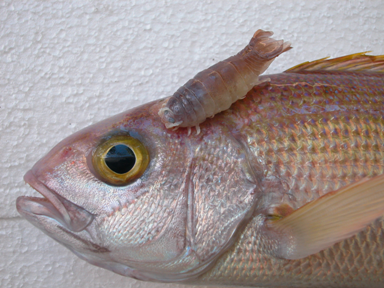 In terms of diversity of fishes, coral reefs support thousands of species. Less well known is the fact that fish also represent habitats for a wide range of  parasites associated with their guts, gills, and exterior surfaces. Extinction of the host fish species might as well mean co-extinction of the parasites.

Justine and colleagues present in their work, published this week in Aquatic Biosystems, a comprehensive overview on the biodiversity of parasites associated with three families of coral reef fishes in New Caledonia, demonstrating that with the extinction of a single fish species, a co-extinction of around ten parasitic species might occur.

With thanks to the authors for the above images.

If anyone is interested in a Biological
Sciences Degree, at the University of Southampton our teaching is
driven by our cutting-edge research. Our BSc degrees in Biochemistry, Biology, Biomedical
Sciences, Pharmacology and Zoology cover the spectrum of the biological
sciences. The placements and volunteering projects on offer are a chance
to gain valuable hands-on experience, helping you to achieve your long-term career
goals.