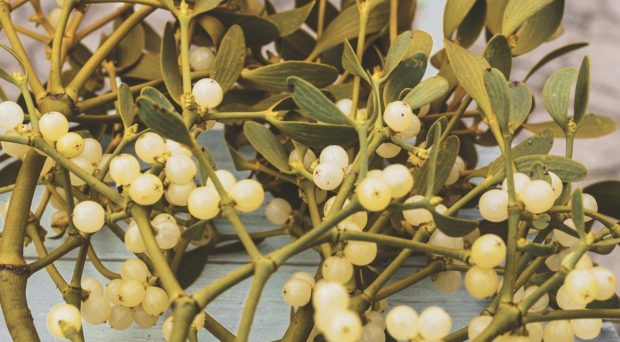 Let’s start this tour with the reindeer Rudolph, world famous for his red nose that guides Santa’s (aka Father Christmas and St Nicholas) sleigh on Christmas Eve. Despite all the trappings of fame, Rudolph and his hapless reindeer mates are plagued [excuse the pun] with parasites, as Vera Unwin, informed us back in 2013 in Poor Rudolph!

Rudolph lives in Lapland, which despite its cold climate is home to a diverse ecosystem that includes vast forests of evergreen trees – Christmas trees. Whilst Bugs in my Christmas tree? was our humorous look at ‘bugs’ in Christmas trees, evergreens are susceptible to several real parasitic diseases including the fungal disease ‘Cytospora canker of Spruce’ that begins by killing off the lower branches of foliage before eventually killing the tree. The fungal spores can be spread by air, water, human or animals, and there is no known cure to the disease. Therefore, tree conservation efforts are focused on prevention and containment strategies.

Speaking of tree parasites, mistletoe is one of the more popular plants associated with the festive season – yet it is hemiparasitic (meaning it is only parasitic for part of its life). My festive article from 2015 Mistletoe: a paradoxical parasite shows how mistletoe came to have such a successful public image, despite being a tree killer. 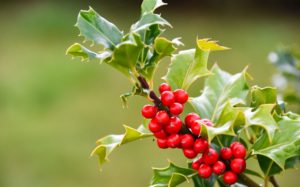 Mistletoe provides food and habitats for birds and insects during the winter, and is therefore ecologically important. It is usually hung above doorways during the festive season, but is also found in Christmas wreaths. Holly is another popular constituent of Christmas wreaths, and also ecologically important for winter wildlife. However, there are two main fungal parasitic diseases affecting Holly trees: Holly Tar Spot is caused by several fungi (Phacidium curtisii or Coniothyrium ilicinum or Phytophthora ilicis) that causes leaves to drop; and cankers caused by Phytophthora ilicis.

Moving south to warmer climes (Africa, Middle East and India) there are two more trees that have a strong connection to Christmas, but their names may not be familiar to us: Boswellia and Commiphora. It is only when I mention frankincense (resin from the Boswellia tree) and myrrh (resin from Commiphora trees) that the connection becomes obvious. Frankincense, myrr, and gold were gifts given to the baby Jesus by the three wise men, but there have been some studies that suggest these three exhibit various antimicrobial properties. This literature review covers the antimicrobial properties of gold nanoparticles, if you would like to read more.

Another warm climate plant associated with Christmas is Zingiber officinale or ginger, the distinctive ingredient in gingerbread (used to make gingerbread people and houses). The medicinal uses of ginger including its antiparasitic properties e.g. against Toxoplasma gondii have been well documented.

Ginger can be used to stuff turkeys, which form the main part of the traditional festive meal in many homes. Turkeys, like so many animals are susceptible to parasitic diseases. Just a few weeks ago, thousands of turkeys were culled in Norfolk, UK because of an outbreak of avian flu. Cases of avian flu have been reported in other parts of the UK since then, indicating the outbreak may not be over.

Salmon is fast becoming a staple on many a festive table, but is considered a part of a traditional Christmas meal in Lapland. Like turkeys, salmon are no strangers to parasitic infections, which have had significant negative impact on Salmon populations.

…and as we return to snowy Lapland, we will conclude our tour. From all of us at BugBitten, we wish you all a pleasant and safe holiday season, and look forward to seeing you in 2021.