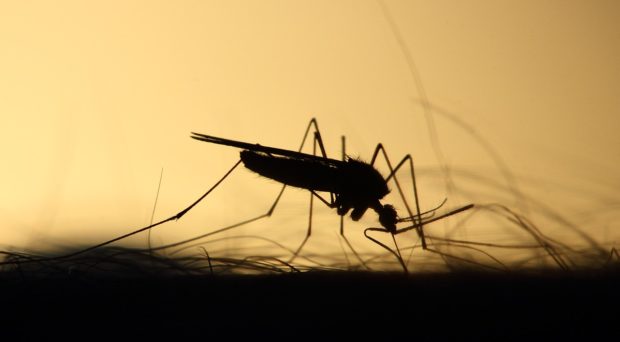 (Picture CC BY by Emphyrio via Pixabay)

Due to climate change, mosquitoes that vector arboviruses are rapidly spreading throughout the world, even to counties in Northern Europe. Two of the most worrying species are Aedes aegypti and Aedes albopictus as they are highly competent vectors of dengue, Zika, chikungunya and urban yellow fever. Currently, the state of Rio de Janeiro is suffering from an epidemic of chikungunya, with thousands of cases reported so far this year.

What are the current difficulties in tackling arbovirus transmission?

It is somewhat obvious to state that conventional control measures are inefficient and, in many cases, not aided by inadequate infrastructure.

Most homes in Brazil have precarious water supplies, making it necessary to install water storage tanks in every residence, mostly on roof tops. These tanks are ideal mosquito breeding sites. Furthermore, inappropriate rubbish disposal (photo 2) also provides hard to locate breeding sites for Aedes mosquitoes, that are capable of completing the larval phase in minimal quantities of water, for example in plastic bottle tops!

Insecticide applications are becoming ineffective due to rapid development of resistance by the mosquitoes and are inefficient in urban settings.

What new tools are at our disposal?

Entomopathogenic fungi normally attack their hosts by penetrating the integument, therefore it is not necessary for the fungus to be ingested, unlike bacteria.

As an alternative to chemical pesticides, we are researching the potential of entomopathogenic fungi for the control of all phases of the mosquito life cycle. There are already biological control products (Bti) on the market for combating the larval phases of certain species of mosquitoes. However, there are no products available to control egg, pupal and adult phases.

Entomopathogenic fungi normally attack their hosts by penetrating the integument, therefore it is not necessary for the fungus to be ingested, unlike bacteria. We have shown that Metarhizium conidia are virulent against Aedes larvae, however, the effective half-life of the fungus was only about 7 days.

We discovered that adding small amounts (1-10%) of neem oil (azadirachtin) to the fungal suspensions increased the effectiveness of the fungus and significantly increased persistence. The fungus remained active even after 45 days in water containers.

Aiming to decrease the adult mosquito population to levels that do not allow rapid spread of diseases, we have developed a simple mosquito lure and kill system.

This consists of a PET (plastic) bottle which acts as a support for a fungus impregnated black cloth. The black cotton cloth attracts mosquitoes, which prefer to land on this dark surface and then subsequently become infected with the fungus. Initial tests in rooms simulating human dwellings, showed that after one week only 20% of the mosquitoes in the rooms survived, whilst control survival was always above 80%.

These results were even better when we used a synthetic lure (AtrAedes®) in the PET traps. We are now testing this system on covered verandas in an apartment complex near our University.

This public engagement project directly involves the residents of this condominium. Contact with the volunteer residents also gives us a chance to explain how they can contribute to reducing mosquito borne diseases by careful rubbish disposal and not leaving out any water recipients which could be used by mosquitoes as oviposition sites.

GM entomopathogenic fungi do it even better?

A recent publication in Science highlighted the potential of entomopathogenic fungi for the control of malaria vectoring mosquitoes in Africa. In that study, genetically modified fungi were shown to be more virulent and continued to kill mosquitoes over longer time periods than “normal fungi”.

This was not too surprising as the GM fungi expressed spider venom toxin, which rapidly killed the mosquitoes. This paper will help create more interest in biological control of mosquitoes, but it is probably not necessary to employ genetically manipulated fungi to effectively reduce vector populations, just improve fungal formulations and deployment strategies.

Furthermore, the success of any control measures will also depend on the collaboration of local communities. Vector control is not the sole responsibility of government authorities. 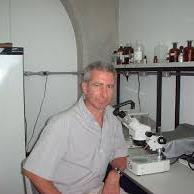 Richard is an Assistant Professor at the Universidade Estadual do Norte Fluminense Darcy Ribeiro, in Rio de Janeiro State, Brazil. He is an entomologist, specializing in insect pathology and physiology. One of his projects aims to reduce the population of Aedes mosquitoes using entomopathogenic fungi as an alternative to chemical insecticides.

Latest posts by Richard I. Samuels (see all)