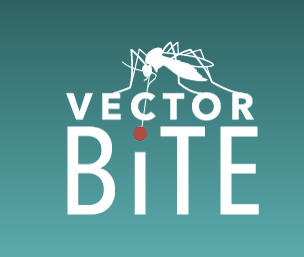 Last week about 70 researchers descended upon an unsuspecting Clearwater, Florida to launch the VectorBiTE Research Coordination Network. The VectorBiTE RCN is co-funded by the UK BBSRC and the NIH-NSF-USDA Ecology and Evolution of Infectious Diseases program. This RCN is designed to create a platform for collaboration in the area of Vector Behavior in Transmission Ecology. You can find details of VectorBiTE’s scientific approach and activities at the website. Briefly, the RCN will host virtual tools for collaboration and also eventually house a large open access data base and code repository. The group is recruiting both theoretical and empirical scientists interested in the role of vector traits in disease transmission.

The meeting kicked off with four sets of researchers using unique approaches to address different sources of variation in vector traits such as behaviour and life history. Laura Harrington and Thierry Lefevre presented data on how key determinants of transmission potential can vary both with adult age and across stages. Erin Mordecai and Courtney Murdock gave a pair of talks looking at how empirical and theoretical approaches can help us understand how temperature shapes transmission potential. Ana Rivero and Sunny Power presented work on how infection can alter vector-host interactions.  Finally, Shannon LaDeau and Leah Johnson gave fantastic presentations on the use of statistical and mechanistic models to understand transmission. We plan to post videos of these talks online. Notably all speakers presented data that was unpublished.

How do we translate all of this interesting vector ecology into new insights into how transmission works?

Discussions were lively, productive, and refreshingly positive. Breakout groups outlined key gaps in data, theory, and training. Consolidating existing data on vector survival, fecundity, dispersal were high on the list across systems. One noticeable theme was that we lack data on the relationships between key traits. For example, it is widely accepted fecundity/survival trade-off are accepted in most organisms, but our characterization of these trade-offs in mosquitoes, ticks, and other vectors is relatively poor. VectorBiTE members are working to create an online open source data repository. A database team will be led by Samraat Pawar to help bring this Ecoinformatics approach to vectors.

Across discussions there was an emphasis on the need for greater standardization of how data are collected across sites and openness about how these data are incorporated into transmission models. There was discussion of coordinating large projects to measure simple traits across sites and habitats (nicked named: SMASH, Simple Measures Across Sites and Habitats; naming credit Dan Salkeld). As the RCN develops we hope to identify these measures and sites and potentially coordinate such an effort.

In addition to data needs, there was a call for theoretical tools to be developed to allow for incorporation of all this complexity and identification of traits most important for transmission. Training in data set quality control, analysis, and statistical modelling were identified as high training priorities.

While the work was intense, the atmosphere was light. For example, when the room was asked what tools were needed to measure vector size, a cry of “A smaller ruler!” was heard.

We finished Day 2 with a picnic on the beach. As I mingled in the group I was so surprised to hear that even after working for 16 hours in a workshop, most of the discussions were still about research. “I have data on that I can share.” “This is what we see in my system”. “Have you thought about trying it this way”. “Well, why don’t we do it in my lab?”One lesson I took away from this meeting is that there needs to be more interaction between communities working on different types of vectors. There are obvious differences in the biology of ticks, aphids, assassin bugs, midges, scale insects, and mosquitoes, and along with this often comes differences in how researchers working with these organisms approach their integration into transmission models. Mixing these systems together when asking questions about how vector traits feed up into transmission potential lead to some really interesting conversations. So if your vector of choice bites a plant or a non-human animal; we need you!

Want to get involved?

If this sounds like the kind of group you would like to be involved with, here is some key information: Working groups were created at this meeting. In the coming weeks these will be listed on the RCN website and will be opened for others to join.  Topics vary from the role of species interactions in determining vector traits to characterizing drivers of variation in extrinsic incubation periods. We are in the process of launching the database, which will already contain some data on vector traits collected by project partners. Finally, if you are interest in joining the next annual meeting, it is planned for Summer 2017 at Silwood Park in the UK. We will aim to open up applications through the website in January of 2017.