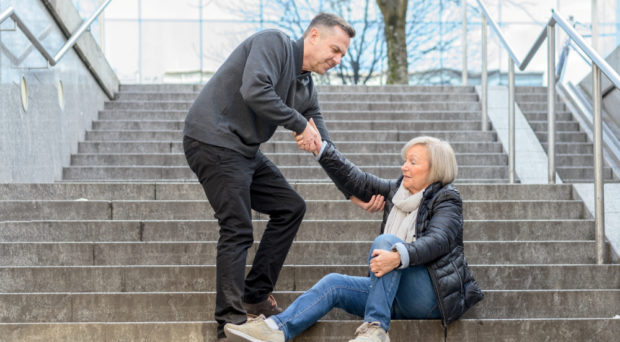 Falls risk increases sharply with older age, and falls among older people are a significant global problem. However, many older people are unaware of, or underestimate, their risk of falling. This may explain why older people lack the willingness to take up existing falls-prevention strategies. Because some falls can be prevented, increased population-based efforts to influence older people’s falls-prevention behavior are warranted. To this end, our team developed three prototype TV-commercial-like audio-visual falls-prevention messages that aimed to promote falls prevention in the community in the context of a positive view of aging. It was envisaged that these messages could potentially be used as one component of a future community-wide falls-prevention campaign that could operate through television, social media, and health systems. To obtain a broad community perspective on these audio-visual messages, we organized a community World Café forum.

A World Café is a facilitated informal series of conversations around a set of predetermined issues defined by those hosting the event. In a sense, a World Café forum follows the remit of conventional focus group processes, but the less formal café style atmosphere is thought to better encourage people to have conversations about things that deeply matter to them. The forum was conducted using the World Café’s seven principles: (i) setting context; (ii) creating a hospitable space; (iii) exploring the questions; (iv) encouraging everyone’s contribution; (v) connecting diverse perspectives; (vi) listening together for patterns; and (vii) sharing collective discoveries. Our team has used a World Café forum approach previously and because participants felt the World Café was seen as empowering, positive, and promoting respect for older people, we decided to use it again for this research study.

Our new study, recently published in BMC Geriatrics, involved 38 community-dwelling older people who signed up for the forum and watched the three audio-visual messages together on large projector screens. The three prototype messages intended to explicitly convey the following messages: i) falls can and will happen to anyone, and ii) prepare yourself for preventing a fall by doing activities that you enjoy. The screening of each message was followed by a 20-minute conversation round. To stimulate conversation between participants, semi-structured, open-ended questions and prompts were used. Table facilitators collected the participants’ responses on large paper sheets. A random selection of the participants’ positive and negative responses was presented ‘live’ on the projector screens so participants could comment on and discuss what was said at other tables in the forum. After about two hours of discussion and a break during which refreshments were served, the main facilitator summarized the key responses of each conversation round, which were presented to the group on large summary paper sheets. This gave the forum participants the opportunity to provide any further input and feedback and also served as a form of member checking of the collective perspective before the forum concluded.

Findings of the World Café forum

Feedback of the participants of the forum on the three prototype audio-visual falls-prevention messages suggested that these had increased the participants’ falls-prevention capability and positively influenced their motivation to take falls-prevention actions. Despite these positive findings, group consensus was that a more inspirational call to action was needed. A wider variety of revised and tailored audio-visual messages, as one component of a community-wide falls-prevention campaign, could be considered in an effort to persuade older people to take decisive action to do something about their falls risk. Promoting falls prevention information should be focused in community places rather than using online resources. 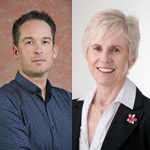 Lex D. de Jong is a postdoctoral researcher, currently working as a Senior Research Coordinator at Rijnstate Hospital, Arnhem, The Netherlands, and as an Adjunct Research Fellow at Curtin University, Perth, Australia. In the past few years his research has focused on stroke rehabilitation, healthy ageing and falls prevention.

Anne-Marie Hill is a Professor in the School of Physiotherapy and Exercise Science, a member of the editorial board of BMC Geriatrics, and an APA-titled Gerontological physiotherapist (awarded by the Australian Physiotherapy Association 2007) who also holds educational qualifications. Her research interests in are healthy ageing and health for older people, focusing on falls prevention, patient education and exercise. She was awarded an NHMRC early career fellowship (2012-2015) and an NHMRC (Australia) Investigator EL2 award (2020-2025). She has obtained over $11M in research funding, collaborates on multiple national projects and has led large clinical trials in community, hospital and residential care populations. She supervises and mentors allied health professionals to undertake research with older people and works closely with organisations and clinicians to assist in translation of falls prevention evidence into practice in Australia.