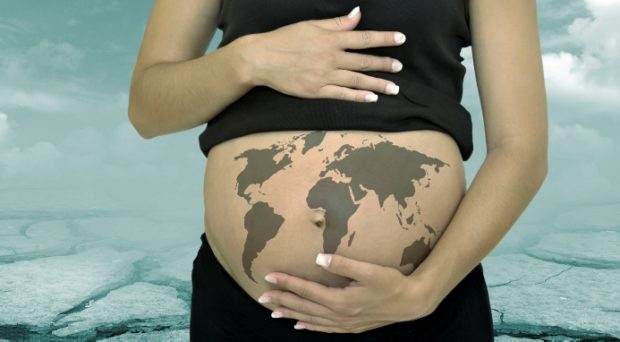 This month marks the official launch of the Ending Preventable Stillbirths article collection in BMC Pregnancy and Childbirth, which has been managed by Section Editor Alex Heazell and Guest Editor Frederik Froen. The collection of papers look at a variety of matters linked to stillbirth in low-, middle- and high-income countries. The impact of stillbirth on the mother, families, health services and nations such as the emotional, psychological and physical wellbeing of those affected as well as the costs and financial implications are investigated. Risk factors for stillbirth are explored, taking into consideration socially excluded populations. Strategies that focus on acquiring high quality data on maternal and child health and mortality are also studied.

There is a limited availability of maternal and child health data which ultimately impedes progress in tackling mortality and morbidity among pregnant women, and babies. In this article collection, papers by Froen et al. , Myhre et al. and Flenady et al. , explore and present the frameworks and tools to facilitate the development and secure operation of electronic health systems (eRegistries) for maternal and child health.

It is estimated that at least 2.6 million babies are stillborn each year globally, with low- and middle-income countries accounting for 98% of stillbirths. Burden et al.  report that although many of the themes looked at in their review illustrate a certain level of similarity between low-, middle- and high- income countries, they also found that stigmatization, rejection and abuse were widespread and especially reported in low- and middle-income countries. As a result of this fear of stigmatization, it is likely that stillbirth is under-reported in these countries.

The average annual rate of reduction of stillbirths (2.0%) is slower than that of maternal (3.0%) and post-neonatal deaths of children younger than 5 years (4.5%) worldwide. From these figures it can be seen that the number of stillbirths have reduced at a slower rate in comparison to maternal mortality or mortality in children, which were explicitly targeted in the Millennium Development Goals. Given the current rates of progress, it has been estimated that it will be more than 160 years before a pregnant woman in sub-Saharan Africa has the same chance of giving birth to a live baby as a woman in high-income countries today.

Zeitlin et al. , report that data from routine monitoring systems show widespread and consistent socioeconomic inequalities in stillbirth rates in Europe. They found that if all women faced the stillbirth risks of the most educated, the number of stillbirths would be 25% lower. It is likely that this effect could be greater in low- and middle-income countries.

As reported by Ogwulu et al. , the full cost of stillbirth in comparison to other pregnancy-related events, remains poorly described. Stillbirth can have a detrimental impact on the emotional, psychological and physical wellbeing of parents, as well as affecting families and nations economically, and can persist for a significant period after the death of the baby. It is estimated that around 4.2 million women are living with depression as a result of stillbirth. High levels of depression, anxiety and post-traumatic stress disorder can persist for months, years and even up to or into a subsequent pregnancy. Although the effect of stillbirth can be mitigated by respectful services such as bereavement care, maternity and social support, Ogwulu et al. report that those affected felt that professional support was limited, lacking and should be in place for a longer period.

The stigma and taboo surrounding stillbirth impedes progress and adds to the trauma of those affected. This can ultimately add to financial costs if and when professional help is sought. Based on current available data, it has been found that the direct financial cost of a stillbirth is between 10-70% greater than that of a livebirth. The costs of healthcare in certain cases may be met by government, insurance companies or may rest entirely upon the parents. It is therefore highly important to acquire knowledge and data on the intangible costs of stillbirth in order to accurately determine the impact on families and health services.

It is clear that more needs to be done to increase awareness of the impact of stillbirth from the detrimental effect on the wellbeing of parents to its financial implications. The stigma and taboos surrounding these cases need to be addressed and reduced for progress in stillbirth prevention. There is a need to develop mechanisms by which data and information can be collected efficiently to inform policy and decision making and ultimately end preventable stillbirths and its adverse consequences.

The articles for this collection can be accessed via its homepage (please click here).  The collection will also expand with a further set of papers to be published soon.