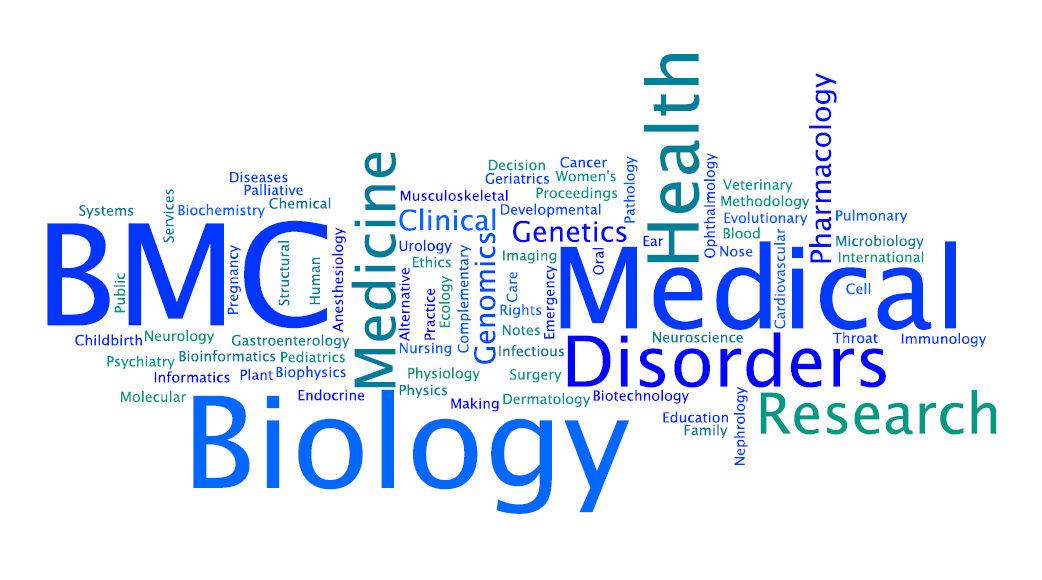 Psychology: Getting positive about negatives

The BMC-series launched its newest journal in almost 5 years this month, with the publication of four articles in BMC Psychology. Amongst them, a Commentary from Section Editor Keith Laws outlines the values of publishing negative findings in the field of psychology –something which the new journal fully supports—in an effort to redress the bias in positive results that is currently rife in the field. The Guardian also picked up the story.

The implications of mitochondrial damage that occurs in early development is not clearly understood at present. In an article published in BMC Pharmacology and Toxicology this month,  Maxwell Leung and colleagues make use of the similarities between the mitochondrial biology of the nematode worm Caenorhabditis elegans and humans to investigate the effects of early life exposure to ultraviolet C radiation on mitochondrial DNA content, transcription, ATP production, and oxygen consumption. Their findings indicate that early life contact with mitochondrial genotoxicants may lead to time-delayed mitochondrial dysfunction.

Polydactyly refers to the heterogeneous group of congenital hand and foot anomalies which have variable clinical features and a diverse etiology. Preaxial polydactyly type I (PPD1), the most common form of polydactyly is typically characterized by the doubling of one or more skeletal components of a thumb or hallux.  A new study in BMC Pediatrics this month investigating data from the Polish Registry of Congenital Malformations found that isolated cases of PPD1 occur more frequently in children with lower birth order and birth weight, suggesting that non-genetic factors play an important role in the etiology of non-familial PPD1.

This month saw the celebration of International Darwin Day in honour of Charles Darwin’s birthday on February 12th, 1809. BMC Genomics provided a timely gift by publishing an article revealing some genomic insights into one of the most iconic species to have influenced Darwin’s thinking on evolution – the Galápagos finch. Find out more on our blog about how signatures of selection for beak shape make this a fitting tribute to his work.

Evolutionary Biology:  Resistance without the antibiotics

The resistance that bacteria develop  against antibiotics and the advent of the super-bug are currently hot topics in health care circles. The temperature is turned up this month as Alejandra Rodríguez-Verdugo  and colleagues writing in BMC Evolutionary Biology, found that  Escherichia coli can develop resistance to the antibiotic rifampicin even in the absence of the drug, when grown in a thermally stressed environment. They conclude that resistance mutations that are not necessarily costly to the bacteria in the absence of antibiotics or compensatory mutations are highly beneficial at high temperature and low glucose.

Molecular Biology:  The splice is right for Apolipoprotein B

Apolipoprotein B (APOB) is a component of low density lipoproteins. Exon 26 of the APOB pre-mRNA is unusually long and due to its extensive length contains multiple pseudo splice sites. In an article published in BMC Molecular Biology this month, Umasuthan Srirangalingam and colleagues found that these pseudo splice sites are heterogeneously distributed along exon 26 and that they are repressed by multiple, tandem splicing silencers which may be key in maintaining integrity during RNA splicing. The authors also postulate that polymorphisms within the exon 26 sequence, even if translationally silent, may disrupt these silencers and disturb splicing, leading to alterations of APOB expression and function which may underlie inter-individual differences in lipoprotein levels and function.

A content analysis of news articles written about the best-selling popular science book The Immortal Life of Henrietta Lacks highlights how influential this medium can be in informing public debate over important issues related to ethics in medicine. The 2010 book about the life of a cancer patient whose cells have continued to be a vital resource for biomedical research long after her own life ended, has invoked widespread awareness of the issues surrounding informed consent, welfare of the vulnerable, and scientific accountability.

Senior Editor at BioMed Central
Christopher is a Senior Editor for the BMC-series. He received his PhD in Pharmacology from the University of Surrey in collaboration with Weill Cornell Medical College and joined BioMed Central in September, 2011.