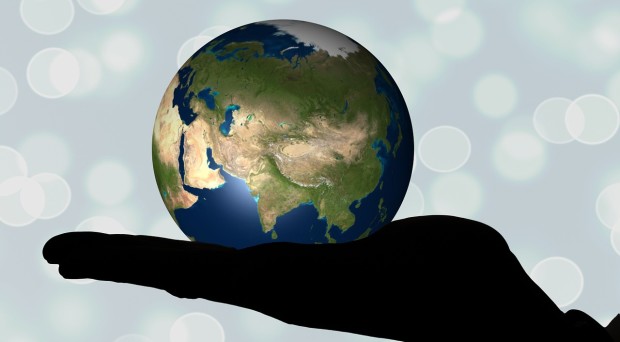 “I spend much of my time at work thinking about the different ways that science can play a role in everyone’s lives.”
Pixabay

I never actually liked science very much when I was at school. I was much more of a fan of English, History and Drama. But when I was 15 and studying for exams, I had to teach myself about plant hormones, because I’d been absent for that part of the year.

I found the subtlety and complexity of the topic far more interesting than the multiple choice questions and fact sheets we’d studied from in class, and so I realized that actually science was a really fascinating way to understand and discover new things about the world.

What is your scientific background?

While I could always read, write and act as a hobby, I realized I could only do science as a job, so decided to study biology at University of Bristol. I still think it’s a shame that it’s so hard to do science as a hobby, and so after university, I did a Science Communication Masters at Imperial College London.

Here I learned more about people doing innovative science communication, which actively involved non-scientists in the scientific process. I worked in policy and media for a while, including in the media team at BioMed Central, before joining the British Science Association. Their vision of bringing science out of its silo, involving everyone in it, and putting it at the heart of culture and society really chimed with me.

How do you spend your day in your job?

I work with professional communities, encouraging and helping them to actively involve the public at the heart of science.

In my job, I work with professional communities, encouraging and helping them to actively involve the public at the heart of science. I work with science communicators, to encourage best practice in creating truly two-way conversations with their audiences – we recently ran some research on the community and their needs, so that our work is really evidence-based.

I run our work with Sciencewise, a government program to encourage deliberative dialogue – a technique where the public meet with scientists and policymakers to discuss science policy issues, in order to create better policy.

Finally, I run our Media Fellowships, where we link up scientists with journalists to help create understanding between these two groups. Every once in a while, I also help out on a few other campaigns and programs, including our essay series, Not Just for Scientists, and Science Matters, a series of films we released just before the general election.

All of this work involves a lot of relationship building, so lots of my time is in meetings and on the phone, or finding new and important thinkers and ideas. And because we want our ideas to be challenging and evidence-based, it’s amazing how much thinking, analysis and planning is involved.

What makes this a science job?

I spend much of my time at work thinking about the different ways that science can play a role in everyone’s lives. Whether that’s in more traditional ways, as a job, or watching documentaries and learning about science, or in some of the newer ways that are emerging – citizen science, makerspaces, and home experimentation.

It could be people having a more democratic involvement in science – in decisions about funding in the way that some medical research charities do, or in conversations and discussions with researchers to design experiments. Or even as a mindset that any of us can apply to our daily lives.

Within my team of five, only two of us did a science degree, which really helps make sure we’re constantly challenging each other, asking questions and thinking really openly about the role science can play in people’s lives.

I like the ambition and creativity that we’re able to bring to this work, and being able to be part of an organization that listens to a range of viewpoints.

I like the ambition and creativity that we’re able to bring to this work, and being able to be part of an organization that listens to a range of viewpoints, and working with people in and outside of science to challenge our views of what science can do.

Mostly, this involves being truly open to new ideas, which you can only really learn by listening, critiquing and challenging deeply held assumptions – both your own and other people’s. A lot of the same skills involved in science really!

What would you tell your younger self?

The most rewarding things I’ve done have been things that scared me a little. Taking on curating the program for TEDxAlbertopolis – an event in the Albert Hall for 4,000 people, was terrifying, but one of the best experiences I’ve had.

We brought together scientists, designers, historians, musicians, dancers and a crossword compiler, who all shared a fascinating common ground in the space between science and other subjects. I would advise myself that sometimes areas and ideas like these that seem scary or unfamiliar are actually the most valuable, because that’s where you find and learn the most.

Where can you be reached if readers want to ask you more about your job?

People can email me directly at Anna.perman@britishscienceassociation.org, or reach out to me on Twitter at @thepermanator.

Do you have a job in science that you love? Know someone who can’t stop talking about their science career? Comment below or email me at dana.berry@biomedcentral.com if you’re interested in participating in our series. And join the conversation by using the #moretoscience hashtag on twitter.

Dana graduated with a MS in Microbiology from New York University before joining BMC in 2014, where she manages the infectious diseases portfolio.