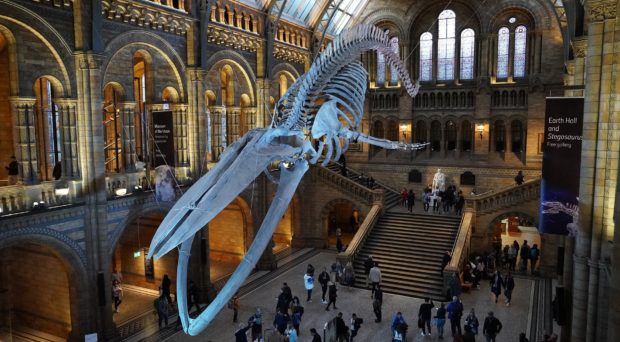 The Hintze Hall at the Natural History Museum in London, UK. (Image by Waid1995 from Pixabay)

The real story of how evolution is taught in U.S. public schools is not to be found in courtrooms but in classrooms.

The teaching of evolution in U.S. public schools is sporadically in the headlines, owing to legal cases like the Scopes trial ninety-five years ago, and the Kitzmiller trial fifteen years ago. But it would be a mistake to take such episodes as representative.

Observing that the results showed ample room for improvement, they concluded, “victory in the courts is not enough for the scientific community to ensure that evolution is included in high school science courses.”

Now, thanks to a 2019 survey commissioned by the National Center for Science Education, conducted by Penn State under Plutzer’s direction, and designed in part to replicate the 2007 survey, it’s possible to investigate to what extent the teaching of evolution changed in the U.S. public high school biology classroom over a dozen years. “Teaching evolution in U.S. public schools: a continuing challenge,” by Plutzer, my colleague Ann Reid and I, published in Evolution: Education and Outreach, begins to explore the results—and there’s good news to report.

The development of Evolution vs. Creationism in U.S. schools

Evolution is receiving a greater amount of classroom attention. The average number of hours teaching evolution was 9.8 hours in 2007; it was 12.4 hours in 2019—a gain of over 25 percent. Moreover, evolution is increasingly recognized as a central theme in the classroom. In 2007, a bare majority, 51 percent, of high school biology teachers emphasized the scientific consensus on evolution while giving no credence to creationism; in 2019, these teachers were in a commanding majority, at 67 percent.

Unfortunately, there are still teachers who give credence to creationism in their classrooms.

Unfortunately, there are still teachers who give credence to creationism in their classrooms. But their numbers are dwindling, from almost a third in 2007 to less than one in five in 2019. The majority of these teachers—23 percent of all teachers in 2007; 12 percent in 2019—are sending mixed messages: endorsing creationism as a valid scientific alternative to evolution while also endorsing evolution. A few—8.6 percent of all teachers in 2007; 5.6 percent in 2019—endorse creationism while not endorsing, perhaps even disputing, evolution.

The decrease of Creationism

Part of what motivates the teachers who give credence to creationism is, unsurprisingly, their own personal religious beliefs. The 2019 survey assessed such beliefs by presenting the teachers with the standard options used by Gallup in its polling on evolution and creationism. It turns out that 60 percent of the teachers who reported exclusively endorsing creationism in their classroom preferred the creationist option, “God created human beings pretty much in their present form at one time within the last 10,000 years or so.”

Even here there is encouraging news. In 2007, 16 percent of all the teachers surveyed agreed with the creationist option, while in 2019, only 10.5 percent of the teachers surveyed—and only 7 percent of those who began teaching after 2007—did so, suggesting that creationists are decreasingly represented among U.S. public high school biology teachers. The decrease significantly outpaces the decrease in creationism among the general U.S. population from 46 percent in 2007 to 40 percent in 2019, according to Gallup.

Teaching evolution and climate change are under way

That’s not all the news from the survey, to be sure. The report assesses a few possible explanations for the improvement, concluding that the widespread adoption of the Next Generation Science Standards, in which evolution is included as a disciplinary core idea of the life sciences, played a substantial role. Further reports based on the survey, discussing evolution education at the middle school level and comparing pedagogical strategies used in teaching evolution and climate change, are under way.

But it is already clear, as our report concludes, that “scientific and educational institutions should continue their efforts to add scientific rigor to standards, seek out and promote textbooks and other resources that cover evolution thoroughly, support professional development opportunities for teachers, and support teachers who come under pressure from parental or community members who resist evolution instruction or advocate for the inclusion of creationism.” 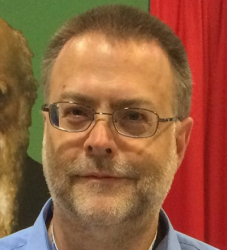 Glenn Branch is the deputy director of the National Center for Science Education, a non-profit organization that promotes and defends accurate and effective science education.