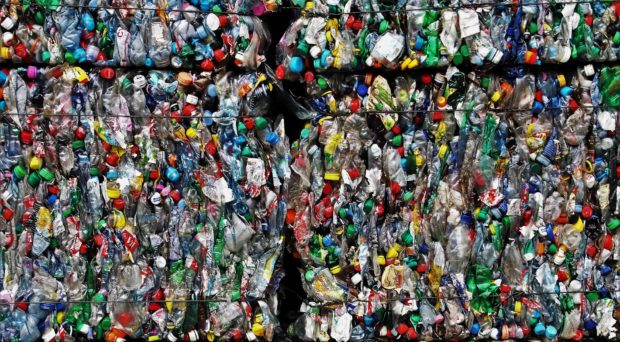 Plastic waste management has become a topical issue, especially the contamination of marine and fresh water environments. Nearly 513 million tonnes of plastics wind up in the oceans every year; and the major contributors from Africa are Egypt (0.97 tonnes), Nigeria (0.85 tonnes), and South Africa (0.63 tonnes), ranking 7th, 9th and 11th on the list of 20 major polluters. In many African countries, approximately 12% of waste plastics are recycled and the rest are disposed, burned or buried.

Over time, most plastics degrade and can be easily transported by storm run-off. The wide variety of registered polymers makes it a huge task managing these products when they become waste, especially when they are mixed. The scenario in some African countries is worse as wastes are not separated at source and basic waste management facilities are lacking. Data are scarce on plastics importation, production, and consumption in Africa; whereas some data exist for some countries, they are dispersed.

An article recently published in Environmental Sciences Europe presents the first continental historical analysis of mass-imported polymers/plastics in primary and secondary forms, and the associated pollution potential in Africa, by identifying and synthesizing dispersed international trade data on the imports, through the United Nations (UN) Comtrade database, using harmonized system (HS) codes for various polymer categories and product categories. Furthermore, this study assessed the volumes of wastes arising from plastic products and the recycling status.

By 2030, approximately 235.3 Mt of polymers and plastics in these forms would be consumed in these 33 African countries if there are no policy changes to reverse this trend. For the entire continent, this would amount to the consumption of 344 Mt of plastics by 2030.This study did not consider products containing plastics classified as electronics, motor vehicles, and toys.

A model for sustainable management of waste plastics is Rwanda. The Rwandan experience demonstrates that, with bans of plastic bags, restrictions, and strict enforcements, a significant reduction of plastic import and use can be achieved.

There is the need for sustainable management of waste plastics in Africa. Potential mitigating strategies include reduction, reuse, recycling, waste conversion to energy, and appropriate policy frameworks for plastic control and restriction.

A model can be made of the Rwandan experience. Rwanda demonstrates that, with bans of plastic bags, restrictions, and strict enforcements, a significant reduction of plastic import and use can be achieved. For instance, the use of polymers from categories HS 3908–3916 is now at the minimum levels of the last decade. In June 2019, Rwanda’s Cabinet adopted a draft law seeking to prohibit the manufacture, use and sale of single-use plastics.

In the last decade, Rwanda has witnessed a yearly GDP increase of between 4.7 and 8.9% and an increase in per capita GDP from $1229/year in 2008 to $2080/year in 2017. This demonstrates that with the right policies, a reduction in plastic import and use in a country is possible alongside overall industrial growth, without negative impacts. The experience in Rwanda contrasts with the otherwise increasing plastic consumption in other African countries.

The inventory of plastic import, use, and flows, is a prerequisite for the development of National Strategies and related National Action Plans for the environmentally sound management of plastic waste. Multi-lateral agreements at the continental or international levels should be domesticated and implemented – some very important ones being the Stockholm and Basel Conventions. Only recently, plastic was added to the Basel Convention

After Asian countries have successively closed their borders to plastic waste imports, these wastes could be diverted to Africa.

Concern and awareness over waste plastic has gained momentum such that countries in South East Asia have stopped waste plastic importation with Thailand and China leading the bloc. Meanwhile, Malaysia has gone a step ahead to return such imported waste plastics. Indonesia initiated better control of plastic waste.

With these developments there are concerns that, after Asian countries have successively closed their borders to plastic waste imports, these wastes could be diverted to Africa. This would worsen the already bad situation considering that countries such as Nigeria are already burdened with plastic wastes arising from importation of used electronics from developed countries.

A recent study in Nigeria estimated used electronics and e-waste imports at 60,000 tonnes per annum. Considering the million tonnes of plastic resins and plastic products imported and documented by our study there is an urgent need for action – policy formulation towards effective management of internally generated plastic wastes and monitoring of plastic waste imports.

There is also the need for attitudinal change by consumers towards waste, as well as the provision of basic infrastructure and incentives to encourage local small-scale recyclers.

Dr Joshua Babayemi is an environmental chemist. He has been a Lecturer for 10 years, and currently a Senior Lecturer in Anchor University, Lagos. He has published more than 45 articles in the research areas covering material and substance flow analysis; inventories for POPs and related waste management; inventories and action plans for plastics; e-wastes; and heavy metals in the environment. He is a Research Associate of Basel Convention Coordinating Centre for Africa, University of Ibadan.

Dr Innocent Nnorom is an Associate Professor of Analytical/Environmental Chemistry in the Department of Pure and Industrial Chemistry Abia State University Uturu, Nigeria. His current research interest focuses on electronic waste management, circular economy, marine litter, biodegradation of plastics. One of his publications was recently recognized by Resources, Conservation & Recycling as one of the 30 influential papers published in the past 30 years.

Prof Oladele Osibanjo is a retired professor of Analytical/Environmental Chemistry from the Department of Chemistry, University of Ibadan, Nigeria.. He also served as the Director of Basel Convention Regional Coordinating Centre for Africa for several years until 2015.. His research interests include issues related to the sound management of chemicals especially POPs and waste management, particularly electronic waste, and has published more than 165 articles. He is currently the Executive Chairman, Jawura Environmental Services Limited, Lagos, Nigeria.

Dr Roland Weber is a chemist and since 25 years has done research on persistent organic pollutants (POPs) and published more than 130 articles. Since 15 years his main work is consulting UN Organisations (UNIDO, UNEP, UNDP) and environmental ministries on the implementation of the Stockholm Convention (SC) on reduction of POPs. Since 12 years he is member of the UNEP BAT/BEP group and since 5 years he contributes to the Stockholm Convention marine litter group.