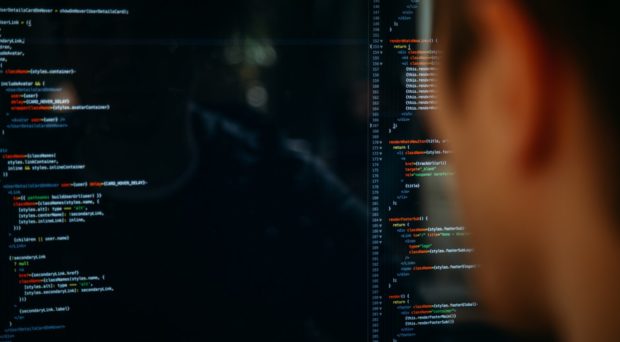 -
Photo by Charles Deluvio on Unsplash

One of cheminformatics’ main goals is to design novel molecules by exploring the whole chemical space. This virtual chemical space is comprised of all possible molecules, and by some estimated to be around 10^60 molecules.

Until recently, chemical space exploration was done by generating molecules using genetic algorithms or through joining together smaller molecules to form bigger ones.

A different, still ongoing, approach is the generated database (GDB) project, which aims to enumerate all molecules up to a certain number of non-hydrogen atoms. To date, the drug-like chemical space up to 11, 13 and 17 atoms has been enumerated and yielded databases with 25 million, 1 billion and 165 billion molecules respectively.

These huge databases can then be searched to find novel molecules of interest. As the chemical space grows exponentially with the number of atoms, exploring larger regions of it becomes an ever-increasingly difficult endeavor.

As in many disciplines of science, deep learning and artificial intelligence (AI) have opened new perspectives in cheminformatics. For example, we can train neural networks with data from heterogeneous sources to predict the toxicity of molecules, or we can design algorithms that obtain all the steps required to synthesize any molecule.

But one of the most impressive advances to date has been deep molecular generative models, which enable large amounts of molecules to be generated from a small set of known ones.

They work similarly to the autocomplete function of cellphone keyboards and build molecules character-by-character taking into account the already generated partial molecule (Figure 1). As models learn how to create molecules just from the training data, generated molecules tend to show the same properties as those in the training set.

Therefore, the chemical space around the training set can be explored by repeatedly generating (also called sampling) molecules from an RNN.

One of the drawbacks of molecular generative models is that they are sampled with replacement: when the model is sampled more than one time, repeated molecules may appear. This can yield a situation in which the model seems to generate a diverse set of molecules, but it is generating the same set repeatedly.

Alternatively, a model can generate a huge amount of molecules completely unrelated to the training set, implying that the model does not learn from the training set molecules. In our research, we developed a benchmarking method that is able to detect both situations.

To be able to do that, we train models on a subset of the previously mentioned GDB-13 molecular database, we sample the model 2 billion times and we calculate how many unique generated molecules are part of GDB-13 and how many outside of it. The models are then ranked by how much of the whole database they can generate when learning from a small sample of it.

We used this method to benchmark several molecular generative models with two ways of representing molecules: canonical and randomized SMILES. This text-based representation is built by numbering the atoms in the molecule and then traversing it, adding a “C” when it’s a carbon, an “O” for an oxygen, etc. (Figure 2).

By default, most chemistry software calculates a unique atom numbering, called canonical ordering, and the canonical SMILES is generated from it. When this atom numbering is randomized, different SMILES strings that represent the same molecule can be obtained, thus obtaining randomized SMILES.

During training, models using canonical SMILES always use the same representation for each molecule, whereas those using randomized SMILES keep changing it. This allows the models to see the same molecule in different angles, learning different information every time.

Smaller training sets were also used, and when a randomized SMILES model was trained with 1000 molecules (0.0001% of GDB-13), 34% of the whole database was obtained compared to only 14% generated with a canonical SMILES model.

Given the improvement obtained with randomized SMILES, one last experiment was carried out on models trained with the ChEMBL database. This database holds a 1.5 million selection of molecules obtained from literature that represent a sample the whole known drug-like chemical space.

Results showed that models trained with randomized SMILES generated circa 1.3 billion unique molecules from a 2 billion sample, which was nearly double the amount of molecules than with canonical SMILES.

In conclusion, generative models trained with a small molecular sample are capable of probabilistically holding a large slice of the chemical space. Then, trained models can be exploited, either by extensive sampling and filtering, or by using techniques such as reinforcement learning.

Having architectures that can convey as much information as possible from small training sets to the generated molecules is extremely important in drug discovery and randomized SMILES are an improvement that helps on that direction.

These developed methods are currently used in many drug discovery projects in AstraZeneca, and we hope to report back to the scientific community the results applying them to in-house projects in due course. 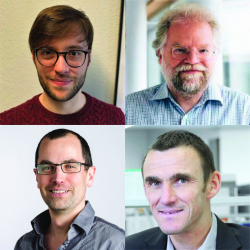 Josep Arús-Pous studied Computer Engineering at the Polytechnic University of Catalonia (UPC). After working in the private sector for seven years, he gained a further MSc in Bioinformatics at the Pompeu Fabra University (UPF) in Barcelona. He is currently in the last year of a Marie Skłodowska-Curie European Industrial Doctorate (BIGCHEM) at both the University of Bern (with Prof. Jean-Louis Reymond) and AstraZeneca Gothenburg (with Dr. Hongming Chen and Dr. Ola Engkvist). His main research focus is on using intensive computational tools and deep learning to develop new methods of chemical space exploration.

Esben Jannik Bjerrum completed his PhD in Computational Chemistry at Copenhagen University. He has since worked both in academia, industry and as an independent consultant. In 2017 he went from basement hacker to researcher with significant contributions to the deep learning for chemistry renaissance. He joined Astrazeneca in 2018 where he currently works with development of de novo design algorithms and deep learning assisted retrosynthetic planning. He’s the lead author of cheminformania.com.

Jean-Louis Reymond is a Professor of Chemistry at the University of Bern, Switzerland. He studied Chemistry and Biochemistry at the ETH Zürich and obtained his Ph.D. at the University of Lausanne on natural products synthesis (1989). After a Post-Doc and Assistant Professorship at the Scripps Research Institute, he joined the University of Bern (1997). His research focuses on the enumeration and visualization of chemical space for small molecule drug discovery, the synthesis of new molecules from GDB (http://gdb.unibe.ch), and the design and synthesis of peptide dendrimers and polycyclic peptides as antimicrobials and for nucleic acids delivery. He is the author of > 300 scientific publications and reviews (h = 62).

Latest posts by Josep Arús-Pous and colleagues (see all)