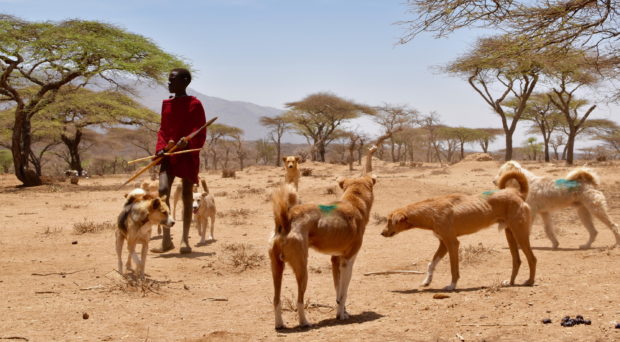 The question I am most frequently asked is how many people die of rabies each year and people are always amazed when you tell them that over 60,000 die, mostly children.  The next question which quickly follows tends to be, but isn’t there a vaccine? The answer to this is yes, and there has been ever since the 1880s when Louis Pasteur successfully inoculated a German boy who had been bitten by a rabid dog.

The final question is often, so where is the disease coming from? To which the answer is the domestic dog. And it is then that the true tragedy of this disease begins to sink in. Here we have an ancient disease, that is completely preventable through vaccination and a reservoir host species that is Man’s best friend. Why then do so many people die annually?  And the tired answer to this is simply political will and prioritization of health budgets.

To try to address these issues and to promote the control of neglected tropical diseases like rabies, we designed a trial in a remote area of Tanzania to look at whether programs to control diseases could be made more cost-effective if they were delivered together.

What was most unusual about our trial was that we would try and integrate health interventions targeting humans with one targeting domestic animals.

The two diseases that we planned to target were, firstly on the human side, soil-transmitted helminths, which are intestinal worms that cause a host of problems such as malnutrition, impaired childhood physical and cognitive development, and susceptibility to other diseases, and can be treated through mass deworming programs.

Secondly, on the animal side, we targeted dog-mediated rabies, which can be controlled through the mass vaccination of dogs. Such an intervention, which couples together programs targeting humans and animals within a single event, are extremely rare and to our knowledge have never been tried before with rabies.

One of the key things that we wanted to find out was how such an integrated human–animal intervention would be perceived by the local Maasai communities. Would they find the idea of bringing children for deworming and their dogs for vaccination at the same time strange and unhygienic or would they appreciate the opportunity to kill two birds with one stone? And following on from this, we wanted to know how these perceptions would impact the coverage achieved in comparison with those achieved in non-integrated deworming and rabies vaccination events.

During the trial we carried out interviews to determine public opinion, we measured the proportion of dogs and children reached in each community, the time it took to attend, and the cost per dose for each intervention type.

Rather pleasingly, our community interviews indicated that the integrated event was extremely popular, with sentiments such as these from community members in the district of Loliondo explaining why:

“I see this is good because it reduces cost, we are getting two services at once, and both people and dogs will be treated in the same day.”

“Mostly people are willing to participate because of the awareness they have about rabid dogs and how they are dangerous to people; so it’s easy for them to participate willingly at any time when other services are delivered.”

This notion that the combined event would save time was borne out in the study with participants who brought a dog for vaccination taking 33% less time to attend a combined event compared to a person having to attend two separate events to achieve the same result.

Furthermore, because program costs could be shared in the integrated events, the cost per deworming and rabies treatment was reduced by 33% and 16%, respectively, through integrated delivery.

So, what did we achieve? Firstly, we demonstrated that the concept of integrating interventions for humans and animals can be feasible and practical. Secondly, coverage might not be reduced when interventions are delivered as part of an integrated delivery strategy, and thirdly, that integrating interventions can result in cost savings. Beyond the added value that may accrue from time and cost savings, a noticeable, although unmeasured, finding was the inter-sectoral (veterinary/medical) collaboration that developed as a result of the integrated delivery intervention.

With teams from different Ministries working together in the field for the first time to achieve common goals, it was apparent that strong collaborative relationships were developing. The benefits that may accrue from this kind of One Health partnership in disease control could be important, especially given the impact that animal diseases have been increasingly shown to be having on public health.

These results indicate the utility of integrated One Health delivery platforms and suggest an important role in the global campaign to reduce the burden of diseases, especially in hard-to-reach communities. 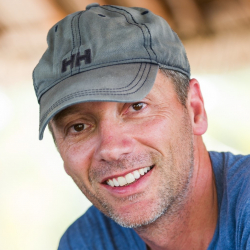