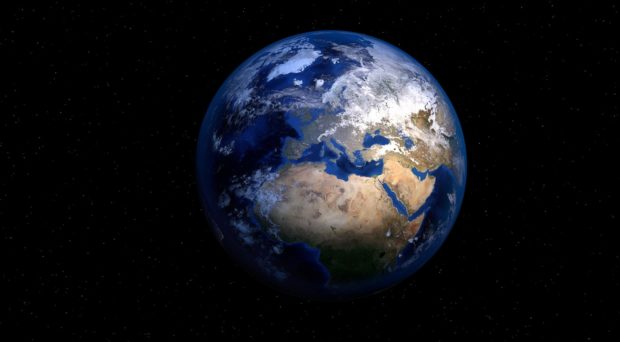 This year, World Population Day occurs amidst the resurgence of right-wing populist nationalism that wields racial supremacism and heteropatriarchy to consolidate state power and undermine global solidarity in the COVID-19 pandemic response. Though the converging crises of populist nationalism, racial supremacism, and COVID-19 may seem thematically disconnected from World Population Day, they are in fact intimately bound together. These threats are interconnected and reinforcing, particularly for women and sexual and gender minorities (SGM), who are both neglected and actively harmed through contemporary state actions. The sexual and reproductive health and rights (SRHR) movement, by directly countering the logic underpinning these concomitant health and rights harms, provides discrete mechanisms for pushing back – with World Population Day serving as a rallying point for the broader SRHR community in the face of an existential challenge.

Populist nationalism, infectious disease outbreaks, and racial supremacism are not new scourges. Yet their rapid and concurrent ascendance has created a global flashpoint that threatens SRHR.

SRHR, as well as the broader human rights of women and SGM, have often been a first target of right-wing populist nationalist leaders. In pitting feminism and movements for LGBTQ+ equality as part of a vast globalist conspiracy to subvert “traditional” family values, right-wing populist nationalists stoke fears of the “Other” and attempt to win the loyalty of disaffected voters through promises to return to an imagined past. This strategy is also applied, though the logic of racial supremacism, to racial and ethnic groups deemed “inferior” – whether immigrant or native-born. Such sentiment is translated into policy that strips individuals and communities of their rights, which in turn structures future health inequities. In addition to infringing rights within their borders, populist-nationalist leaders have attacked and, in some cases, defunded UN institutions that support the rights of women and SGM such as the United Nations Population Fund (UNFPA), the United Nations Programme on HIV/AIDS (UNAIDS), and the World Health Organization (WHO). This subversion of global solidarity in multilateral governance—the foundation of the International Conference on Population and Development in Cairo—will have lasting ramifications for women and SGM, especially during the pandemic response.

Just a few months into the pandemic—exacerbated by nationalist responses in opposition to global governance—COVID-19 is already having a disproportionate impact on women and SGM. Despite early reports suggesting women are less biologically susceptible to the virus, social factors are combining to create disparate burden. Sexual and reproductive health services demand timely provision, yet have often been put on hold as health systems scramble to respond to COVID-19. Women and SGM—especially those who are also members of marginalized racial and ethnic groups—are more likely to work in the informal and service economies, with stay-at-home orders cutting off critical sources of income and undermining the right to a decent standard of living. Women make up the majority of frontline health workers and thus are more exposed to the virus, threatening their right to health. Yet women and SGM are conspicuously absent from efforts to develop a coherent and comprehensive policy to respond to the pandemic.

Women and SGM have also largely been erased by mainstream media coverage of the emerging global movement against racial supremacist violence, despite efforts to center them through campaigns like #SayHerName and #BlackTransLivesMatter. Racial supremacist violence against women and SGM often takes on a gendered form, for example as racialized sexual violence or racialized neglect and abuse in sexual and reproductive health care. This occurs because women and SGM from marginalized racial and ethnic groups exist at the intersection of (hetero)sexist and racial supremacist power structures that posit them as both sub-woman and sub-human. It is because of this underlying logic that human rights—based on a foundational belief in equal human dignity—have become such a critical and effective tool to counter race-and-gender-based violence and advance sexual and reproductive health.

Human rights provide a path to justice in responding to the converging crises. Enshrined in legally-binding international treaties, human rights delineate government obligations and facilitate accountability should those obligations go unmet. SRHR, as a subset of human rights, were forcefully articulated in the 1994 Cairo Programme of Action, with subsequent binding and non-binding international agreements and jurisprudence further codifying protections for women and SGM.

Around the same time, a group of Black women in the United States coined the term “reproductive justice”, which has since come to function as a clear and concise policy articulation of the full scope of sexual and reproductive rights recognized under international law. This term explicitly recognizes sexual and reproductive rights as interconnected and indivisible, a reality that can get lost in single-issue programs, advocacy, and policymaking. By encompassing the intersecting rights necessary for bodily integrity, having children, not having children, and parenting children in safe and sustainable communities, reproductive justice provides a framework for understanding the inextricable ties between the contemporary global crises.

The concomitant health and rights harm posed by right-wing populist nationalism, racial supremacism, and the COVID-19 pandemic hit right at the crux of the reproductive justice framework – simultaneously undermining women’s and SGM’s rights to autonomy and self-determination around their sexual and reproductive lives. One cannot enjoy sexual and reproductive freedom without access to quality sexual and reproductive health care; control over whether, when, and with whom to form a family; and the security of knowing that one’s beloveds will not be ripped away through force.

Human rights empower individuals and communities to fight back against violative governments. As legal instruments, human rights establish obligations under international law. But as universal norms, they inspire a broader moral vision, one that brings the world together around the recognition that all people are equal in dignity. Starting from this premise, SRHR offer a holistic approach to centering the lives and wellbeing of women and SGM in the face of the current interconnected threats. 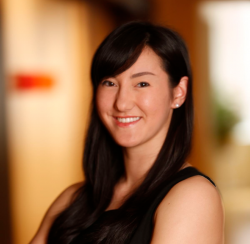