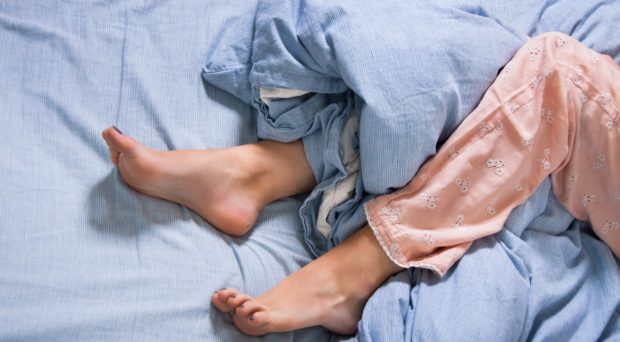 Sleep appears to be a passive and restful time, but it actually involves a highly active and well-scripted interplay of brain functions.

If we consider that sleep is a dynamic process, during which the neural activity is like a symphony with different electrical rhythms, frequencies, patterns, and connectivity throughout the night course, it is not surprising that epilepsy can be influenced by sleep and vice versa.

The relationship between sleep and epilepsy was first recognized in 300 BC when Aristotle hypothesized that altered states of consciousness, such as sleep or seizures, involved disassociation of the soul from the body, apparently allowing prophecy of the future.

In the late 1800s Gowers recognized that about 20% of patients with epilepsy had mainly nocturnal seizures, identifying two main periods of susceptibility to attacks, one at the onset of sleep and another at the end of sleep, with the latter being more common.

In 1947 Gibbs used electroencephalography (EEG) and found that in epileptic patients the electrical activity of the brain was modified during sleep.

Effects of epilepsy on sleep

Seizures influence sleep quality and stability. People with night seizures show a reduced sleep quality. This may help explain why many people with nocturnal seizures report difficulty functioning the following day. On the other hand, if well controlled, epilepsy itself may not affect sleep.

Anticonvulsant medications that are used to treat epileptic seizures may improve sleep by providing better seizure control and sleep quality. On the other hand, some antiepileptic drugs may affect sleep structure, worsen sleep disorders, or cause daytime sleepiness.

Effects of sleep on epilepsy

Not only does epilepsy affect sleep, but sleep also has effects on seizures. Sleep affects seizure onset and type and the electrical activity of the brain.

There are some epileptic syndromes in which seizures almost invariably occur during sleep or during the sleep-wake transition.

Sleep hypermotor epilepsy (SHE), for example, is a rare form of epilepsy where seizures occur mainly during sleep with complex body movements such as kicking or cycling of limbs and rocking body movements.

Considering seizure types, it is well known that generalized convulsions are more frequent during sleep compared to wakefulness in certain types of epilepsies.

Furthermore, sleep deprivation may increase the frequency of epileptic seizures.

In any case, adequate sleep hygiene is recommended in patients with epilepsy because good sleep quality can reduce epileptic seizures.

If you would like to read more about motor behavior during sleep such as epileptic seizures or parasomnias from non-rapid eye movement, visit the Sleep Science and Practice thematic series “Sleep and Epilepsy.” Are you researcher and have just finished a study on the topic?  Please feel free to submit to the thematic series.

Giuseppe Loddo is a neurologist studying for a PhD on sleep disorders at Bologna University, Department of Biomedical and Neuromotor Sciences; tutor Federica Provini, MD, PhD. His interests are NREM parasomnias and epilepsy.