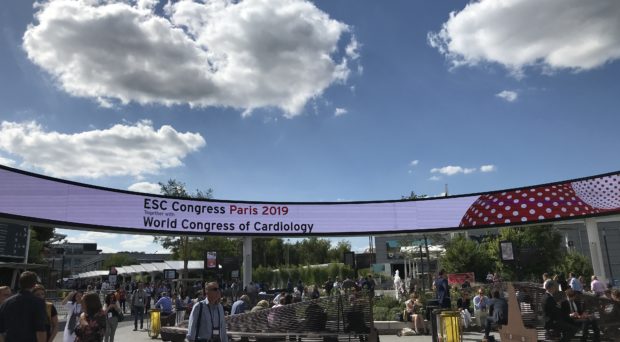 Outcome disparities between rich and poor

Professor Annika Rosengren from the University of Gothenburg presented a talk focusing on acute coronary syndromes. She argued that no study so far has used consistent methods to compare the incidence of cardiovascular disorders (CVD) by socioeconomic status.

People with low education tend to show consistently higher rates of CVD across all incomes, and this is particularly pronounced in low-income countries.

Although studies are being performed, she noted that a large number of results have been around for years, and new data is urgently required to address the issue.

People with low education tend to show consistently higher rates of CVD across all incomes, and this is particularly pronounced in low-income countries.

Improvements in education, which would lead to better knowledge of risk factors, may mitigate some of the higher risk among people living in developing cohorts.

In her conclusions, Prof Rosengren argued that awareness needs to be raised, especially regarding cardiovascular risk factors and the need for intervention.

Looking at sodium or potassium?

Professor Martin O’Donnell from the University of Galway discussed the association between salt intake and CVD, currently under debate globally.

It is well known that most adults consume more salt than recommended, and efforts to curb excessive sodium intake have been around for years.

It is well known that most adults consume more salt than recommended, and efforts to curb excessive sodium intake have been around for years.

The main topic of the talk was the effect of potassium intake on the association of high sodium consumption and CVD.

A large trial published in NEJM in 2001 is still considered the benchmark, but the presenter argued newer, larger trials are needed on this topic.

In a recently published study in the BMJ, the authors conclude that combined moderate sodium intake (3-5 g/day) with high potassium intake is associated with the lowest risk of mortality and cardiovascular events, making it a potential tool to address cardiovascular disease.

The presenter acknowledged that although a target of low sodium intake is unlikely to be feasible in many cohorts, a target of moderate intake appears to be optimal, and high potassium intake diminishes the CVD risk associated with high sodium intake.

For instance, central sleep apnea is a common occurrence in HF patients, and this neurological issue must be differentiated from sleep apnea for optimal treatment. However, atrial fibrillation (AFib) is also a major obstacle in disease management.

Catheter ablation for AFib in patients with heart failure was associated with a lower risk of death.

In the CASTLE-AF study, patients with symptomatic paroxysmal or persistent atrial fibrillation were randomized to undergo either catheter ablation or medical therapy.

After a median follow-up of 38 months, the authors observed that catheter ablation for AFib in patients with heart failure was associated with a lower risk of death.

The authors acknowledge the trial did not include masking regarding randomization and treatment, and that mortality might have been affected in all patients, as they were already required to have an implanted defibrillator. We welcome the results of this trial and look forward to more studies on this topic.