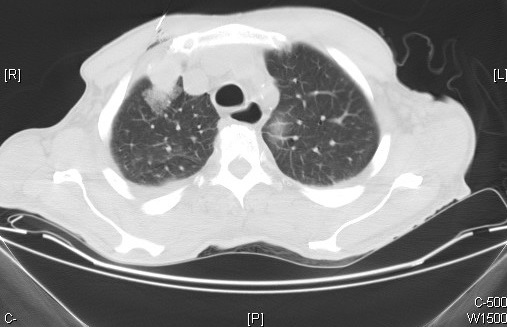 Though only a few years ago powerful Next-Generation Sequencing technologies started to enable scientists around the world to assemble the evidence that genetic heterogeneity and cancer evolution are indeed common across most solid tumours types [1]. These data provided a compelling explanation for the frequent failure of novel genotype targeted therapeutics and for the persistently poor outcomes in oncology.

Yet, although intratumour heterogeneity and the fundamental evolutionary nature of cancer are now widely accepted concepts, their impact on daily practice remain negligible where they are thought to have the biggest consequences: in the clinic.

Although intratumour heterogeneity and the fundamental evolutionary nature of cancer are now widely accepted concepts, their impact on daily practice remain negligible where they are thought to have the biggest consequences: in the clinic.

Mutations in so-called driver genes, which promote tumor progression and are likely to influence drug sensitivity and resistance, were often heterogeneous. Based on these results, we predicted that treatment responses of different tumor subclones and even of different metastases should vary within individual patients.

In our study published in BMC Medicine, we now tested this hypothesis in 27 patients with kidney cancer who received treatment with anti-angiogenic tyrosine kinase inhibitors (TKIs). To investigate heterogeneity of drug response and resistance, we tracked the size of multiple metastases in each patient.

We analyzed a total of 115 metastases with serial CT scans that had been performed at regular intervals throughout TKI treatment. This showed that the majority of patients (56%) did have a heterogeneous response between metastatic sites.

The biggest surprise came when we analyzed how metastases changed at the time the tumor acquired drug resistance and started to progress again.

These results show that drug response and resistance heterogeneity are common in clear cell kidney cancers. Unfortunately, tumor samples to compare genetic heterogeneity with the radiological results were not available. Nevertheless, these results support our initial hypothesis and mirror the intratumor heterogeneity which we found at the genetic level in our previous work.

These new data is likely to have important implications for treatment decision making. For example, continuation of TKI treatment may be beneficial in patients in whom the bulk of the metastases remain controlled. Individual progressing lesions may benefit from focal therapies.

In addition, radiological criteria that evaluate drug treatment efficacy (so called ‘Response Evaluation Criteria in Solid Tumors’ or RECIST criteria) do not capture or report heterogeneity. Treatment switches or discontinuation may hence occur unnecessarily early in patients with small volume progression while the disease bulk remains under control. Potential differences in prognosis and probability of benefit from second line therapies between patients with homogenous and heterogeneous progression patterns remain unknown as a consequence.

Analyses of drug response heterogeneity may also help to evaluate new therapies and define optimal combination treatments in metastatic cancers. New immunotherapies have already changed the outcome of cancers such as melanoma, where long term responses can now be achieved in a significant proportion of patients. Checkpoint blocking immunotherapy also has activity in renal cell carcinomas.

It will be important to assess if the distinct ability of the immune system to evolve and to potentially recognize and target multiple heterogeneous subclones reduces heterogeneous responses.

In order to change oncological practice, heterogeneity studies using radiological and genetic approaches, for example based on liquid biopsy approaches that require simple blood samples [3], should be routinely incorporated into clinical trials. That would require establishing better radiological response criteria, which incorporate heterogeneity measures and quantify the proportion of the cancer that is progressing.

Such approaches could rapidly assemble the data that helps to define how intratumor heterogeneity influences clinical outcomes and to provide the rational for the development of effective, heterogeneity-aware interventions. This could eventually change clinical practice, so that instead of treating cancers as a uniform and static disease, we treat them as evolving entities.

Dr Shanthini Crusz is a Clinical Research Fellow at Barts Cancer Institute in London where she studies clinical implications of intratumour heterogeneity and contribution of immune cells to metastatic pancreatic cancer progression.

Dr Marco Gerlinger is a Clinician Scientist in the Centre for Evolution and Cancer at the Institute of Cancer Research, London and a Consultant Medical Oncologist at the Royal Marsden Hospital in London. His work focuses on understanding and controlling cancer evolution in solid tumours through adaptive therapy approaches, drug resistance reversal and combination immunotherapies.