Lots of progress is being made in understanding the pathophysiology of Parkinson’s disease, in many cases using clues from genetics. I was especially interested in some of Dr Jeffrey Kordower’s data on neuroprotective strategies, including novel immunotherapy approaches, and Jim Surmeier’s data on the role of pacemaking activity in selective vulnerability of specific neuronal populations in Parkinson’s disease.

Within ten years we will have identified strategies to slow progression in subsets of Parkinson’s disease patients. Genetics and biomarkers will play a greater role in selecting individualized therapies for patients. Stem cell therapies are moving into the clinic and, if successful, may become an option for some patients.

A wide spectrum of topics was covered and there were multiple take home messages in a number of different areas, ranging from very basic science to clinical applications. I was impressed by the growing presence of reports on gait, technology and exercise. These are three areas of special interest to me. There seemed to be a relatively large number of abstracts and presentations in these areas this year.

There is lots of discussion, interest and hope for new therapies that can either prevent or slow down neurodegenerative diseases like Parkinson’s disease. As an optimist, I would like to believe that some of these will be proven effective or at least be further developed over the next ten years.

That would have a profound impact on the field. In addition, I anticipate that new and emerging technologies (e.g. wearables, closed loop deep brain stimulation) will find their place as part of clinical practice, enhancing the clinician’s ability to assess, follow and treat patients.

There are an increasing number of genetic etiologies being identified for neurological diseases. Exercise continues to be the best thing for Parkinson’s Disease. Some interesting data were presented on new forms of Tetrabenazine for Huntington’s disease, and on Valbenazine for Tardive Dyskinesia.

In the next ten years hopefully we will have some molecular therapies which we will be using on a regular basis, and pharmacotherapies which can be targeted at specific cell populations. I imagine that deep brain stimulation will be obsolete, and there will probably be many more genetic diagnostic techniques. 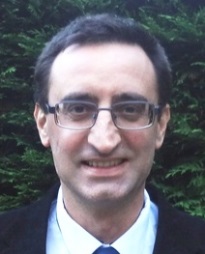 Professor Mario Manto
Belgian National Research Foundation, Belgium
Speaker: The Cerebellum in Health and Disease
Editor-in-Chief of The Cerebellum and Cerebellum & Ataxias, Deputy Editor of Journal of NeuroEngineering and Rehabilitation

The Congress in Berlin shows that major advances have occurred in the understanding of the mechanisms underlying the functions of basal ganglia. The consequences of brain lesions in terms of symptoms are much better defined.

The clinical community takes into account the daily life of patients in a much more accurate way. Major advances in genetics of movement disorders thanks to next-generation sequencing are expected in the future. The fast analysis of the genome is showing that the interaction with the environment is highly complex.

The plasticity of basal ganglia is a topic of great interest for specialists in movement disorders. The anatomical networks linking basal ganglia, cerebral cortex, brainstem and cerebellum are now much better defined, especially with the use of advanced neuroimaging tools.

Movement disorders occurring during sleep and genetics of movement disorders are two other topics that have raised a great interest in the audience. Translational research is expanding in these fields.

In the next ten years we can anticipate major impacts of genetic discoveries in the management of patients. Personalized medicine and even personalized neurological care is on the front.

New modulators of dopamine pathways in the brain are being discovered and will change the clinical practice in Parkinson’s disease. A better care for movement disorders-related pain control is anticipated.

The 21st International Congress of Parkinson’s Disease and Movement Disorders will be held in Vancouver, BC, Canada from June 4-8, 2017.