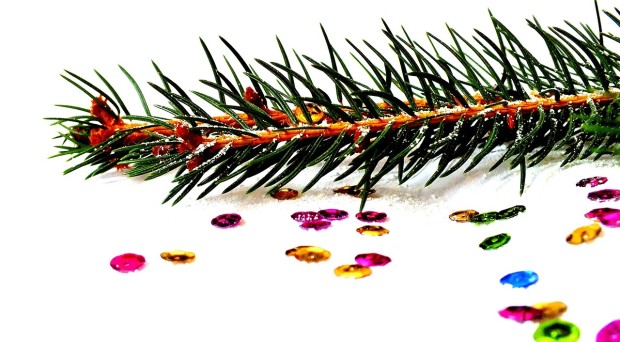 When I start planning a blog post, one of the first things I usually do is check what health awareness days are coming up that month. This time of year it’s all about AIDS and men growing beards.  But I’m not going to do that this time.

Instead, I’m going to investigate a type of illness for which patients suffer general discrimination and stigmatization, as well as a chronic underfunding of the health care that they need that many people with other types of illness are much less likely to face.

There are many forms of this illness. They are diverse and include anxiety, depression, bipolar disorder, eating disorders, post-traumatic stress disorder, and schizophrenia, to list just a few.

That’s right, I want to talk about mental health problems.

Christmas is meant to be a time of joy and celebration but the stress and anxiety of the festive season can intensify mental illnesses. Media images of smiling friends and family can also increase the feeling of being lonely, which can have a serious impact on mental health. According to one study, there is a 40% rise in the number of suicides just after Christmas.

There is a 40% rise in the number of suicides just after Christmas.

It’s a sad fact that people suffering from mental illness often don’t get the same access to services or quality of care as people with physical diseases and already underfunded mental health services have seen significant cuts over the last few years.  Furthermore, mental health research receives only a fraction of the funding given to research into other long-term diseases.

The research that is being done into mental illness is wide ranging in scope; the ISRCTN registry currently holds almost 1700 studies on mental and behavioral disorders, 153 of which are currently being run in the UK.  Studies registered include those developing new treatments, using new technology to help more people access treatments, and preventing people from developing mental health problems in the future.

Cognitive behavioral therapy (CBT) is a talking therapy commonly used to treat a range of mental illnesses. It works by helping people manage their problems by changing the way they think and behave, but there is a long waiting list to get this treatment on the NHS and private care is expensive.

One possible way of making this treatment more accessible is making it available as a self-help online resource. The University of Glasgow are currently running a study to see whether people can be encouraged to use an online CBT resource, whether they then continue to use it, and whether it actually works as a treatment.

Other UK studies are looking at tailoring online CBT resources for a particular mental health problem or combining online CBT treatment with traditional face-to-face therapy; examples include the “Enjoy your baby, life skills for mums and new babies” and  “E-COMPARED” studies, respectively.

One possible way of making cognitive behavioral therapy more accessible is making it available as a self-help online resource.

Generally speaking, medication is not able to cure mental illness, but it can be effective at reducing the symptoms or helping the patient to manage them better. However, it doesn’t work for everyone.

Researchers at Hammersmith Hospital are investigating psilocybin, the active ingredient found in magic mushrooms, as a potential treatment for people with depression who have not responded to more traditional drug therapies. Alternatively, this study is looking at giving treatment-resistant patients transcranial direct current stimulation (tDCS), which involves using a very mild electrical current to trigger the activity of certain chemicals in the brain, and comparing it with a common antidepressant.

Exercise has long been considered beneficial for people with mental health problems. One recent study in Germany looked into the possibility of using indoor rock climbing as a treatment for people with depression.

On a related note, a group of  researchers  based in London talk about how a mental illness can also affect physical health and lead to a shorter than average lifespan. They are currently investigating whether physical exercise can help people whose mental illness have contributed to them becoming obese, diabetic, or just adopting a generally unhealthy lifestyle.

Recently, I have noticed that a significant number of mental illness studies being registered with the ISRCTN registry have centered on the technique of mindfulness.

This one, for example, is testing a mindfulness-based crisis therapy for people admitted to psychiatric wards.  But mindfulness isn’t just for people already suffering from mental ill-health.  It can be beneficial for anyone wanting ways to cope with stress levels, general anxiety, concentration issues, or to generally improve their enjoyment and quality of life. This program, for example,  is currently being run in schools in Finland to help children cope with stress and improve their mental health.

People who are socially isolated are more likely to suffer from stress, have low self-esteem, and have trouble sleeping. It is also associated with developing mental illnesses, such as anxiety, depression or schizophrenia.

Social isolation and loneliness can be a real issue for people with mental health problems. People who are socially isolated are more likely to suffer from stress, have low self-esteem, and have trouble sleeping. It is also associated with developing mental illnesses, such as anxiety, depression or schizophrenia, or making the symptoms of these conditions worse.

Queen Mary, University of London, is currently sponsoring a study where people with schizophrenia or a schizophrenia related illness are randomly chosen to either meet with a volunteer once a week to do a social activity of their choice (for example, going for tea and cake or to watch a film at the cinema) or have a one-off meeting with a researcher to discuss doing local inexpensive social activities or joining local groups. It is hoped that spending time with other people may alleviate symptoms of mental illness.

A call for equal treatment

As already mentioned, although mental illness is an active area of research,  the amount of funding available is significantly less than for physical health conditions. People suffering from a mental illness in the UK are also short-changed when it comes to getting treatment on the NHS compared with other patients.

Shockingly, only 25% are thought to be able to access any treatment and only 15% of patients are identified as likely to benefit from a talking therapy (such as CBT) are receiving it.

Only 25% of people with mental health problems in the UK are thought to be able to access any treatment.

It is only with more awareness that more investment will be made into mental health treatment and research.  Happily, a campaign has just been launched called Equality for Mental Health. It has been set up to encourage the government to increase investment into provision of public health services for people with mental health problems.  It can only be hoped that campaigns such as this will close the gap between physical and mental health services.

I agreevwith the article. There is a huge gap between mantal and physical health treatment. And In many countries depression even is not considered as a disease. Here you my find more depression facts and statistics: http://undepress.net/9-depression-facts-and-statistics/

Editor at Biomed Central
Alison is a Senior Editor for the BMC-series. She studied at the University of Reading completing a PhD on investigating the effects of mutations on the structure of p53. After working for a time in academia, she joined BioMed Central in May 2014, as a Database Editor for the ISRCTN registry. Alison joined the BMC-series in November 2016.