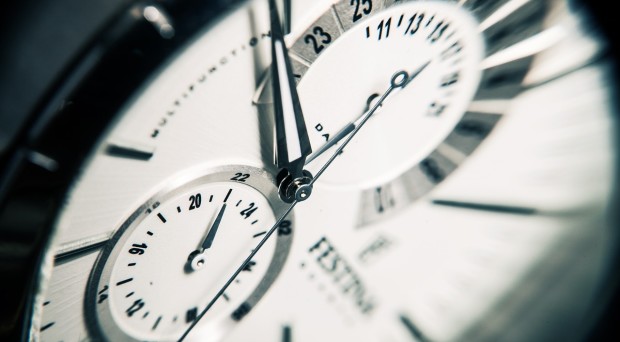 At an event celebrating Irish American contributions to medicine last year in New York, I found myself talking to a very distinguished academician from a very distinguished medical school—or rather filling in the air with the kind of small talk that can either ascend on luck to a decent joke or, as is more often the consequence of pregnant silence among strangers, deflate to pointless or obsequious drivel.

“So, I’m going to be launching the AllTrials campaign in the US in the coming year,” I said. The reply came with a conversation-ending snort of derision: “Good luck with that.”

To be fair, the good doctor’s response was not unique; many people, even those outside the field of medicine, have reacted in a similar way to the idea that the pharmaceutical industry would, willingly, divulge the data buried in its collective closet. It might comport with current or new laws (if those laws are enforced), but why would any executive take the risk in opening up the past to scrutiny?

Such responses suggested that while medicine and science might move forward in terms of advancing knowledge, the institutions and corporations responsible for scientific advancement had stopped evolving; they had reached some equivalent modality to “the end of history,” Francis Fukuyama’s claim about liberal democracy as the final evolutionary point of government.

An entire academic field—an entire sector of the economy—claims to be governed by science; and yet, we see that field, that sector, systematically fail to act scientifically when it comes to data transparency.

But how long can we avoid something that is so obviously contradictory? An entire academic field—an entire sector of the economy—claims to be governed by science, with all the rational obligation that entails; and yet, we see that field, that sector, systematically fail to act scientifically when it comes to data transparency.

How many in these communities deprecate the public for unscientific attitudes yet tolerate publication bias and P-hacking and other unscientific practices?

These contradictions are becoming more and more difficult to ignore thanks to their own expanding scientific literature. One recent finding comes from the study published in BMC Medicine by Dechartres et al., which found that serious adverse events were underreported or not reported at all when the same trial results were published in an academic journal versus ClinicalTrials.gov.

Another recently published study in PLOS One by Rucklidge et al. found evidence of poor compliance with registration and selective reporting of results in psychiatric trials over a period of four and a half years.

The researchers conducting these studies are doing society an immense service; but change, of course, will not simply happen when we reach n number of such papers. As the economic historian Joel Mokyr has noted, the breakthrough scientific knowledge of the 17th century required a series of social changes before it could transform society.

He calls this period of transformation in the way knowledge was catalogued, analyzed, and disseminated, the Industrial Enlightenment. Production became more rational, social barriers began to break down (the artisan collaborated with the aristocratic scientist in the search for generalizable knowledge), and a public sphere emerged in which the notions of enquiry and critical thinking helped shape self-understanding. We became modern.

We are, I think, in a similar historical moment. Technology has enabled new ways of measurement, data sharing, and analysis, all of which have nourished the idea of data transparency and collaboration as more rational and efficient ways of problem solving.

Data collaboratives are, in many ways, the scientific societies of the 17th and 18th century reimagined through the Internet. Sharing data, for good or bad, is a cultural norm among those under the age of 30. All of this represents a new Industrial Enlightenment.

These forces will remake our institutions just as they are remaking business. And if ever there was a sign that there was an inexorable logic to clinical trial transparency, it came with the July announcement from pension and investment groups managing over €3.5 trillion in funds that pharmaceutical companies should embrace it. Their message is that we have reached the end of business as usual. It was a message amplified by the Economist and the Financial Times; it’s a message that has already been reified by such companies as GSK and Johnson & Johnson.

I think the success of the AllTrials campaign will not be a matter of luck, except in good timing; because the time for clinical trial transparency is now.

When we finally launched AllTrials in the US in July, the intensity of support from patients and patient groups, academics, and institutions, and professional societies was inspiring. But it was also inspiring to see the idea taken up people outside medicine, to see how it is reflected in a wider intellectual and technological movement that wants to transform business and governance—the “Solution Revolution,” as William Eggers describes it in his book of the same name.

And so I think the success of the AllTrials campaign will not be a matter of luck, except in good timing; because the time for clinical trial transparency is now.

You can sign the AllTrials petition by visiting: www.alltrials.net/petition.

Trevor Butterworth is Director of Sense About Science USA, which advocates for public engagement in an evidence based approach to science and technology and for clinical trial transparency. He is also editor of STATS.org, a collaboration between the American Statistical Association and Sense About Science USA that works to improve statistical literacy in the news media and society.

Trevor has written for the New Yorker online, Harvard Business Review, The Financial Times, The Wall Street Journal, and many other publications. He was educated at Trinity College Dublin, Georgetown, and Columbia University.