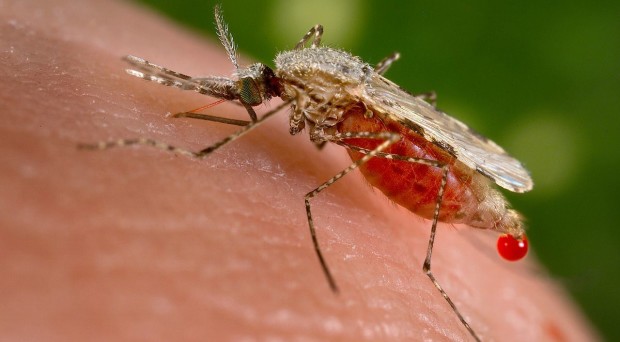 Malaria is the most important parasitic disease, causing around 600,000 deaths per year. While mortality rates have reached an all-time low, having fallen by 47% since 2000, the disease remains a major global health threat. It is estimated that 3.3 billion people globally are currently at risk of malaria infection.

As we move towards a new set of global goals for sustainable development, we have an unprecedented opportunity to put an end to the global threat of malaria once and for all

Speaking at the recent “Financing for a New Era” event in Addis Ababa, U.N. Secretary-General Ban Ki-moon said that:

“As we move towards a new set of global goals for sustainable development, we have an unprecedented opportunity to put an end to the global threat of malaria once and for all”

In a forum article published today in BMC Medicine, global experts working in malaria research discuss the different strategies that could contribute to malaria elimination becoming a reality. Marcel Tanner introduces current goals for a malaria-free world, including the World Health Assembly’s global technical strategy, which aims to reduce global incidence and mortality rates by at least 90% by 2030. Tanner highlights that:

“First and foremost, it is important that we recognize that the majority of the remaining burden and ongoing transmission is located in the most neglected segments of the populations in endemic areas”

Exploring the contribution of epidemiology to malaria elimination, Brian Greenwood explains that targeted elimination of malaria from a specific country must be based on sound understanding of the prevalence of malaria infection, the causal species, and knowledge of the local population. Following successful interventions to interrupt malaria transmission, Greenwood recommends that epidemiological surveillance must continue to ensure any new infections are treated promptly.

Overcoming the threat of antimalarial resistance

Antimalarial treatments have been successful for the prevention and treatment of infection, but the development of therapies has been followed by the evolution of drug resistance by the malaria parasite. Ric Price outlines the emergence of drug resistance, including the recent threat of artemisinin resistance in Southeast Asia. Price concludes that:

One approach to overcoming resistance is mass drug administration (MDA), as discussed by Arjen Dondorp and Lorenz von Seidlein. The authors explain that MDA aims to wipe out the asymptomatic parasite reservoir, and prevent re-infection of treated individuals for several weeks. Dondorp and von Seidlein discuss current trials for MDA in the Greater Mekong Subregion, and recommend that:

Preventing malaria infection in those living in or visiting endemic areas is an essential part of eliminating the disease. Following the publication of a landmark phase III study, the world’s first malaria vaccine has been approved by the European Medicines Agency today. The vaccine, RTS,S, provides partial protection against malaria infection in children, and it is expected that the World Health Organization will provide a recommendation on its use later this year.

In BMC Medicine’s forum article, James Beeson and Freya Fowkes discuss the different vaccine approaches to protect against infection, protect against disease, and reduce transmission. The authors outline the different vaccine candidates against Plasmodium falciparum and P. vivax, and emphasize that vaccines combining multiple targets and stages of infection will be required for achieving and sustaining elimination.

what is needed is a serious large scale investment by international, regional and national stakeholders in building the leaders of the future for malaria research, control and eradication

While tools including rapid diagnostics, treatment of infections and vector control methods show promise against P. falciparum malaria, P. vivax has a dormant stage (the hypnozoite), against which many interventions are ineffective. Kevin Baird discusses the need for new tools to overcome P. vivax malaria, explaining that primaquine is the only effective drug to attack the hypnozoite reservoir at present, but is toxic in those with glucose-6-phosphate dehydrogenase deficiency (G6PD). Baird proposes that robust G6PD diagnostic tools are required to combat P. vivax malaria.

The need for capacity building

In order for a multidisciplinary malaria elimination strategy to become a reality, long-term investment to strengthen capacity in affected countries is required, as discussed by Kevin Marsh and Faith Osier. The authors explore how we can learn from the global polio eradication campaign, concluding that:

“what is needed is a serious large scale investment by international, regional and national stakeholders in building the leaders of the future for malaria research, control and eradication”

You can read the experts’ detailed comments on the contribution of the different strategies to malaria elimination in our forum article at: http://0-www.biomedcentral.com.brum.beds.ac.uk/1741-7015/13/167

This article is part of our Combating malaria: research, prevention and treatment article collection, which is guest edited by James Beeson. This collection remains open for research submissions, and you can send pre-submission enquiries to bmcmedicineeditorial@biomedcentral.com.