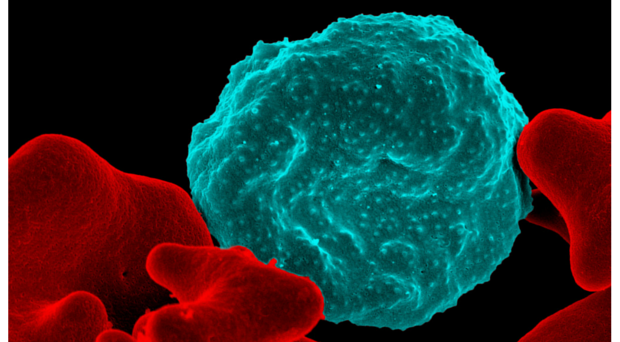 Who is most affected by malaria?

Malaria potentially affects anyone exposed to the parasite, but the people at most risk are those living in malaria–infected regions of Africa and Asia. In terms of serious disease, the burden falls mainly on young children aged less than about five years old and on pregnant women who live in malaria endemic regions.

Why do we need to know the mechanisms of protective immunity?

Currently, nearly 600,000 children die every year from malaria infection, mainly due to infection by Plasmodium falciparum. However individuals vary greatly in their response to such infection.

Unless we understand the mechanisms of protective immunity we cannot identify those at risk of developing serious disease following malaria infection.

Secondly, there is a pressing need to develop a malaria vaccine that can protect children from serious malaria-related conditions. In order to evaluate potential vaccine candidates, robust assays must be developed to determine which candidates elicit the most useful protective responses.

Can you explain how the body reacts when infected with malaria?

Following a bite from an infected mosquito, parasites migrate via a person’s bloodstream to the liver. This stage of the infection is asymptomatic. After about eight days parasites are released into the bloodstream where they infect red blood cells.

The repeated rupture and reinfection of red blood cells at this stage of infection is associated with symptoms such as fever induced in response to cytokines released by white blood cells including monocytes.

In people lacking immunity, malaria can rapidly develop into a very severe illness, with a high risk of death. One factor associated with risk of death is production of very high levels of cytokines like Tumor Necrosis Factor (TNF), mainly by monocytes.

Protection against malaria relies substantially on producing antibodies against either the parasite released from the red blood cell (merozoite) or against parasite proteins expressed on the surface of the infected red blood cell.

Increasingly, it seems that antibodies and complement (part of the immune system that facilitates the ability of antibodies and phagocytic cells to clear pathogens) work together to clear malaria infected red blood cells. Producing antibodies with the right properties may prevent the infected person from being at risk of severe disease.

What’s special about the monocyte’s subset that you have studied, and why is CD16 so important?

Our data show that only CD16 is essential to promote phagocytosis.

We have shown that in the context of whole blood, the intermediate monocyte subset is the only monocyte type that efficiently phagocytoses, or ‘eats’, antibody-coated infected red blood cells and produces cytokines such as TNF in response to this ingestion.

Intermediate monocytes express three different types of antibody receptor, but our data show that of these, only CD16 is essential to promote phagocytosis.

What were your main findings, and what do they mean?

Most research into phagocytosis of malaria by monocytes has used purified cell preparations and considered monocytes as a single population of cells. However monocytes are currently defined as belonging to one of three distinct subsets or types: classical, intermediate and non-classical.

The CD16 antibody receptor was essential for phagocytosis of antibody-coated infected red blood cells, but it required help from complement receptors. This implies that if a vaccine aims to generate opsonizing antibodies (antibodies that allow the pathogen to be recognized as an invader), the ability of those antibodies to fix complement must also be considered as an important response.

How can your results be applied to current knowledge?

The challenge will be to develop robust, practical whole blood assays to use in field studies to correlate monocyte responses with disease outcomes.

Studies to test this are currently underway. The challenge will be to develop robust, practical whole blood assays to use in field studies to correlate monocyte responses with disease outcomes.

Finally, the uncovering of a special role for the antibody receptor CD16 in mediating infected red blood cell ingestion suggests that one could investigate whether specific polymorphisms in the CD16 gene are associated with protection from serious disease following malaria infection.

Thanks for the work on monocytes and malaria. In my study of malaria prophylaxis using Artemisia annua tea, i found that the people taking the tea had less malaria attacks and also they had significant higher monocyte level. However due to equipment limitation in uganda i could not characterise which sub population of the monocytes were raised in those protected against malaria. I would be glad to collaborate on this with you to check the types of monocytes in persons doing prophylaxis with Aa in Uganda.