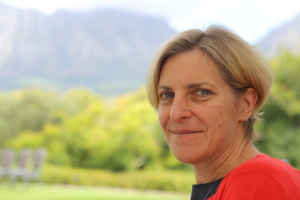 Data from the FEAST trial published today in BMC Medicine suggest that severe anemia is common in African children with febrile illness, and adherence to current transfusion guidelines is poor. In this guest blog, Maitland discusses anemia in Africa, the WHO guidelines, and how fluid boluses cause harm.

In sub-Saharan Africa, severe anemia in children is a leading cause of hospital admission and a major cause of mortality. Underlying infections, including but not limited to malaria and sepsis, are the most common causes of severe anemia.

Children with severe anemia have high rates of in-hospital mortality (9-10%). Timely blood transfusion can be life- saving, yet there are limited published data on the use and outcome of blood transfusion in this vulnerable group.

The Fluid Expansion As Supportive Therapy (FEAST: ISRCTN69856593) controlled trial of fluid resuscitation strategies was conducted between 2009 and 2011. It enrolled children with severe febrile illness and impaired peripheral perfusion admitted to six hospitals in Uganda, Kenya and Tanzania. Children were randomly allocated to receive boluses of 20 to 40 ml/kg of 5% albumin solution (albumin-bolus) or 0.9% saline solution (saline-bolus or no bolus (control).

In addition, clinicians at all sites were requested to follow national or World Health Organization (WHO) blood transfusion guidelines for children who had severe anemia (a hemoglobin below 5g/dl). The trial was stopped by the data monitoring committee after enrolling 3141 of 3600 children, since albumin or saline boluses significantly increased 48-hour mortality (the primary outcome) being 10.6% and 10.5% respectively compared to control (no bolus) 7.3%.

Since data are generally lacking on the prevalence, clinical features, timing of blood transfusion and adherence to WHO guidelines, we used the data from the FEAST trial to provide a detailed description of these aspects. We also conducted an in-depth analysis of the primary outcome by treatment arm for every level of hemoglobin, to explore whether the degree of anemia resulted in the excess mortality associated with fluid boluses in the FEAST trial.

The WHO transfusion guidelines

Guidelines developed by WHO encourage the rational use of blood transfusion to treat severe anemia in order protect the limited supplies of blood. Nevertheless, evidence is lacking on what hemoglobin threshold criteria for intervention, volume and timing of transfusion are associated with the optimal survival outcomes.  As a result doctors often ignore guidelines and prescribe transfusions regardless of these thresholds.

Was there adherence to the WHO transfusion guidelines in your study?

Repeat transfusion varied from ≤2% in Kenya/Tanzania to 6-13% at the 4 Ugandan centers. Adverse reactions to blood were rare (0.4%). In children randomized to receive fluid boluses of 0.9% saline or albumin, mortality was increased (10.6% and 10.5% respectively) compared to controls (7.2%), regardless of admission hemoglobin level.

What importance does it have for clinicians and policy makers?

Emergency supplies of blood are critical for the survival of children with severe anemia. When blood is not available or not prescribed by clinicians this may lead to substantial mortality, with most deaths occurring within 2-3 hours of the child arriving to hospital.

It is essential that doctors adhere to WHO guidelines; overuse of blood for transfusion in children who do not have severe anemia reduces the resource available for emergency transfusion.

Children receiving fluid boluses of albumin and saline had significantly increased 48-hour mortality compared to control (no bolus) irrespective of baseline hemoglobin and thus the presence and severity of anemia does not explain the excess mortality associated with fluid boluses in the FEAST trial.

A common question or interpretation of the FEAST trial results were that fluid boluses principally harmed children with severe anemia and/or malaria, and by extrapolation the results of the trial have little relevance to settings or populations without either of these conditions.

In response to numerous commentaries (and included other publications) the authors have clearly explained that the fluid boluses were harmful in all subgroups (including large subgroups with sepsis, malaria, severe acidosis, dehydration) and at every site and across all age groups.

In this paper we now add an in-depth analysis of the primary outcome by treatment arm for every hemoglobin level (9 strata), to explore whether the degree of anemia resulted in the excess mortality associated with fluid boluses in the FEAST trial. We showed that fluid boluses were harmful regardless of admission Hb level, and with no evidence of heterogeneity (p >0.3) between any subgroups.

Kathryn Maitland, a consultant in Paediatric Infectious Diseases at Imperial College and an Honorary Fellow at the MRC Clinical trials Unit, is based full time in East Africa. Back in 2013, her research group completed the largest trial of critically ill children ever undertaken in Africa, the FEAST trial.