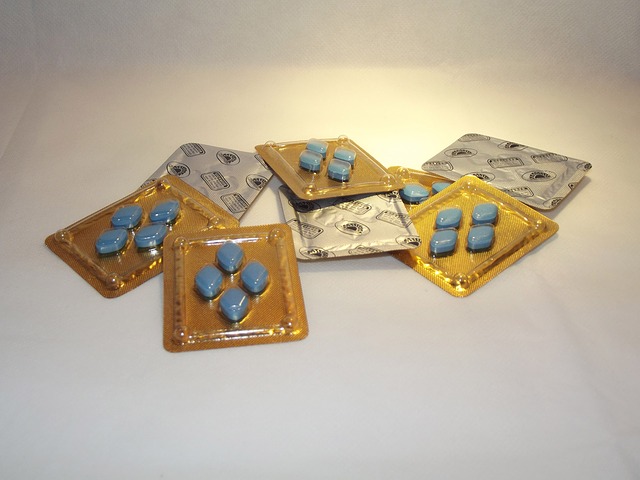 New research published today in BMC Medicine shows that Viagra could be used as a safe treatment for heart disease. In this guest post, lead author on the paper, Andrea M. Isidori of Department of Experimental Medicine at Sapienza University of Rome, tells us more about the background to this research and what they found out.

Everybody’s heard of Viagra (sildenafil). It was the first phosphodiesterase type 5 inhibitor (PDE5i) marketed for the treatment of erectile dysfunction. But few people are aware of the other beneficial effects and potential new uses for this class of drugs.

Viagra was originally tested for heart problems – angina pectoris, a chest pain associated with coronary heart disease – on the basis of its vasodilatory effects (in other words it widens the blood vessels). Its results as an anti-angina drug were only modest, but patients reported the unexpected “side effect” of improved erections. The focus of interest in this drug shifted rapidly from the heart to the bedroom.

In the first decade (1998-2008) after its approval, Viagra revolutionized the sex lives of millions and became one of the most commercially successful drugs in the world, with over 1.8 billion pills used by about 35 million people. The number is still growing.

However, the success of the blue pill was accompanied by isolated early reports of cardiovascular events and sudden deaths. Nonetheless, subsequent large surveillance studies merging data from placebo-controlled clinical trials, the prospective observational cohort study and the International Men’s Health Study (IMHS) demonstrated that myocardial infarction and all-cause mortality rates for Viagra were similar to placebo, suggesting that its use was not associated with any greater risk.

So how can we explain the early reports of cardiovascular side effects?

Mainly through its incorrect use alongside nitro compounds (NO-donors). This can produce an acute drop in blood pressure that, combined with the increased oxygen required during sex, can be detrimental in men with heart disease.

Clearly, this is the result of a series of conditions occurring simultaneously. When Viagra is taken correctly, it is no longer a concern. Nevertheless, in the mind of the public, use of the “love pill” was at this time invariably considered dangerous for patients with heart disease.

Today, these drugs can be taken daily to treat other conditions: pulmonary arterial hypertension and lower urinary tract symptoms, for example.

Interest in continuously administered PDE5is is growing in several areas, such as andrology and urology, for rehabilitation of erectile function, relief of the symptoms of benign prostatic hyperplasia and treatment of some bladder disorders; respiratory medicine, for its effects on pulmonary hemodynamics; neurology, to protect the brain against ischemic injury; and rheumatology, for the treatment of Raynaud’s phenomenon.

Several animal studies have shown that Viagra attenuates cardiac remodeling, with an anti-hypertrophic and anti-fibrotic effect, and protects the heart against different types of injury.

In the last sixteen years pre-clinical and clinical research into the extra-urological effects of PDE5i has expanded dramatically, revealing previously unsuspected indications for these drugs. Once more, the blue pill could change the quality of life of millions of people.

Our meta-analytic research just published in BMC Medicine originated to clarify some controversies emerging from the available human studies. We wanted to analyze if chronic PDE5i administration was cardioprotective and safe, and, if so, where the benefits were mainly seen: cardiac muscle, peripheral vessels, or both.

We showed that continuous administration of Viagra improves cardiac performance and has an anti-remodeling effect without a major impact on vascular parameters, suggesting that it does indeed have a direct effect on the heart.

The novelty of this meta-analysis is the identification of subgroups of patients that may benefit more from PDE5i: patients with cardiac hypertrophy and heart failure, and patients developing a maladaptive remodeling to different injuries, in which the cardiac pump no longer works well.

Our study is the first to show in a large patient cohort that chronic PDE5i administration improves cardiac output and decreases heart rate.This could result in longer survival, increased exercise tolerance and a better quality of life. Surprisingly, the magnitude of effects was similar to that seen with the drugs currently used to treat these clinical conditions, and was obtained in a relatively brief period (3 to 12 months).

Most strikingly, we found that PDE5is are among the very few drugs that are able to improve diastolic relaxation, thus helping the correct refilling of the ventricle after each contraction, a nearly unique feature in drugs used in cardiology, and with incredible potential for future development in the prevention of heart failure.

We also demonstrated their high tolerability and safety in a population that included elderly patients with various stages of cardiac disease and numerous comorbidities who were taking multiple pharmacological treatments. This setting resembles what we normally see in real life, supporting that daily administration is safe and involves no increase in the risk of adverse events compared to on-demand use.

It is now time for a large multicenter study of the effects of PDE5is on cardiac architecture, taking into account the evidence emerging from this meta-analysis. This publication sets the scene for a change in general opinion on PDE5is.

So, the circle completes here. It all starts with Heart(in genuine cases only) and finish on bed. Now, because you do something on bed, you decrease chance of a cardiac arrest. Besides, great work.

As a woman with Heart Failure & damaged heart valves plus COPD & battling with Low BP so unable to use Nitro, what effect would this Viagra have on my heart, lungs & BP problems as it is easier to drop one’s BP when necessary & not easy to raise it. Also trying to keep my heart rate down & even light exercise raises it.

It seems likely that the effect of PDE5 inhibitors such as Viagra on blood vessels is a significant cause of these effects. If that is the case, then supplementation with L-arginine, the natural substrate of endothelial nitric oxide synthetase, might be a less expensive and safer means of achieving the same end. NO relaxes the smooth muscle surrounding the vessels, and over time it also remodels the vessels’ endothelial lining so that it becomes more resilient. I’ve taken it for years to prevent symptoms of Reynaud’s syndrome; as a bonus, it has reduced my blood pressure (though not by much).

i have stunt in my heart and i am diabetic. recently i have observed that i have no errection though in my mind i have the urge of sex. can i take sughara 100mg, as i have tried with 50 mg but there is no effect , kindly guide