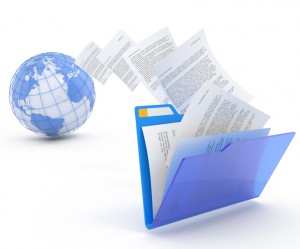 “Truth never damages a cause that is just” – Mahatma Gandhi

Today, European Parliament will vote on the EU Clinical Trials Regulation, including changes to legislation regarding transparency in Europe.

Over the last 30 years, the battle for increased access to clinical trial data has grown in strength. Without publically-available clinical trial results and methods, it is impossible to make informed clinical decisions. The huge, collaborative support seen for the AllTrials initiative is a clear sign that campaigns for greater transparency are gaining momentum.

The estimated percentage of unpublished clinical trials is hotly debated, and lies somewhere between 10% and 50%, depending on what methodologies were used or what article you read. Furthermore, positive results are more likely to be published than non-confirmatory results, commonly referred to as ‘negative’ results, due to the perception that they are less likely to be accepted for publication or less important to the scientific community. This undermines the foundation of evidence-based medicine, and is why journals such as Trials and Journal of Negative Results in BioMedicine publish all sound scientific data, regardless of outcome or significance of findings.

Today, changes to legislation regarding clinical trial transparency are to be debated and voted on by the European Parliament in plenary, where the proposed EU Clinical Trials Regulation could potentially replace the heavily-criticized Clinical Trials Directive. BioMed Central has supported these changes from the beginning and, in October last year wrote to the British Secretary of State urging the British Government to support these changes too.

What would the new legislation mean?

If passed, the new legislation would result in a publically-accessible database for all trials conducted in Europe, managed by the European Medicines Agency. All clinical trials would require prospective registration, with summary results published within 1 year of the trial’s completion. Full Clinical Study Reports would no longer be classed as commercially confidential and, if used in marketing authorization applications, must be made public, regardless of whether they gain authorization or not. Any clinical trials conducted in the past that are used to support the application of a new trial would need to be both registered and the results published.

These reforms have the potential to transform the availability of clinical trial data in Europe, and would be a welcome and promising change to legislation.

But it wouldn’t be the end of the story…

A similar move was made in the United States in 2007 with the FDA Amendment Act. This required all trials conducted in the United States to be registered and summary results to be published on clinicaltrials.gov within a year of trial completion. This seemed like a huge step forward, but in 2012 an audit of clinical trials that were supposedly mandated to publish their results a year after completion revealed 80% had failed to do so.

Additionally, while in the future these new reforms could be key in resolving issues of transparency for clinical trials in Europe, this is also its primary limitation. The reforms only concern clinical trials from Europe, and only those conducted after 2014. We would remain in the dark to trials conducted in the past, those that tested the medicines widely prescribed today.

This emphasizes that the campaign for access to all clinical trial data will not be won by a single change, but requires collaborative efforts. Fortunately, these efforts are being realized, and include initiatives and projects such as AllTrials (mentioned above), the Restoring Invisible and Abandoned Trials (RIAT) initiative and the Yale University Open Data Access (YODA) Project, among others.

This is an exciting time for developments regarding clinical trials and today’s vote could prove to be a key milestone in the campaign for greater transparency. Without knowledge of what trials have been conducted in the past, research cannot move forward, and real risks of bad treatment decisions surround medicines that we do not have complete evidence for.

There have been many promises from regulators over the years that led us to hope that this problem was being solved. While this new regulation is not a panacea and, should it pass, it will undoubtedly come under as much criticism as the much-maligned Clinical Trials Directive, it is a sign that these issues regarding transparency have been recognized and that momentum is building towards solving them. Let’s hope that we have learnt from our mistakes and that we can move on from here to make a real difference to the research environment.

[…] permit information harvesting from science papers and so speed up online searching.  Added to new European law opening up clinical trial data, this has been a good fortnight for big data in […]

[…] EU Clinical Trials Regulation, including changes to legislation regarding transparency in Europe. Ella Flemyng took a look at what this could mean and what still needs to […]

[…] the advent of the AllTrials initiative, the EU Clinical Trials Regulation and the recent Tamiflu debacle, randomized controlled trials (RCTs) have received a lot of […]

[…] as a ‘bridge’ in their commitment to increasing transparency between now and mid-2016, when the EU Clinical Trials Regulation is set to come into […]