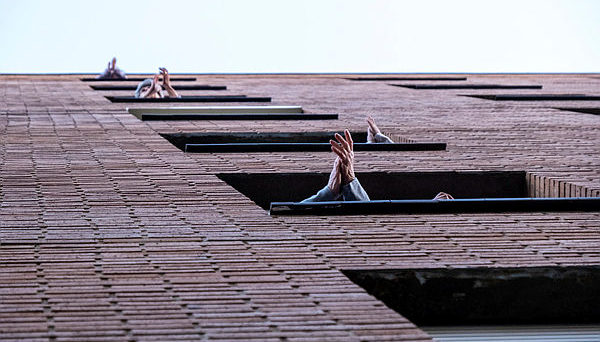 Now, about six months after lockdown commenced in most other European countries, evidence of a significant worsening of population mental health is accumulating

Now, about six months after lockdown commenced in most other European countries, evidence of a significant worsening of population mental health is accumulating. In the United Kingdom, for example, the latest Office for National Statistics survey found that almost one in five adults were experiencing some form of depression in June 2020, almost double the prevalence recorded in the pre-lockdown period. The same survey reported that adults aged 16 to 39 years old, females, those unable to afford an unexpected expense, and people with disabilities were the most likely to experience depressive symptoms during the pandemic. Evidence of differential mental health impacts, particularly on (young) women and young people, and a potential widening of mental health inequalities, with the groups that had the poorest mental health pre-pandemic also having had the largest deterioration in mental health during the pandemic, has been found in other studies.

Suicide researchers have noted that many, if not all, of the adverse consequences of governmental response to the pandemic are, in turn, risk factors for suicide. While they have drawn attention to the possibility of an increase in suicide during and in the aftermath of the pandemic, however, they have also stressed that this is not inevitable. The current dearth of ‘real-time’ data on trends in suicide incidence does not permit drawing any robust conclusions about pandemic-related change. The evidence on the impact of previous infectious disease-related public health emergencies (epidemics) on suicide-related outcomes has been collated in a systematic review, to be published in the journal Crisis (Zortea et al, in press). There was evidence of increased suicide rates among older adults (particularly women) in Hong Kong during the 2003 Severe Respiratory Acute Syndrome (SARS) epidemic and in the year following the epidemic, and associations between Ebola Virus Disease (Guinea, 2015-16) and SARS exposure and increased suicide attempts. Despite methodological limitations of the studies included in the review, synthesis of findings supports an association between previous epidemics and increased risk of suicide-related outcomes.

Unfortunately, previous studies did not undertake detailed investigations of the timing of any increase in the incidence of suicide-related outcomes. Evidence relating to public health emergencies arising from natural disasters suggests a short-term decrease in suicide in the immediate aftermath of a disaster. This has been labelled the “honeymoon period” or the “pulling together” phenomenon. It has been claimed, with some supporting evidence, that, at least in the early acute phase of the current pandemic, social connectedness, community cohesion, mutual support and caring have increased. “Pulling together” at scale, if actually present, would indeed be expected to moderate the negative psychosocial impact of COVID-19, including on suicide-related outcomes, at least in the short term.  In the longer term, however, any positive community-based protective effect on mental health and suicide risk is likely to be overwhelmed by the severity and duration of the post-pandemic economic crisis (especially on young adults whose life chances will be most affected by the collapse of work opportunities and the inexorable rise in unemployment).

The systematic review was also unable to identify any studies which examined the effectiveness of specific interventions in mitigating the impact of pandemics/epidemics on the incidence of suicide-related outcomes. This highlights the urgent need for primary studies of such interventions in the context of the COVID-19 pandemic, in order to inform suicide prevention policies and clinical practice. In the meantime, national governments should strengthen their commitment to developing and implementing suicide prevention programs and activities for which there is established evidence of effectiveness, never losing sight of the importance of addressing inequalities in suicide as well as the overall suicide rate.

Please note – Springer Nature is a publishing company and therefore does not provide direct medical advice. Whilst the research provided above is a useful resource, it should not replace direct consultation with a medical practitioner. Additional information and contact details can be found on the World Suicide Prevention Day homepages here. 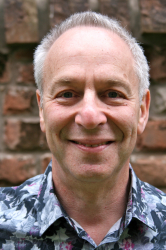 Stephen Platt is Emeritus Professor of Health Policy Research at the University of Edinburgh. He has published widely on social, epidemiological and cultural aspects of suicide and self-harm. He is an adviser to the Scottish and Irish Governments on suicide prevention.