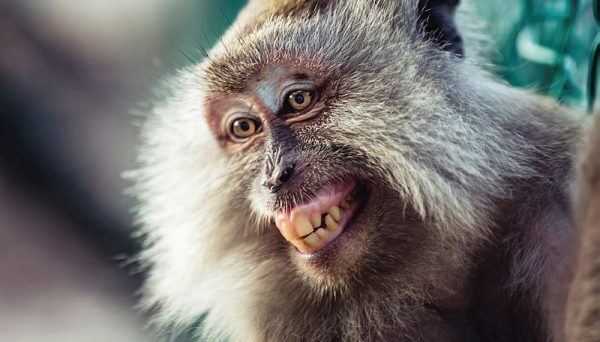 Ecotourism is attractive as it provides an opportunity for tourists to appreciate nature in its’ pristine form, including the chance to interact with charismatic animals native to the habitat. Income from tourism is an important incentive for the conservation of the natural habitat, especially to the local populations familiar with the fauna and flora of the ecosystems.

Aside from the benefits, the rise of ecotourism can also be a double-edged sword.  For example, animal feeding is widely practiced to allow photography in close proximity and to allow petting of the animals, however close physical interaction between tourists and animals can result in changes in animal behaviours from feeding to social interactions.

“Wild” animals, such as the long-tailed macaque, can act as carriers of antibiotic resistance strains, spreading them to other members of the ecosystem through physical contact and via soil and water.

This close human-animal contact also increases the chances for the transfer of pathogenic and non-pathogenic microorganisms from human to animal (anthropozoonosis) and from animal to human (zoonosis). The former is particularly pertinent since cross-continental travel of tourists is common nowadays, increasing the transmission of microbes “alien” to the supposedly unexposed host systems.

A recent study from our team which was undertaken to look into the prevalence of bacteria resistant to antibiotics compared the overall microbial stool composition from human samples and two non-human primate (NHP) species in a semi-urban setting in Malaysia at the Kuala Selangor Nature Park.

Non-human primates in general, are well-known reservoirs of zoonotic diseases to humans and are particularly popular at ecotourist destinations, especially across South-East Asia. The two species we looked at were the long-tailed macaques and silver leaf monkeys.

We found that both the number of antibiotic resistant strains and resistance levels were higher in the workers of the nature park than both the NHPs, and it was also found that the long tailed macaques, which lives in close proximity to humans, has higher rates of resistant strains than  the silver leaf monkey. “Wild” animals, such as the long-tailed macaque, can act as carriers of antibiotic resistance strains, spreading them to other members of the ecosystem through physical contact and via soil and water.

When we compare the gut bacterial composition derived from the stools, higher bacterial richness was detected from humans than in the NHPs. In addition, human gut harbor more bacterial species that are capable of degrading complex sugars and fats, possibility due to our protein- and fat- rich diets. In contrast, the NHPs carries more bacteria that may assist in the degradation of plant-based diets. Such differences in the gut bacterial composition might have implications to the transmission and colonization of pathogens across human and NHPs.

In this study, the isolates obtained from the two studied NHPs were found to exhibit lower antibiotic resistance in comparison to the human subject. The results might indicate low rates of transfer from human to primates in the nature park but the possibility exists. We speculate that the low carriage rate may also be contributed by the difference in gut microbial composition, which controls the colonization of the resistant pathogens.

We argue that provisioning of food to NHPs could alter gut microbiome in the future which may go on to affect carriage rates. A greater awareness about pathogen transfer to tourists and residents is important to avoid transmission, minimizing the impact to wildlife in the future.

We advocate that clear guidelines should be made available at tourist sites whereby unmonitored human-animal interaction takes place to prevent the risk of transmission in either direction between humans and non-human apes, not just to ensure human safety but also to ensure pristine wildlife preservation, behaviorally and physiologically. 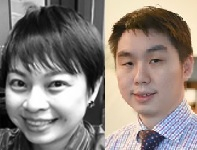 Dr Erin Lim's main research interest is the utilization of natural products to combat antimicrobial resistance with the occasional venture into One Health. She enjoys science fiction, traipsing the globe and savors the performing arts. She is an Assistant Professor at the Abu Dhabi Women's College, Higher Colleges of Technology, UAE.

Dr Chong Chun Wie is currently a Senior Lecturer at School of Pharmacy, Monash University Malaysia. He is a microbial ecologist by training and his main research interest is to explore the link between microbiome, health and diseases.