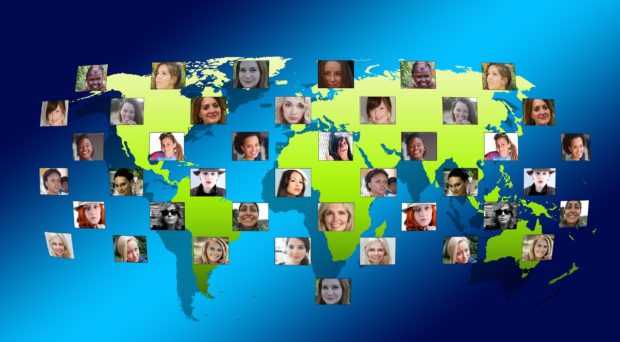 Women around the world

There are many remarkable Southeast Asian women who work in important areas in research institutions, governments, universities and pharmaceutical companies. This project aims to celebrate these amazing women and to inspire young women to take up careers in research and research-related fields.

Mallika Imwong is Head of Mahidol Oxford Tropical Medicine Research Unit’s Molecular Malaria Laboratory, and a Professor in the Department of Molecular Tropical Medicine and Genetics, Mahidol University. Mallika is the recipient of both a Wellcome Trust Training Fellowship and a Wellcome Trust Intermediate Fellowship. Her research has focussed on how drug resistance emerges and spreads in malaria parasites in Asia and Africa, on the true epidemiology of malaria in low transmission settings, and on the biology of relapse of vivax malaria.

“Research is very important to me,” she says. “It’s a way of mediation. To set up a good research question is extremely important in my field. My approach is to first form my own opinion about the subject, then I study what other people’s insights are and finally combining the two.”

Perceptions of the field she’s working in have come a long way in her home country, Thailand. Malika says, “Thirty years ago when I was younger, many people didn’t understand what we were doing on a daily basis. If you told your family that’s what you wanted to do, they’d ask: how can you have that for a career? People know more now as there’s more awareness about science and health.”

Mallika organizes the Thai Science Camp every year which attracts around 150 high school students. They spend a few days learning what scientists do. “People may know how to become a medical doctor or to be a teacher but few know how to become a scientist. Not many people know how much joy it gives to immerse yourself in the subject you’re studying.”

Where Mallika sees herself in a decade from now? “Needless to say, I would like to leave a mark in research. Malaria kills 400,000 people per year, and I’m hoping that I can contribute to its elimination in any way possible, especially in Thailand as it’s my country.

Vilada Chansamouth is a Lao government doctor working in the Microbiology Laboratory, Mahosot Hospital, Vientiane and a researcher at the Lao-Oxford-Mahosot Hospital-Wellcome Trust Research Unit.

In 2019, Vilada received the prestigious Wellcome International Training Fellowship and started her DPhil in Clinical Medicine with the University of Oxford. Her research involves evaluating the impact of a Lao-language mobile phone application on adherence to antibiotic prescribing guidelines.

Vilada says that being a researcher is a tough job, especially in countries like Laos where women mostly are in charge of household work and taking care of children. However, this has improved a lot now, especially in the capital where some families share responsibilities. She says, “I think that to improve this, it is vital that the family knows the passion of the female researcher and how much she can do to help others. In some countries, female researchers just remain single and being incredibly happy and there’s nothing wrong about this.”

But according to Dr. Vilada, there are certain misconceptions about her profession. “Some people think this is not a real job, it’s something that anybody can do if they have time and this work is for people who are more available or for those who can speak English and good in mathematics. This is partly correct because everybody can do it but we need to put much more effort to produce quality of research.

Finally, when asked what advice can she give women thinking about a career in research, Vilada says, “Just go for it! If you have a current job now, you don’t have to quit your job to be a researcher, you can do research within your current job, starting from exploring around, talking to people and keeping an open eye on what people doing in the field you are interested in.”

Currently, Sanann is working as part of a malaria elimination project for the University Research Co. Llc. She was previously the head of Public Engagement at the Pailin site of the Mahidol Oxford Tropical Medicine Research Unit working on a malaria elimination study. Before joining MORU, she worked with FHI360.

“I have organized many community engagement events around malaria and other health issues in my career. At MORU from 2016 to 2019, I led a project called “Village Drama Against Malaria”  which won the 2019 University of Oxford Vice-Chancellor Choice Award for Public Engagement. What I loved most about the VDAM project how children conveyed the messages and educate their own parents, relatives, and neighbors about malaria treatment and prevention.”

When asked about what are the biggest difficulties in her field of work as a woman, she notably disregards the ‘woman’ aspect and highlights what’s generally difficult to basically anyone working in rural areas or neglected diseases. “As you know, malaria occurs in forests and remote villages. To conduct research, you must be on location. But it’s hard to reach these areas; the road conditions are extremely bad, there are dangerous river crossings and most places don’t have internet access.” 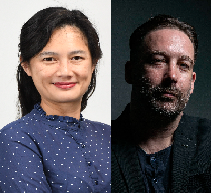 Phaik Yeong Cheah (https://www.ndm.ox.ac.uk/principal-investigators/researcher/phaik-yeong-cheah) is an Associate Professor at the University of Oxford, bioethicist and the head of Bioethics & Engagement at the Mahidol Oxford Tropical Medicine Research Unit based in Bangkok. She was born and bred in Penang, Malaysia.

Nicky Almasy (https://almasyphotography.smugmug.com/) is a Hungarian photojournalist living in Kuala Lumpur, Malaysia. He works for AirAsia’s inflight magazine, Travel360. Nicky has shot for international magazines and newspapers including Condé Nast, Wallpaper, Financial Times, The Daily Mail and Where, as well as corporate clients Sennheiser and K-Array.