David Gorelick: How did it all begin?

Raphael Mechoulam: It all started from a fateful bus ride in 1964, when I brought 5 kilo of Lebanese hashish I received from the Israeli Police to my laboratory at the Weitzman Institute in Rehovot. With that material we were able to isolate and identify the psychoactive component in Cannabis, Tetrahydrocannabinol (THC), that had eluded scientists for decades. The rest, shall we say, is history.

DG: What developments in cannabis research do you think are particularly exciting?

RM: I think there should be more focus on the acidic precursors of THC and CBD – THCa and CBDa. Those molecules have low stability, and as a result, very little research has been done on them. But I think that they have a big potential and should be studied more.

DG: What do you consider the major challenges for the future?

RM: There is a lack of clinical research. The regulations are still restricting research on cannabis. More and more evidence is accumulating, but certainly not enough yet. So many cancer patients around the world have used cannabis for years, but still there are almost no randomized-controlled clinical trial with cancer patients. Every medication goes through clinical trials. And clinical trials cost money, usually quite a lot. The funding is another big issue. Clinical trials are usually funded by pharmaceutical companies, but it seems that those companies are not interested in investing in cannabis. Since it cannot be patented, they would probably not get a return on their money. Hopefully, governments should be interested in this kind of data, but we know that governments, in general, don’t have the capacity needed to do such research.

DG: Where do think the field is going in the future?

In addition, these compounds may play a role in the body’s defense against disease. It is hard to believe that the human body does not possess some alternate mechanisms for dealing with diseases where the immune system’s antibody vs. antigen method is not relevant.  These endocannabinoid-like compounds may be part of a broader heretofore unknown aspect of the immune system, protecting against diseases in ways we may only uncover in the next 20 years.

DG: What are your feelings regarding a new journal in the field of Cannabis research?

RM: There is definitely room for another journal, especially one that is broadly multidisciplinary, covering all fields from agriculture and biology of the cannabis plant, to endocannabinoids, human pharmacology, medical cannabis, and the cannabis industry. 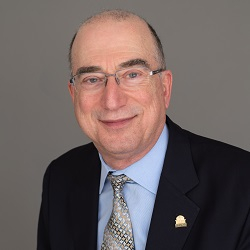 David A. Gorelick, MD, PhD, DLFAPA, is Professor of Psychiatry (part-time) at the University of Maryland School of Medicine, having retired in October 2013 from the Intramural Research Program of the National Institute on Drug Abuse (NIDA), US National Institutes of Health (NIH) in Baltimore, Maryland.

Dr Gorelick is the Editor-in-Chief of Journal of Cannabis Research.