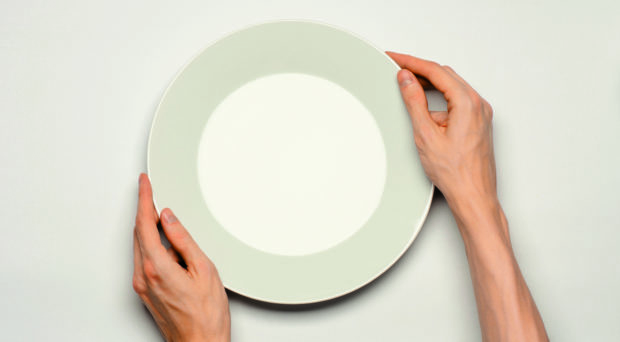 “Replace your large dinner plates with smaller ones, and you will eat less.” For everyone who has struggled to lose weight for a while, this claim must sound almost heavenly easy. So it is no surprise that when an effect of plate size on consumption was first identified in the late 1990s, it was quickly taken up by the media and desperate dieters.

In the following years, several teams of researchers have conducted studies on this effect. However, not every study supported the claim that smaller plates led to eating less: Some found that the amount of food consumed did not depend on the plate size, and others found that people would actually eat more from smaller plates. Muddying the picture further, many of the studies were conducted by Brian Wansink, a former researcher at Cornell University, whose research has since been subject to numerous allegations of scientific misconduct.

So, do smaller plates help us to eat less, or not?

To address this question, we conducted a new study. Similarly to previous studies, we used two plates that differed in size and treated our participants to lunch, where they were free to serve themselves and consume as much pasta they liked. Half of the participants ate from a 29cm diameter plate, while the other half ate from a 23 cm plate. Unlike previous studies on this topic, however, we followed current guidance concerned with rigorous research practices, including registering a detailed study protocol and the statistical analyses we planned to do before we started collecting our data. This increases the reliability of our findings relative to previous studies.

So, do smaller plates help us to eat less, or not?

The findings in previous studies on the impact of tableware size on food consumption often stemmed from small numbers of undergraduate students, who are young and well educated. This can make it difficult to generalize the findings. To improve this, we recruited 134 adults –  more than double the number of participants in most previous studies – and made sure that the sample was relatively diverse in terms of age and socio-economic position. Participants in our study were between 18 and 61 years old, and only half had university-level education (comparable to higher education participation rates in England of 50.2% for the 2017/2018 academic year).

When we compared the amount of pasta eaten we found that, on average, participants ate 19 calories less from the smaller plate; this difference is only around 1% of the recommended daily energy intake for the average adult and represents a very small difference in consumption. Therefore, our study does not provide any clear evidence that plate size affects how much is consumed. Smaller plates might not help us to eat any less, or at least not a meaningful reduction.

One important thing to keep in mind when interpreting this result is that we conducted our study in a laboratory setting, where people only ate one type of food and ate alone in front of a TV. While we tried to make this as natural as possible – the study was conducted in a purpose-built eating laboratory designed to mimic the real-world – it was still unavoidably an artificial setting. This means that we can’t rule out that plate size could have an effect in real-life eating situations.

Studying the effect of plate size on food consumption in real-life environments such as restaurants, cafeterias and homes is, therefore, an important next step that we aim to address in our research. Until then, if you’re looking to eat less or lose weight, you might not want to get rid of your smaller plates immediately – they may work for some people or in some situations, and we don’t have any clear evidence that they could unwittingly make people eat more. That said, it’s probably a good idea to consider looking for other strategies as well. 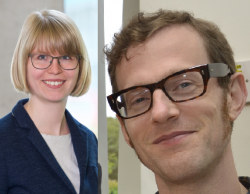 Dr Laura M. König is a postdoctoral researcher at the Department of Psychology, University of Konstanz. Her research focuses on eating behavior interventions targeting the individual and the physical environment. Twitter @LauraMKoenig.

Dr Gareth J. Hollands is a researcher at the University of Cambridge, and an Investigator on the Behaviour Change by Design program www.behaviourchangebydesign.iph.cam.ac.uk. His research focuses on developing and evaluating interventions that change aspects of physical environments to change health-related behaviors. Twitter @GJHollands.