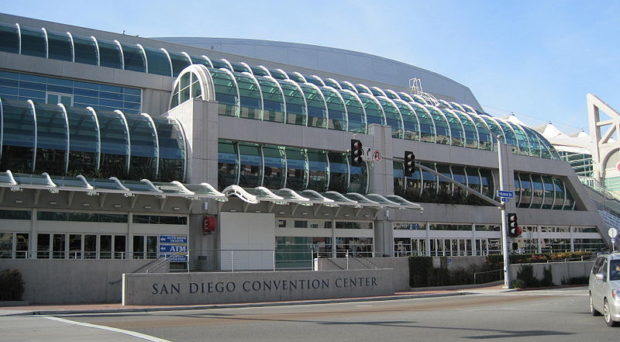 Could you tell us about APHA and the conference this year?

APHA is the oldest and largest organization of public health professionals in the world. With approximately 25,000 members, it is arguably the strongest and most trusted advocacy group for the nation’s health in the United States. APHA strives to improve population health and ensure health equity through evidence-based public policies and best practices.

This year’s conference is the organization’s 146th annual meeting. It was held in San Diego during November 10-14 and was attended by about 13,000 people. The theme of the 2018 conference was “Creating the Healthiest Nation: Health Equity Now.” To highlight health disparities in the United States, the APHA displayed several large banners in the convention center contrasting the life expectancies between different zip codes.

There has been a lot of media attention recently around gun violence and gun control. Was this topic discussed at APHA and if so what was the main feedback from these sessions?

Yes, there were several sessions on gun violence. Presentations included studies assessing the effectiveness of federal and state gun policies, addressing shared risk factors for dating violence and youth violence, examining the increasing trends of marijuana and opioid involvement in violent deaths, and applying satellite imaging data and machine learning techniques to understand tempo-spatial patterns in shooting incidents. These sessions were usually standing room only and followed by vigorous discussions.

Because of increases in drug overdose and suicide deaths, life expectancies in the United States have declined in recent years.

Despite the seemingly interminable headlines about mass shootings, there have been positive developments in recent years in violence prevention in the United States. State and local governments have become more proactive in legislating sensible gun policies. The notion that gun violence is preventable has been widely accepted by the general public. And the public health approach has been increasingly adopted to address the gun violence issue.

What were the key topics relevant to injury prevention and control?

The key topics pertaining to injury prevention and control are drug overdose, traffic injury, falls, sports-related injury, violence, suicide, and homicide. All these topics were covered in this year’s conference; injuries remain to be one of the most important public health challenges.

Each year in the United States, injuries claim more than 210,000 lives and are the number one cause of death for children, adolescents and adults under age 45. Because of increases in drug overdose and suicide deaths, life expectancies in the United States have declined in recent years.

What were your conference highlights?

My conference highlights are always the social functions, such as alumni receptions and dinners with friends. In this year’s conference, we held our second Editorial Board meeting for the journal Injury Epidemiology. It was hosted by Krista Jarrell, Journal Development Manager from Springer Nature, and was attended by about 20 board members. Krista presented the journal’s annual report and we discussed strategic developments for the coming year.

As the Editor, I am grateful to each of our board members. Thanks to their dedicated services, the journal has established itself within five years as a highly respected publishing outlet in the field of injury control research. I was pleased to see so many distinguished colleagues at the meeting, in particular Dr. Jess Kraus and Dr. Dennis Shanahan whom I had not seen for years.

What were your key take home messages from the conference?

For me, attending the APHA annual conference has become a professional pilgrimage. I attended the conference for the first time in 1989. In the past three decades, the annual gatherings have helped me to establish a professional network, foster academic development, and cultivate spiritual growth. The conference instills and reinforces the ideals and values of public health in me.

Coming back from the conference, I always feel inspired and rejuvenated by our colleagues and their work to improve population health and wellbeing, promote peace and social justice, and serve humanity.