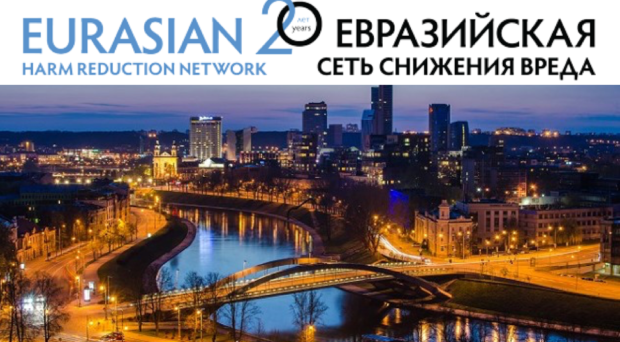 Harm reduction programs in central and eastern Europe and central Asia have been in a period of transition. On the one hand, support from the largest funder in the region – the Global Fund to Fight AIDS, Tuberculosis and Malaria – has dried up, forcing governments and NGOs to scramble for alternative funding and cut services when the need to scale up is as great as ever.

On the other hand, several countries have been shifting from repressive drug policies towards policies based on respect for human rights and freedoms – a welcome development that requires the cultivation of new partnerships between harm-reduction programs, health systems and law enforcement agencies to address the issue of drug dependence.

The entire first day of the conference in Vilnius was devoted to funding challenges and strategies. Despite the gradual growth of national economies after the financial crisis, most countries in the region are still not providing the necessary level of domestic funding for harm-reduction efforts, particularly those targeting key populations – and in some countries, public funding is even declining.

I found it especially inspiring to hear how some countries have succeeded in bucking the trend and making the transition to sustainable funding. Jindřich Vobořil, who has served as the Czech Republic’s national anti-drug coordinator under prime ministers from three different parties, characterized the core philosophy underlying his country’s drug policy as “Let’s minimize harms and risks.”

This commitment is reflected in the Czech drugs budget, 60% of which is devoted to harm reduction (€12 million). To insulate harm reduction from changes in government, he said it has been critical to enshrine the commitment to it in the law, and to place drug policy in the hands of professionals, rather than lay politicians.

Vobořil’s remarks were echoed by Michel Kazatchkine, the UN Secretary-General’s Special Envoy on HIV/AIDS in Eastern Europe and Central Asia. Kazatchkine said that once a government harm-reduction program has been established, it’s also essential to establish a mechanism for independent scientific review of the program to help it weather the winds of political change.

Over in Latvia (a HA-REACT focus country), DIA+LOGS, the first support center for people living with HIV and their families, has only seen a small budget increase in recent years, but a focus on efficiency has meant that the NGO has more than doubled the number of needles it distributes annually. Board chair Ruta Kaupe spoke to the importance of cultivating relationships with government officials, practicing good management and disseminating information on program activities and the reasons for them.

She also highlighted one noteworthy development in the relationship between DIA+LOGS and the City of Riga; in the beginning, the city provided project financing and grants for harm reduction, but now it purchases harm-reduction services from the NGO. This arrangement underscores the city’s responsibility for the health of its citizens while affirming the value of what DIA+LOGS provides.

HA-REACT is also featuring prominently on the conference program. Yesterday, HA-REACT held a full-day workshop on how to build a platform for integrated care, and today it is holding a meeting on financing harm reduction services. I will be reporting back on some of the key findings from today’s meeting, with a special focus on hepatitis – watch this space!

For more on the regional conference, visit harm-reduction.org, where the full presentations will be posted starting next week.