What a difference nine years makes 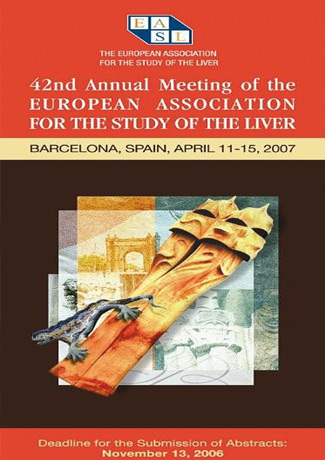 That’s what I kept thinking in the run-up to the fifty-first International Liver Congress (ILC), which drew 11,000 people to the massive Fira Barcelona convention centre for five days of scientific sessions and other activities beginning 13 April 2016.

The ILC, which is convened by the European Association for the Study of the Liver (EASL), also took place in Barcelona nine years ago. No disrespect to EASL, but the lizard on the cover of the 2007 ILC programme got more play at the event that year than patient associations did.

When Barcelona hosted the ILC in 2007, the World Health Organization (WHO) sent me here as a staff representative – but I was not dispatched to the scientific gathering. Instead, I attended a small meeting of hepatitis patient representatives at a nearby hotel.

WHO did not have a presence at the ILC in those days, nor did patient groups. This does not reflect on EASL, but rather on the state of viral hepatitis awareness in the larger world. It wasn’t just the general public that was in the dark – the global public health community was as well.

As World Hepatitis Alliance President Charles Gore likes to point out, the World Health Organization had some 8,000 people in its global workforce at that time but not a single person whose job title included the word ‘hepatitis’.

Charles was at the hotel meeting in 2007, but he wasn’t representing the Alliance – it didn’t exist yet. The patient group representatives who gathered had the ‘simple’ goal of raising awareness about hepatitis by establishing a World Hepatitis Day.

Advancing beyond the national level

Yesterday, at the 2016 ILC, at a meeting chaired by the European Liver Patients Association (EPLA), we were charged with sharing insights about how to advance the response to the hepatitis C virus at the national level and beyond.

With strong support from the World Health Organization, many governments have initiated planning processes and many have already introduced national plans.

Charles Gore set the stage for the rest of us with a whirlwind account of what has changed since that 2007 meeting. Among other things, the World Health Assembly passed its first viral hepatitis resolution in 2010, and its second in 2014, both after intensive lobbying by advocates.

The first resolution established World Hepatitis Day, signaling the importance of this event and this group of diseases to governments. The second resolution called on governments to develop national hepatitis plans.

The cascade of activity resulting from these efforts has been incredible. With strong support from the World Health Organization, many governments have initiated planning processes and many have already introduced national plans.

There is an increasing sense of momentum and optimism among those of us who study and engage in these policy processes – and many of us are here in Barcelona. And here at the ILC discussing policy and awareness issues – not in a hotel meeting room several kilometers away!