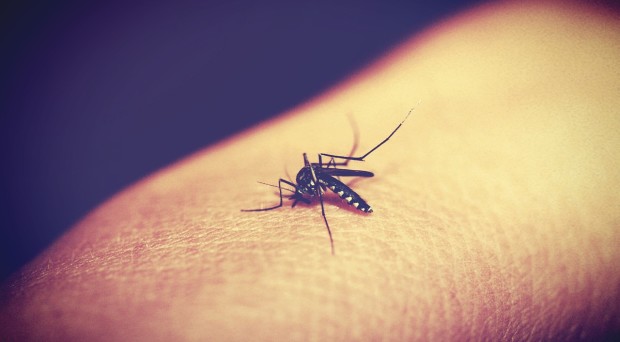 What can individuals do to prevent their risk of infection?
Pixabay

Could you briefly introduce what Zika virus is?

Richard Yanagihara [RY]: Zika virus (ZIKV) was originally isolated in 1947 from the blood of a sentinel rhesus macaque monkey in the Zika Forest near Entebbe in Uganda. ZIKV is an enveloped, icosahedral virus with a non-segmented, single-stranded, positive-sense RNA genome, belonging to the genus Flavivirus in the Flaviviridae family.

This family also includes other medically important viruses such as dengue, yellow fever, Japanese encephalitis and West Nile viruses. ZIKV is most closely related to Spondweni virus, a mosquito-borne flavivirus found in sub-Saharan Africa and Papua New Guinea, which causes a febrile illness characterized by chills, nausea, headaches, malaise and epistaxis. The re-emergence of ZIKV should place clinicians on high alert also for Spondweni fever.

Roger Hewson [RH]:  Soon after it was originally isolated, it was also recovered from Ades africanus mosquitoes in the same area, however it was not described as causing human disease until 1964.

Febrile patients experience headaches, myalgia (muscle pain) and arthralgia (joint pain), and in some cases a maculopapular rash. It is generally described as being a very mild disease and in approximately 80% of cases ZIKV infection is asymptomatic. Up until 2006, only sporadic cases of ZIKV human infections have been reported in the literature.

It is generally described as being a very mild disease and in approximately 80% of cases ZIKV infection is asymptomatic.

On 1 February 2016, the World Health Organization (WHO) declared that a recent cluster of microcephaly cases and other neurological disorders in new-borns reported in the Americas constitutes a public health emergency of international concern (PHEIC).

These cases coincide with a large ongoing outbreak of Zika virus (ZIKV), and although suggestive of a causal link there is as yet no hard scientific evidence. Interestingly during the early studies of ZIKV in Africa associated with the East Africa Virus Research Institute in Entebbe, issues such as microcepaly were very uncommon at the time.

Nevertheless, possible associations with Guillain-Barré syndrome (GBS), microcephaly and other neurological manifestations in new-borns make research into ZIKV an immediate and urgent priority.

Diagnostics are especially problematic in the current outbreak of ZIKV as the genome can only be detected in serum typically up to 3-5 days after clinical onset. Thus by the time patients present, especially pregnant mothers who may not have experienced symptoms, there is a reliance on serological techniques to detect antibodies to ZIKV infection.

While many serological test systems are currently under development on the most reliable is probably the neutralization test as these types of antibodies show more specificity for individual species.

How is the Zika virus spread?

Toshihiko Sunahara [TS]: ZIKA virus is known to be transmitted by mosquitoes. A mosquito can be infected after biting a person who has the virus in the blood. Once a few days pass, the mosquito becomes infectious and can inoculate virus-contaminated saliva into the blood of another person.

So far, several species of mosquitoes such as Aedes aegypti, Aedes albopictus, Aedes polynesiensis, and Aedes hennilli are confirmed or suspected as the vectors. These mosquito species are closely related and they belong to the subgenus Stegomyia, which is the Aedes genus. These are also known as important vectors of dengue virus.

Beside mosquito bites, perinatal transmission and transmissions by blood transfusion and sexual contact have been also reported, although these appear not to be the major routes of transmission. Transovarial transmission in mosquitoes (from the mother to it’s egg) is unknown.

Why is the present outbreak in South America so serious?

Masahiro Hashizume [MH]: The 2015 El Nino may be one of the contributing factors. It brought unusually warm conditions in South America, which may have enhanced the survival of Aedes mosquitoes and replication of the virus by shortening the extrinsic incubation period.

What can individuals do to prevent their risk of contracting the virus?

TS: As no vaccines are available for Zika virus, avoiding mosquito bites is the essential way of prevention. The vector mosquitoes are diurnal, meaning they bite during the day rather than night.

The mosquitoes usually stay near the place where they grew up and wait for humans or other animals to come to them.

The mosquitoes usually stay near the place where they grew up and wait for humans or other animals to come to them. In the case of Aedes albopictus, a bush shaded from sunlight with small water-filled containers nearby is the typical site with a high risk of mosquito bite. If you have to stay in such places, protect yourself with long-sleeved clothes and mosquito repellent.

To reduce mosquito population around your home and office, decreasing the amount of water bodies in the area and cutting down or removing bushes nearby would be effective.

If you are living in a tropical country, you may face the risk with another mosquito species, Aedes aegypti. As this species often occur inside the building, water bodies inside the house or office should also be taken care of. For the permanent bleeding sites that is hard to remove such as catch basins in the drainage system, appropriate use of insecticides or insect growth regulator might be necessary.

What do you think are the key questions that remain to be answered?

RY: The U.S. National Institutes of Health has framed the most urgent scientific issues surrounding ZIKV. A comprehensive list of high-priority research topics to better understand the virus and its transmission dynamics, as well as associated neurodevelopmental sequelae, can be found at their website.

Some of the high-priority areas include: basic research to understand ZIKV pathogenesis and transmission to the fetus, whether in-utero, postpartum, or breastfeeding; strategies to prevent transmission of ZIKV to the fetus after infection of the mother; strategies to identify effective treatments for exposed infants with and without microcephaly during childhood development; strategies to integrate the discussion of risk of ZIKV infection into contraceptive counseling and pre-pregnancy and prenatal care at medical facilities in ZIKV-endemic areas; and finally once causality is demonstrated, studies on vaccine development in pregnant women and children.

How do you think any of the above aims will be achieved?

Koya Ariyoshi [KA]: I have just made a visit to Nagasaki University Kenya Station.

Since Nagasaki University has been working in the area, which is very close to Zika Forest, for a substantial length of time, we should have a great opportunity to contribute increasing knowledge about Zika virus and its impact on health significantly.

I would propose two things:

More about the Editors