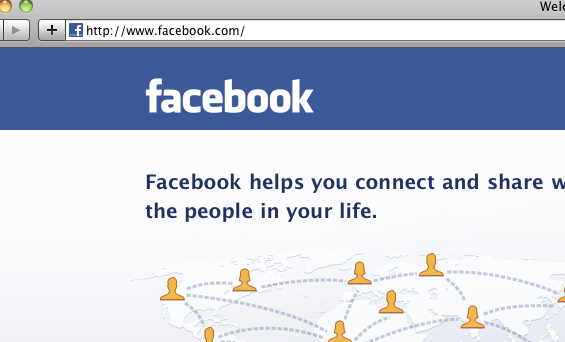 The social network itself - how can this influence our perceptions?
Flickr/Neeraj Kumar

For a long time, magazines and television have been attacked for the devastating effects that they are thought to have on an individual’s body image. Seeing a slim, sultry supermodel gliding around or a bronzed, Herculean male in a tight fitting t-shirt can cause us to take a poor view of our own looks.

In fact, it has been shown that these images of what is known as the ‘thin ideal’ can lead to comparing our own appearances to them and subsequent body image dissatisfaction. This perceived difference between your appearance and society’s expectation of what you should look like is strongly implicated as a cause of eating disorders.

However TV and magazines aren’t the only source of ‘thin ideal’ images nowadays. Social media has risen to dominance, and with it a host of new ways to present what is deemed the ideal body shape.

Unlike conventional media, networks like Facebook are interactive. You can take a selfie, upload it and anyone can see it. But so can everyone else; including those with a ‘thin ideal’ body shape. And what’s more, others can ‘like’ your photo or even ‘comment’ with their thoughts.

It is hardly a select few who use social media. Facebook alone has an average of 936 million people scrolling through their news feeds on any given day, and further millions of hours are spent on other image-friendly social networks like Instagram or Tumblr. Given this, it seems likely that the effect of social media on body image could be a significant one.

Until recently, very little research had been performed to evaluate how this sort of activity can influence appearance comparisons and body image dissatisfaction.

So is there a link between ‘thin ideal’ images that these huge audiences see on social media and an individual’s body image dissatisfaction?

Research, published this month in Journal of Eating Disorders, investigated how a group of first year university students reacted to ‘thin ideal’ images from conventional media and from social media.

One hundred and ninety three first year students were recruited by the researchers in Australia and randomly assigned to look at ‘thin ideal’ images on Facebook or conventional media. They were then asked to complete questionnaires before and after exposure these images assessing things like self-esteem, appearance comparison and eating disorder risk.

Body image dissatisfaction caused by Facebook was comparable with that caused by conventional media.

The study found that the body image dissatisfaction caused by Facebook was comparable with that caused by conventional media. The resulting suggestion is that Facebook, and the other social networks, should be considered more when talking to individuals about their dissatisfaction with their body image. Not to mention in the broader context of the causes of eating disorders and other damaging behavior caused by poor body image.

So are Facebook’s many users who are exposed to ‘thin ideal’ images at increased risk of eating disorders? Clearly more work needs to be done to answer this, but this research certainly adds weight to the argument.

Social Media Officer at BioMed Central
Daniel studied at the University of Sheffield, graduating in 2015 with an MSc in Science Communication. He has looked after BioMed Central's social media presence since November 2014.