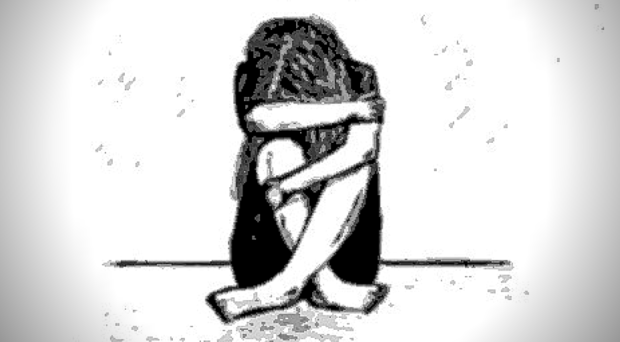 Back during my student years at university, I watched my friend deteriorate. My flat mates and I worried as it consumed her. Years later, we can share her ordeal with anorexia, and she has spoken to me here. (The name used is fictitious.)

“University was the beginning of my relentless battle with the ‘anorexic voice’. My illness stopped me enjoying myself and I now regret the number of social events I missed out on.” (Ofelia, 25)

The art of the masquerade

My friend was a fine actress. At the parties she did attend, I was delighted to see her heartily eat and drink. It was a convincing act. But her confident and bubbly manner masked the troubles she was facing. What the guests didn’t see was the strict punishing routine she inflicted on a daily basis.

Each morning she grabbed a handful of bran-flakes. She would use her hand as a measure, but then removed the flakes until maybe 10 or fewer remained. For lunch she ate some lettuce sandwiched between two small pieces of bread and there was some cheese in it somewhere. Dinner would be a salad of some sort, but you could be sure of one thing, it wasn’t substantial.

Everyday the same routine. On top of this she exercised a lot and walked everywhere. No matter how tired she was, the bus was not an option. To travel by bus was a sign of weakness and she would force herself to climb the hills in town.

Most eating disorders encountered in the community are atypical. Therefore, they might not be so obvious to spot as the more extreme anorexia nervosa. The whole size zero malarkey and Western society’s obsession with weight seems to have fooled some people that an eating disorder is a lifestyle choice.

However, this belief that it is a vanity issue couldn’t be further from the truth and I am fed up with people saying “Oh, she’s anorexic because she wants to fit into a pair of skinny jeans!” No, no, no. People don’t choose to have an eating disorder. They don’t choose to live with depression, anxiety and low self-esteem.

“It was a burden, one that drained me both mentally and physically. I longed to be free of it, but at the same time, was desperate to cling onto it.”

Who do you think you are?

“I was struggling to stay true to who I am.”

Personality can play a major role as a risk factor for eating disorders. Sufferers have distinct patterns of personality, which differ from those who have never had such disorders.

“I suffer from the common personality traits associated with eating disorders; high perfectionism, obsessive-compulsiveness and neuroticism. Instead of these just being part of my character, I let them rule over me, so my life was all about restriction and punishment.”

Perfectionism is often the main culprit. People with eating disorders and those recovering from one tend to have elevated levels of perfectionism, worry about making mistakes and doubt about one’s actions and organization.

“For me, perfectionism is both a blessing and a curse. To succeed in all the challenges my degree threw at me, constant assignments, tests, and sport commitments, the only way to gain control of my life was through my diet, specifically by restricting it. I channelled my perfectionism through extreme efforts to control my body’s appearance. Failure to meet my desired standards resulted in hours or sometimes days of self-criticism and loathing.”

“I feel ashamed that I lied to my GP and wasted the dietitian’s time. I wanted to open up but was terrified to admit it. They wanted me to be healthy, but I had no intention of listening. The idea of putting on weight filled me with fear and dread.”

There is still stigma about eating disorders and this can act as a barrier, preventing sufferers from accessing treatment. Psychological disorders do not elicit the same sympathy as medical conditions. Instead, they are commonly perceived as the fault of the individual, for it is assumed that everyone is in control of their mental health and are considered to be responsible for their own illness. This is particularly true for those suffering with eating disorders.

“At first I was reluctant to seek counselling. I was ashamed to admit that anything was wrong. My own pride could have been my undoing, but I worried how people would react. I had a hard enough time understanding why I was doing it. How could an outsider understand? Surely, they would think I was silly and that I only have myself to blame.”

It can be both difficult and daunting to accept that one needs professional advice and treatment. However, the sooner you seek help the better, as you are more likely to regain a healthy attitude towards eating.

“When I was finally ready to seek help, it was such a relief to open up and unload my troubles. It is such a cliché, but it really did feel like a weight had been lifted. No-one judged me, they understood and were sensitive about it.

“I saw a councillor and a therapist. Both were important supports. I could talk to them freely and together we got to the underlying causes of my illness.”

Going through treatment often means that for a certain period one has to let someone else take over the reins and entrust them to make important decisions.

“When I was at my worst, I couldn’t actually decide for myself.  If I made a decision, there was the ‘anorexic voice’ punishing me. I was exhausted and it was nice to hand over to my therapist.”

“I’ve definitely improved. I wish I could say I was free, but the ‘anorexic voice’ is always there lurking in the darkness. Thankfully, I now recognize when I’m on the verge of a relapse. I still have the occasional break down but I can stop it taking over my mind like before.”

“I’ve realized that forever punishing and denying myself was/is no way to live life. I might still shy away from some socials, but for the most part I can go out for a spontaneous meal or coffee outing. It might not be perfect, but I am winning and one day will hopefully defeat it.”