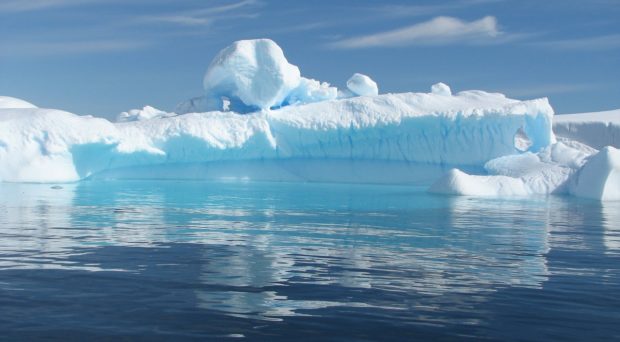 (Picture by robynm via Pixabay)

We are interested in understanding the relevance of microbes, in particular in the Arctic Ocean. We know that microbes are the base of all marine food webs and make up more than 90% of all biomass in the ocean.

We recently turned our attention to exploring the relevance of a diverse and impactful group of microbes, the Oomycota – commonly referred to as water molds.

This group is notorious for causing extensive agricultural losses globally and for parasitizing fish and algae in freshwater environments. The Oomycota are responsible for the current destruction of oak trees in California and historically for the Irish Potato Famine.

Do Oomycota exist in the Arctic Ocean?

Despite this global relevance, almost nothing is known about the Oomycota from the Arctic Ocean. At the onset of this work, we asked very basic questions: do Oomycota even exist in the Arctic Ocean? If so, do they interact with other organisms and help shape the environment? What types of genes do they encode for this? The questions we were asking were very fundamental.

As Arctic ecologists, we are faced with the additional challenge of establishing robust biological estimates during a time when rapid Arctic warming is shifting the baseline. As we framed our fundamental Oomycota questions, we also had to consider the effects of a warming Arctic on marine Oomycota.

Through our analysis, we found thousands of DNA sequences in our dataset that belonged to the Oomycota – almost a quarter of all sequences from a single sample.

Many of these Oomycota sequences comprised completely unknown branches of life, underscoring that Arctic marine Oomycota are a reservoir of undocumented biodiversity. When we looked at the genes encoded by these Oomycota, we found that many of the detected genes are reflecting a parasitic life style. These DNA observations matched our microscopic observations of Oomycota parasitizing phytoplankton.

With the conclusion of this study, there is now a baseline and context in which to study these organisms in the future. The next step is integrating observations into a larger process-based ecosystem understanding.

Most immediately, we considered the possible effects of a warming Arctic providing a new home for more temperate Oomycota species. Specifically, as southerly species of Oomycota travel north, it is possible that they find new hosts in Arctic species.

If these Oomycota are overly successful at infecting Arctic marine organisms, they could disrupt and rewire Arctic marine food webs. If the base of food webs is disrupted, there could be cascading effects on zooplankton, fish, and whales.

Brandon Hassett is a postdoctoral research fellow at UiT – The Arctic University of Norway, where he explores the relevance of fungi and similar microbes in polar marine environments.