“One Health is the collaborative effort of multiple health science professions, together with their related disciplines and institutions – working locally, nationally, and globally – to attain optimal health for people, domestic animals, wildlife, plants, and our environment.”  – One Health Commission

In a world where there is a growing trend to deconstruct everything, or look inwards, it can be a challenge to persuade people to do the opposite and look at the bigger picture. One Health is a concept that asks individuals who would normally work within distinct fields or arenas (such as human medicine, veterinary medicine, environmental health, ecology, public health and health economics) to collaborate, because when it comes to planetary or global health – everything is interconnected. Therefore, many factors need to be addressed together in order to overcome health challenges.

Human-environment-veterinary health are intrinsically connected. Environmental health affects human and animal health through contamination, pollution and changes in climate (ironically, these are often brought about as a consequence of human activities). We have already seen the migration of ‘tropical’ diseases (e.g. West Nile Fever) into temperate regions, and changing climate conditions that lead to the emergence of new infectious agents.

Animal health is affected by human activity e.g. the removal of native habitats and food sources to make way for buildings and roads. Conversely, animals affect human health – many emerging human diseases have originated from animals. HIV, the virus that causes AIDS in humans, is believed to have originated from non-human primates in Africa in the early part of the 20th century. 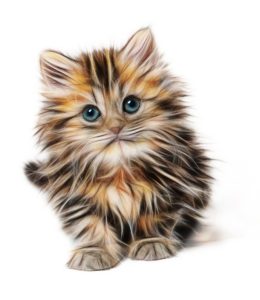 It is not all bad news though: animal-human-environment interactions can also be beneficial, such as exposure to furry pets correlating with lower rates of childhood obesity. Humans also benefit from good environmental health and vice versa. Therefore, One Health doesn’t just deal with problems but encompasses ways that we can promote the benefits of human-animal-environment interactions.

We all need to get involved. It is easy to think that One Health is a problem for scientists only, but health professionals, the media, educators, governmental and non-governmental organization and even the general public need to be involved in finding solutions.