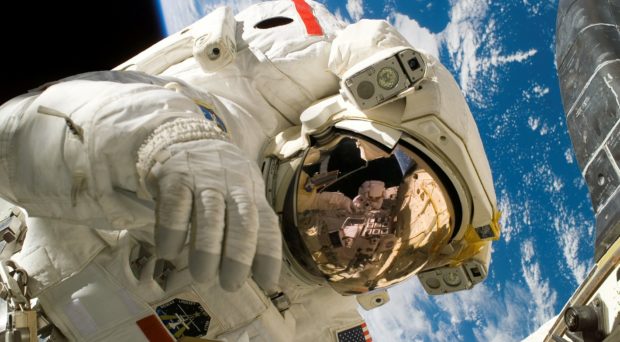 Could you briefly explain what your results show?

Examining the whole metagenome allowed us to study the microbial profile of the ISS at a higher resolution than in previous studies. We could look at species-specific conclusions and make observations about the gene content of those species.

We found that a number of species were differentially observed between the ISS and the cleanroom on earth where materials within the ISS were manufactured. This is likely due to a number of factors, including the unique characteristics of space travel and continuous human habitation by astronauts.The whole metagenome approach also facilitated diving deeper into the genomes of specific species to determine whether SNP-level differences existed between ISS and terrestrial environments.

We further looked at genetic content associated with antimicrobial resistance and virulence, and found an increased quantity of sequence associated with these categories in the ISS relative to the cleanroom. This is again likely due to continuous occupation by astronauts carrying microbes adapted to humans.

Why did you look at the microbiome of particulates on the ISS?

During a long-term space mission, health of the crew is critical.

During a long-term space mission, health of the crew is critical. Complex tasks need to be carried out on a daily basis, and access to comprehensive medical care will be limited. The environmental microbiome that surrounds any individual will impact her or his health substantially. It is therefore tremendously important to understand the composition of microbial communities that surround astronauts. This is particularly true in context of the unique physical characteristics of the ISS, including microgravity, radiation, and limited access to conventional hygiene practices.

How were the samples collected?

Dust samples were collected by vacuum, and DNA was extracted back on earth. Particulates were also isolated from HEPA filters by scraping material from the filter and depositing in solution for further processing.

What are the challenges of investigating microbiomes in space?

At present, space station does not have capabilities to characterize microorganisms from any samples. The ISS does have MinION DNA sequencer but does not possess capabilities to process or extract DNA from samples as well as library preparations. In the near future NASA will equip with these capabilities and hence samples collected from ISS can be processed then and there and also when needed without sending samples to earth for analyses.

Until then samples need to be returned to earth for analyses. During the transit, the viability of the microbial population might be changed and also functional characteristics of the microbes would also change. These are some of the challenges.

What are the implications of your findings for space travel and extra-terrestrial settlements?

Extended space travel and habitation will present a new world of challenges, many of which we likely have yet to identify.

Extended space travel and habitation will present a new world of challenges, many of which we likely have yet to identify. It is important that we learn as much as possible about factors that will affect the health of the crew so that they are well prepared for all contingencies. The human body responds differently to stimuli in space, and this includes the immune system.

The microorganisms that surround and live within us may interact and feedback on the human body differently in space. The first step to understanding these interactions is to thoroughly explore the ecology of microbial communities. So, in addition to tracking status of the humans on board, we also need to be acutely aware of the microbes that come along for the ride.

Again, the baseline study conducted and reported here is about microbial surveillance but their implications on crew health is assumed but need future studies to confirm these gene based predictions with some animal models. Until then NASA is committed to continuously catalogue microbes.

The next step would be quantitative “microbial risk” assessment (QMRA) of these problematic “pathogenic” microbes that are “viable” by targeting gene markers. The QMRA approach will reveal the “dose level” of the pathogen which will pose threat to crew. Once we found abundance of TBD problematic microorganisms, countermeasure technologies will be developed targeting to eradicate them. Eradication of biotechnologically active and “friendly” microbes that are required for the wellbeing of crew is another aspect that needs further in-depth study when countermeasure technologies developed and implemented.