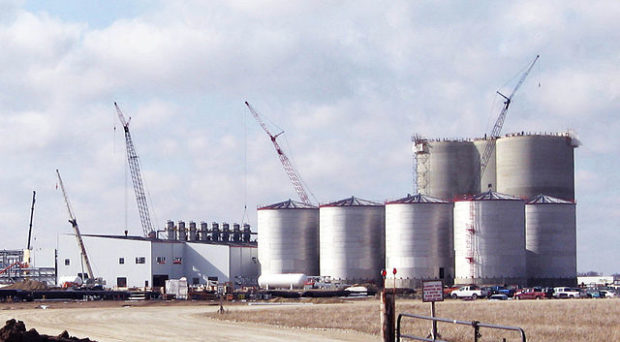 As the human population grows, we are depleting our natural resources such as oil reserves and land that is suitable for agriculture. In response to declining fossil fuel reserves, biofuels are increasingly being explored as a renewable alternative. Most of the world’s biofuel is produced in the form of ethanol by fermentation of sugar cane and maize. However, use of these crops for biofuel production rather than food has attracted some criticism. Lee Rybeck Lynd from the Thayer School of Engineering at Dartmouth explains more about the food vs fuel debate. 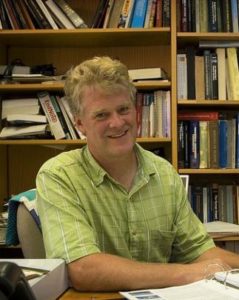 Could you explain a little bit about your background and areas of research?

I have a bachelors degree in biology, masters in both bacteriology and engineering, and a doctoral degree in engineering – all a long time ago.  The focus of my research career has been fundamentals of microbial cellulose utilization, biotechnology related to one-step conversion of lignocellulosic feedstocks to fuels, innovative biomass processing technologies, and sustainable energy futures.

How sustainable is biofuel production?

The answer depends on how biofuels are produced, including what they are produced from.  Biofuel production has strong interactions with food production and security, environmental quality, and social development.  If these interactions are managed well, biofuel production can offer benefits in all dimensions of sustainability far exceeding those stemming from energy supply per se.  It is also possible to manage them poorly resulting in unsustainable biofuel supply chains.

There is considerable evidence that a sustainable future is more likely to be achieved with biofuels than without them.

There is considerable evidence that a sustainable future is more likely to be achieved with biofuels than without them.  In particular, many analysts think it is likely that liquid hydrocarbons will be used for the indefinite future for planes, ocean shipping, and a substantial fraction of long-haul trucking – together representing about half of anticipated transport energy use.

If the rest of the global economy were completely decarbonized but this fraction of the transport sector continued to be powered by fossil fuels, the resulting emissions would be twice those compatible with the two degree temperature increase recently targeted by the world’s governments at the COP21 meeting.

Why is there a debate about food versus fuels?

There are folks who point to the limitations of current technologies, are skeptical that the interactions mentioned above can or will be managed without sacrificing food security and livelihoods of the rural poor or the environment, and thus conclude that it’s risky to move forward with biofuels.  There are also folks who point to the potential for improved future technologies, argue that biofuels have great potential to foster sustainability outcomes and may indeed prove necessary to achieve a sustainable world, and thus conclude that it is risky not to move forward with biofuels. Each side shows no sign of running out of ammunition or conviction, so the debate continues.

What are the potential solutions to the debate?

What is the US Government policy on biofuels with regard to the food versus fuel debate?

There is no one policy but rather a diversity of policies, some of which are not as well aligned as they could be with either reality or each other.

What are the responses from scientists, industry and agriculture on food versus fuel?

Many, diverse, and often conflicting.

How should land use change in the next 20 years to ensure future sustainability?

Although many think of climate in relation to energy, choices related to land use have climate impacts comparable to choices related to deployment of all renewable energy technologies combined (see Global Calculator).   We thus have a critical need to get land use right that is independent of biofuels.

This means taking measures to prevent destruction of ecosystems that are rich in carbon or biodiversity.  Very large scale biofuel production, as well as food production, can function quite well within the land excluded by such measures.

Journal Development Manager at BioMed Central
Helen is part of the Biological Sciences publishing team at BioMed Central. She obtained her PhD in molecular ecology from the University of Glasgow, UK. Her post-doctoral studies in aquaculture genetics took her from Scotland to South Africa, before joining BMC in 2008.