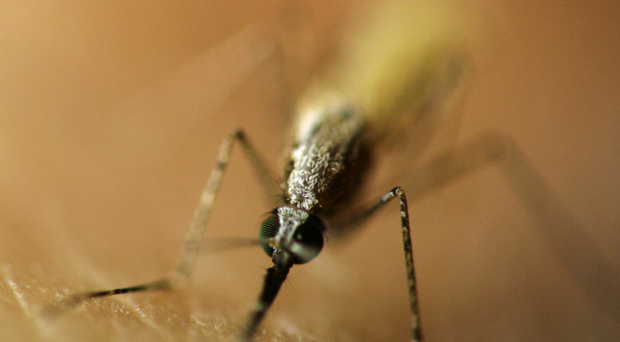 Freddy Frischknecht is a professor at the center for infectious diseases at Heidelberg University. He obtained his PhD for work on how poxviruses move and has been studying the malaria parasite for 15 years, mostly focusing on using advanced imaging technology to find out how they move.

Mirko Singer is a PhD student in the lab of Freddy Frischknecht. His work is focused on sporozoite surface molecules involved in motility and new ways to manipulate the parasite genome.

Can you explain how malaria vaccines work in general?

This year the first malaria vaccine was officially approved for use. However, it’s efficiency (in preventing severe disease) is not very high and hence it’s large scale use is not yet recommended by the WHO. This vaccine is based on a single protein and blocks the parasite before it enters the liver.

A single escaping parasite however will lead to a full infection. Other protein-based vaccines targeting blood stage antigens are awaiting or undergoing clinical trials. Considering the practically unlimited divergence of the parasites in the field it is thus not surprising that a single protein vaccine does not provide complete protection.

Alternatives to protein-based vaccines are the use of live attenuated parasites as vaccines. These are of course more complex to generate and deliver but can offer full sterile protection, albeit usually only against the very same strain of parasite.

Originally whole mosquitoes with the parasites have been treated with γ-radiation. After this treatment the parasite can still invade the liver, but fails to grow inside. This leads to cellular immune responses and antibodies being produced, which can completely protect from a following infection.

Similar effects can be achieved with the deletion of genes required for liver stage development, but so far, identification of targets that lead to a late arrest (resulting in increased immune responses) and arrest safely has been difficult. Another solution is the administration of untreated parasites and subsequent drug treatment.

What is the Plasmodium life cycle, and where do different vaccines fit into it?

Plasmodium is transmitted by mosquitoes. The parasites are injected into the skin of the host, where they migrate to find and enter into blood vessels.

The parasite then infects the liver, where it multiplies for the first time. This stage can last over one week and there are no symptoms.

The parasites then escape again into the blood where they cause malaria by repeatedly multiplying in red blood cells.

While only one parasite is enough to infect a human (or animal) there can be up to half a kilogram of parasites in the blood of an infected person.

Ultimately the parasites can be taken up by another feeding mosquito to further develop into new infective forms again.

Most drugs, including the Nobel prize winning artemisinin, target the parasite where it causes the disease, in the blood. Similarly, many vaccines are also aimed at preventing the infection in the blood. Yet, the first approved malaria vaccine is based on a protein that is found in the parasites that are transmitted by the mosquito. Antibodies against this protein can stop the parasite migration in the skin.

Current experimental vaccines are targeting three different stages: (i) before parasites enter the liver by blocking motility in the skin and hepatocyte invasion, (ii) parasite growth in the liver by a T-cell based response and (iii) the block of parasite invasion of the red blood cells.

The parasite provides a target for several minutes in the skin, more than a week in the liver but only seconds during red blood cell invasion. This, and the parasite numbers (around 5 – 100) for the first two and up to 1010 for the parasites in the blood let many scientists favor those first two stages.

Another, so far underrepresented, approach is to also stop the parasite after the blood meal in the mosquito. This will be hard to apply though as it does not provide benefit to the immunized individual, but it could severely reduce global transmission.

What is the advantage of using genome editing-based techniques to fight Plasmodium?

Currently, the main use of genome-editing techniques in malaria parasites is still basic research. Just like in other organisms, zinc finger nucleases (ZFNs) or CRISPR/Cas9 can be used to subtly change a gene of interest.

For example ZFNs have been exploited to investigate resistance mechanisms against drugs that are currently used to kill the parasite. This is extremely important to be able to follow the emergence and spread of drug resistance, e.g. against artemisinin.

We barely scratched the potential for attenuated parasites so far.

And like in any other organism where these genome-editing tools are used, they can help to understand basic biological mechanisms of these parasites. While this weird biology is often fascinating in its own right, the differences can be used to find new ways of targeting the parasite. It is thus expected that especially the use of CRISPR/Cas9 will help the field to move in larger leaps forward as it speeds up the generation of genetically altered parasites.

We barely scratched the potential for attenuated parasites so far. However, the use of genome editing to generate gain of function modifications is endless and offers many options for the generation of attenuated vaccines.

If an attenuated parasite will be used as a vaccine, it needs to be fully attenuated and completely safe. This is where we think our parasites have the potential to complement gene deletion based approaches to reach full attenuation without compromising immunogenicity.

How do ZFNs work and why have you chosen to use these tools?

ZFNs are specifically designed DNA cutting enzymes that work in pairs. When each partner binds its target DNA sequence in the right distance and orientation to each other they come together and generated a double strand break between the two binding sites.

We designed our approach so that we could make use of a previously established ZFN pair. We postulated that a single induced break in the genome would lead to the loss of the part of the chromosome that is not anymore connected to the centrosome.

We integrated both ZFNs together with their target, a green fluorescent protein (GFP) reporter, into the middle of a parasite chromosome. We used promoters that are only active in the mosquito or liver stage part of the live cycle to drive ZFN expression, which allowed us to study the effect of the DNA double strand break on parasite viability.

In our experimental model we are lucky to have efficient homologous recombination without non-homologous end joining (NHEJ). This basically eliminates the need of nucleases to integrate DNA into a specific site (as long as it does not have to be marker free). This is exactly why we thought of other uses for ZFNs, and there the lack of NHEJ came in very handy.

To be able to efficiently use these tools to fight malaria, what do we have to do?

There will be at least two important aspects. One is the societal acceptance of genetically altered organisms, the other aspect are technological obstacles. Both are clearly formidable multi-step challenges.

Technologically, we need to be able to generate parasites that arrest to 100% at the desired point in their life cycle. For our approach this would be at the liver stage. At this stage most research is done in rodent model systems, so we would first have to translate these findings to human malaria parasites.

There are five species of malaria parasites infecting humans of which two are a major public health threat but only one parasite species (P. falciparum) can be cultured.

Currently scientists use frozen parasites from irradiated mosquitoes that need to be injected intravenously at least five times before protection works. And this protection is likely specific only to the very same strain, while there are potentially unlimited numbers of different strains infecting people.

In your study you found that ZFNs are not 100% efficient. Can you explain how the parasites managed to escape the ZFN-based attack?

After optimization, ZFNs were 100% effective in cutting the Plasmodium genome. However we found that timing of their expression was extremely important to get a developmental arrest of the parasites. If we expressed the ZFNs too late, some parasites could escape the liver without any genetic modification and initiate a blood stage infection.

If we expressed the ZFNs too early, the parasites were too sick to efficiently infect the liver. This is in a sense the equivalent of irradiating parasites too much or too little. We finally managed to express the ZFNs ‘just right’ but this indeed led in rare cases to an unexpected repair of the DNA break.

The parasites, to our surprise, could use micro-homologies in the DNA on both sides of the break to repair their chromosome and to survive, which led to full development and disease. Even though this occurred only rarely, the large numbers of parasites required for immunization would often lead to an infection.

We thus have to combine our strategy of generating ZFN-based deletions with other gene deletion strategies to improve safety. We explain how this could be done in the discussion of the paper. We also highlight that it will be important to look not only at vaccine safety but also at efficacy. Despite much hype and hope we believe it is still rather early days for attenuate malaria vaccines.