The 8th National Conference of AIDS Society of India (ASICON) has been held from October  30th through Nov 1st  at the JWMarriott Hotel (Sahar, Mumbai), just a four month-old structure 5 min away from Mumbai Airport

ASICON 2015 has represented also the occasion to commemorate the pr emature death of Suniti Solomon and the celebration of 30 years fight against HIV infection/AIDS in India, starting from a handful of heroes who in 1985 started to take care of AIDS patients.

Along with them several other people have contributed to increase the awareness of HIV in India and to prevent HIV spreading by open discussion about HIV transmission in sexually active people, without any discrimination between homosexuals, bisexuals highly promiscuous heterosexual people, sexual workers as well as intra-venous drug users.

Besides physicians and health workers, other component of the laic society have contributed to the fight including photographers and journalists [see below] as well as actresses. The latter have been represented by Kunickaa Sadanand Lall, who described her first meeting with Dr Gilada, a decent man directly addressing a 20-year very attractive actress with  a very “indecent” proposal focused on saving street sexual workers. Following this first embarrassing conversation Ishwar introduced her his wife and his two girls, and since then they have been all motivated in fighting against HIV transmission.

A further very emotional story, was the commemoration of Dominic 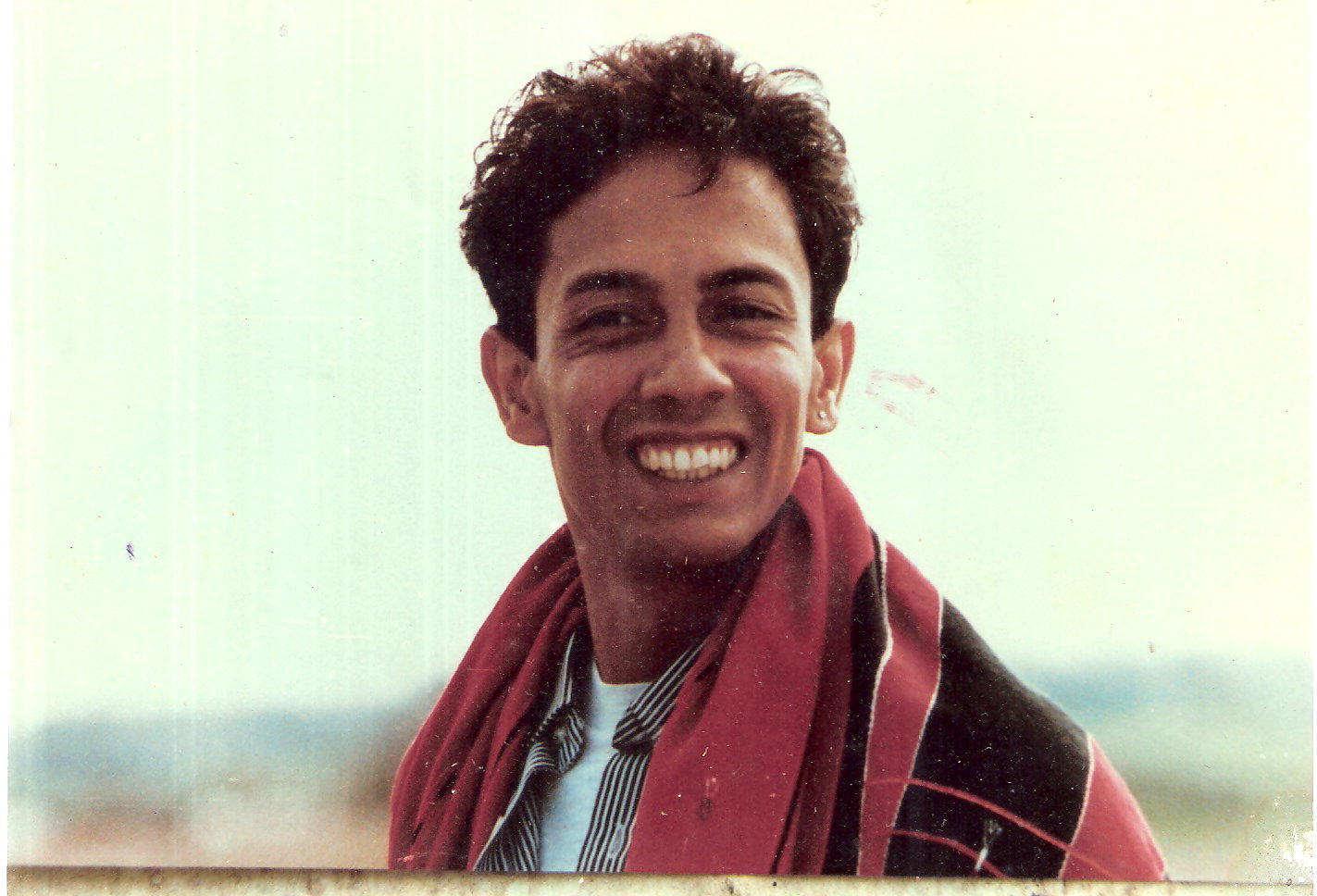 D’Souza fight against the virus and the social attitude of the late ‘80s. The young artist , discovered to be infected, was kept away in the unused sanatorium, which was a very filthy place and guarded by police so that he could not run away. Later, he was transferred to Bombay and taken into care by a group of four people Dr. Ishwar Gilada, Dr. Raman Gangakhedkar and Dr. Ghanshyam Bhimani, along with Mr Ram Asher (People’s Health Organisation or PHO member and actively involved in the group’s activities in HIV/AIDS prevention work). The four were also the only one to be at the funeral in May 1992. He was cremated as per last rites of Hindus. At that point the four people decided that when anyone one among them dies then others of the group would definitely attend the funeral. So the promise to help each other was about being there for each other. [Below the full story by Jayashree Lengade]

Finally, it is noteworthy the activity of Dr Lala M. Mamatha, a Pediatrician & a Pediatric HIV Specialist, focused into the care & treatment of HIV infected children & prevention of parent to child transmission of HIV for the last 15 years. Besides a well written manual on “Principles of perinatal and pediatric HIV/AIDS”  she edited and published in 2012 with Dr. Rashid Merchant, she has just published the book “The positive child has a right to a positive life” where she elaborates the need for letting the HIV-seropositive child to be supported to live a normal developmental and social life. Various care providers & stakeholders from across the country have contributed articles on various issues related to pediatric HIV and PMTCT. “This book is a sincere effort with no financial or commercial gains intended, towards making better care & treatment available to these unfortunate children”, states Dr Mamatha, “and it is the first of it’s kind from the Indian subcontinent, solely with a hope to bring about changes to enhance the quality of care these children receive, thereby giving them a better chance in life”. It could be of particular interest to HIV Physicians, care providers, public health officials, policy makers and social science researchers.

In the late eighties, Dominic, a young stage artiste, from India’s coastal city Goa, was isolated in a TB sanatorium by authorities after he was found to be HIV positive when he went to donate blood. Since he was the first person in Goa state found with the virus officials out of fear kept him away in the unused sanatorium, which was a very filthy place and guarded by police so that he does not run away.

He was booked under an old health law that was followed during the Portuguese occupation in Goa. Under the law – applied for VD and STD and HIV was included into it in 1989 – anyone suspected of a penal disease and turned positive after medical tests could be booked by the police .

Dr. Gilada took up his case, medically checked him in the sanatorium, treated him, stayed with Dominic at his house with Ram Asher to dispel all disbeliefs about HIV, drummed up public support under the PHO aegis, fought a legal case to free Dominic and addressed lawmakers in the State’s assembly to amend the old law.

Dr. Gilada helped Dominic to set up Positive People to reach out to HIV positive people across the country at a time when there was a huge stigma attached, fear psychosis was tremendous and very little information available about the ailment. Dominic slowly became a symbol of hope and strength to HIV people in India.

By writing letters to HIV infected people across the country Dominic guided them about how and where to get medical and counseling help.  It was the time when internet accessibility had not yet come into India; the postal system was the only means communication and making telephone calls was an expensive option.

But when Dominic’s health began to get worse all PHO doctors decided to bring him to Mumbai (that time called Bombay) to treat him and admitted him in one of the best hospital in the city. All the PHO members mentioned above provided all help nursing Dominic so that he could get better. He was treated for PCP pneumonia for which PHO got Pentamidine injections from Germany with help from the Max Muellar Bhawan (as Goethe Institute is known in India) Mumbai. They donated their blood, brought food cooked in their homes and stayed with him day and a night nursing him to fight the ailment.

As his health became worse Dominic wrote his last wish addressing to Dr. Gilada and PHO in which he said that if he were to die in Mumbai then he wanted to be cremated according to Hindu rites as Hindus had lovingly taken care of him until his last breath. And if he were to pass away in Goa, his hometown, then he said it would be in a poor man’s coffin.

Dominic passed away in Mumbai and the four members mentioned above, three doctors and one social worker, were at the funeral. He was cremated as per last rites of Hindus. Dominic’s case made headlines in the daily media and people were aware about what was happening to him as he was fighting for his life. At that point the four people decided that when anyone one among them dies then others of the group would definitely attend the funeral. So the promise to help each other was about being there for each other.

*Jayashree Lengade-Shetty worked as a print and television journalist in Press Trust of India, Zee Group, ETV News and Reuters. As a journalist she has covered AIDS awareness activities in Mumbai, Pune and other towns in Maharashtra State, and also in neighbouring Karnataka State.
To her activity contributed her husband Mr Gopal Shetty a Mumbai-based photo-journalist who has worked with local newspapers and was a photo stringer for  agencies  AP and Reuters. During the eighties and nineties foreign news agencies were interested in knowing how India coped with this dreaded ailment. At the time, he began to cover extensively AIDS awareness activities of NGOs in Mumbai. In Mumbai, the PHO was a pioneer in rendering yeomen service in HIV/AIDS and Shetty covered all their activities, which included educational and awareness programmes, rallies and marches through the streets of Mumbai, plight of sex workers, their children and their poor living conditions. Shetty has held photo exhibitions in India, Germany and Japans 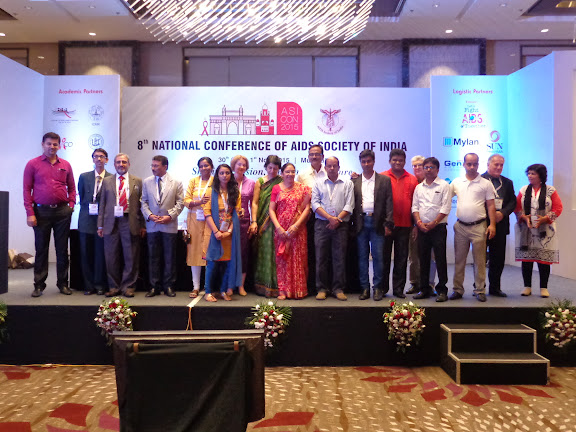 Did you attend the Meeting? How would you rate it from the scientific and clinical point of view? The young participants were invited to express their comments and requests for the next meeting. Let us know your considerations.