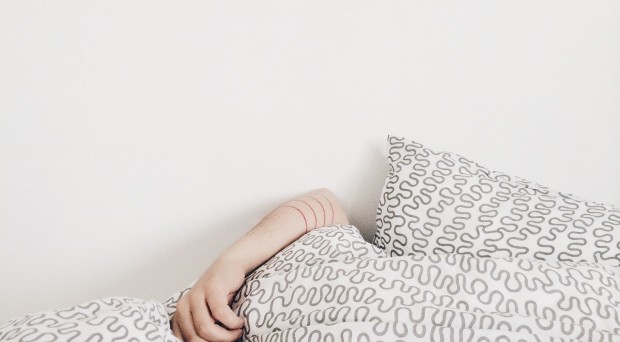 Why do we go to sleep?
Pixabay

When the alarm rings on a Monday morning most of us feel that waking up is not easy. But evolution has of course ensured that a sudden sound will reconnect our muscles with our brain and rouse us into action. Going to sleep is the deeper mystery. Why take the risk? What happens when we sleep?

Since 1924, when the German psychiatrist Hans Berger first measured the voltage difference between two electrodes taped to the scalp of a human subject, we have known that the electrical activity of neurons synchronizes as we fall asleep – hence the low frequency ‘slow’ waves that characterize deep sleep.

Short bouts of a different kind of sleep – REM sleep – in which our eyes move rapidly (standing for Rapid Eye Movement) and the EEG trace of neuronal activity resembles that of the waking brain, are associated with dreams and occur with increasing frequency and duration as the night progresses. Both these types of sleep seem to be critical for learning and memory, while slow wave, nonREM sleep appears most important for restoring energy.

How are these changes of brain state orchestrated?

A recent commentary in BMC Biology notes that the great neuroanatomist, Ramon y Cajal boldly predicted 120 years ago that astrocytes send the brain to sleep.

Interspersed between the neurons that make up our grey matter, these stellate cells extend thousands of fine processes that end either close to a neighboring blood vessel or at one of the neighboring synapses that transmit signals between neurons.

Cajal observed astrocytes and their processes through his microscope, and seeing the close proximity of their end-feet to synapses he boldly hypothesized that if they were reversibly inserted across the synaptic cleft they could act as a circuit breaker, pausing neurotransmission during sleep.

Cajal is acknowledged to have been one of those outstanding scientists that today’s researchers are still catching up with. Was he right about sleep? Not quite. All we have learned about astrocytes since Cajal suggests they actively support and modulate neural activity, and they have been implicated in the homeostatic regulation of sleep, but there is no evidence that they ever block neurotransmission.

So do astrocytes modify their behavior in sleep versus wake?

Exploring this at a molecular level, research by Michele Bellesi, Luisa de Vivo, Giulio Tononi and Chiara Cirelli, recently published in BMC Biology probes astrocyte gene expression in the forebrains of sleeping versus awake versus awake and sleep-deprived mice.

To look specifically at the genes being actively transcribed in astrocytes, the researchers genetically engineered their mice to express a fluorescently labelled ribosome subunit under the control of a promoter active in astrocytes but not other brain cells, allowing the selective capture of polyribosomes from just these cells.

The gene expression profiles thus obtained seem to show that astrocytes work harder when the brain is awake; 396 genes were more highly expressed in awake mice (and cell metabolism genes were enriched among these) whereas only 55 genes were more highly expressed in sleep (a particularly interesting example being the gene encoding a transporter (MCT1) involved in the astrocyte-neuron lactate shuttle, whose activity in the hippocampus is essential for long-term memory formation ).

What did they find?

What they found supports Cajal’s hunch that movement of astrocyte processes at the synapse has role to play in sleep, but with a significant revision of his original hypothesis.

The astrocyte endfeet ensheath synapses more closely in periods of wakefulness, and retract during sleep. A possible explanation for this, and one Bellesi et al favour, hinges on the known function of astrocytes in actively mopping up the glutamate released at excitatory synapses so that neurons can repolarize ready to fire again.

Should glutamate spill over and affect neighboring synapses, the ability of a neuron to fire independently will be lost. But this is just what happens as we fall into slow wave sleep. So retraction of astrocyte end-feet from synapses could contribute to the neural synchronization that replaces independent firing.

A similar retraction from the blood vessel walls would create additional space around the blood vessels. This space is known as the glia limitans, and it allows for the influx of nutrients from arterioles and the efflux of toxic metabolites from the brain into the lymph in a process known as ‘glymphatic’ drainage. Recent studies have observed a 60% increase in extracellular space in the brain during sleep, and this is associated with increased glymphatic flow.

As Tso and Herzog point out in their commentary, the new work is correlative, and as yet we lack definitive evidence that movement of astrocyte endfeet actively regulates sleep. But when your head next hits the pillow, you might like to imagine your astrocytes just letting go, and the symphony of sleep taking over.

Deputy Editor at BMC Biology
Penelope left the research bench to work as a scientific editor in the last century, and is already thinking about what kind of world her grandchild will grow up in.