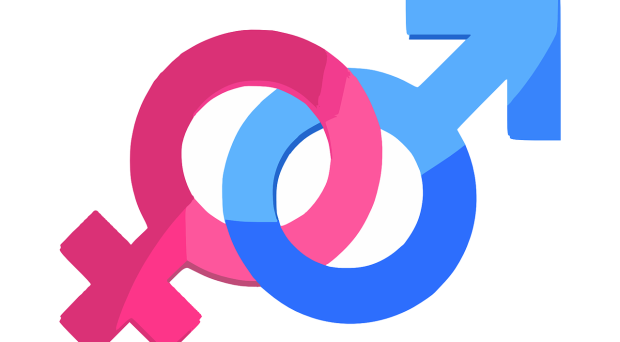 Arthur P. Arnold is currently a Distinguished Professor of Integrative Biology and Physiology at the University of California, Los Angeles and Director of the UCLA Laboratory of Neuroendocrinology.

His research focuses on factors that cause sex differences in phenotype and disease in vertebrates. He has contributed to the discovery and development of several vertebrate models for studying sexual differentiation.

What are the aims of the journal?

Biology of Sex Differences is a forum for presenting and discussing original research into the causes and ramifications of sex differences in physiology, behavior, and disease. The journal emphasizes an important set of issues that are subordinated in traditional biomedical journals, many of which do not require authors to identify the sex of the animals or cells in published articles.

As a result, the biomedical literature is male-biased, and the relevance of research findings to females is sometimes open to question. The comparison of the two sexes, championed in Biology of Sex Differences, offers considerable advantages for improving the quality of biomedical research and making it applicable to both sexes.

The study of sex differences is a field itself, involving concepts and experimental paradigms to understand sex chromosomes, gonadal hormones, and downstream sex-biased pathways that have rather striking effects on normal functions and disease.

Biology of Sex Differences provides a platform for investigators to exchange ideas and experimental results to determine when the two sexes differ, and which factors cause the differences. Often a sex-biasing factor is protective in one sex, reducing the incidence or progression of the disease relative to the other sex.

How has research into sex differences changed during your time as Editor-in-Chief?

Several major changes are underway. Sex differences were once expected to occur predominantly in tissues controlling reproduction, but are now understood to impact every organ of the body.

The revolution in molecular genetics and the recent analysis of many sequenced genomes has led to much greater understanding of the genes on the X and Y sex chromosomes, which are the origin of all sex differences in mammals.

The revolution in molecular genetics and the recent analysis of many sequenced genomes has led to much greater understanding of the genes on the X and Y sex chromosomes, which are the origin of all sex differences in mammals.

This change has allowed investigators to ask a host of new questions. Although inherent sex differences have been discovered in gene expression that have a profound impact on the incidence and progression of many diseases, the gene pathways that explain sex differences in diseases are only just beginning to be understood.

At the same time, funding agencies, such as the US National institutes of Health, have begun to require that even basic biomedical research, involving studies of cells and animals, be relevant to both sexes.

Beginning in 2016, the National Institute of Health will require all grant applications to deal with the issue of relevance to both sexes. Thus, the scientific revolution in understanding of sex-biased forces converges with changes in policy, considerably shifting research towards greater appreciation of both sexes. The ramifications of these changes will play out in the coming decades and will be chronicled in Biology of Sex Differences.

Are there any specific articles in the journal that you think have contributed to the Impact Factor success?

Biology of Sex Differences published outstanding articles since its inception in 2010. Among these were a pair of highly influential papers that used detailed psychophysical measurements to discover that men and women differ in their visual perception.

In addition to many other excellent primary literature reports, the journal has published insightful review articles that summarize concepts and experimental findings regarding sex differences in a broad array of diseases, including hypertension, autoimmune diseases including multiple sclerosis, obesity and metabolism, cardiovascular disease, human brain imaging, and stress and mood disorders.

Articles in Biology of Sex Differences report on species from insects to humans, and include commentaries on basic concepts of sex and gender issues, recent funding policies and best practices for conducting research.

What do you hope the journal will achieve in the future?

Biology of Sex Differences is an educational resource promoting scientific excellence. First, the goal is to educate scientists who work in the field of sex differences. In this domain, the point is to discuss cutting-edge theories and experimental tests of theories, to advance the field.

Second, the goal is to educate the large majority of biomedical scientists, who are unfamiliar with concepts and experimental paradigms and findings relevant to sex differences in physiology and disease.

These scientists may soon be drawn to the study of sex differences in increasing numbers, especially if the increased comparison of the sexes uncovers basic differences between the sexes that need to be understood before there can be sophisticated appreciation of biological and disease processes themselves.

With education and scientific excellence in mind, Biology of Sex Differences pursues the goals of rapid, balanced, and fair review of manuscripts to assist authors to improve the impact of their communications.

The largest challenge currently is the mind set of scientists who believe that sex differences are not fundamental.

What challenges and opportunities do you think there will be accomplishing this?

The largest challenge currently is the mind set of scientists who believe that sex differences are not fundamental.

This mind set is reflected in journal policies that do not require identifying the sex of animals or tissues, in mission statements of funding agencies that do not mention the importance of including and comparing the two sexes, and in grant and manuscript reviewers who undervalue the comparison of the sexes.

The greatest opportunity is to contribute to an exciting cultural change in which study and comparison of the two sexes is seen as a basic requirement rather than an afterthought.